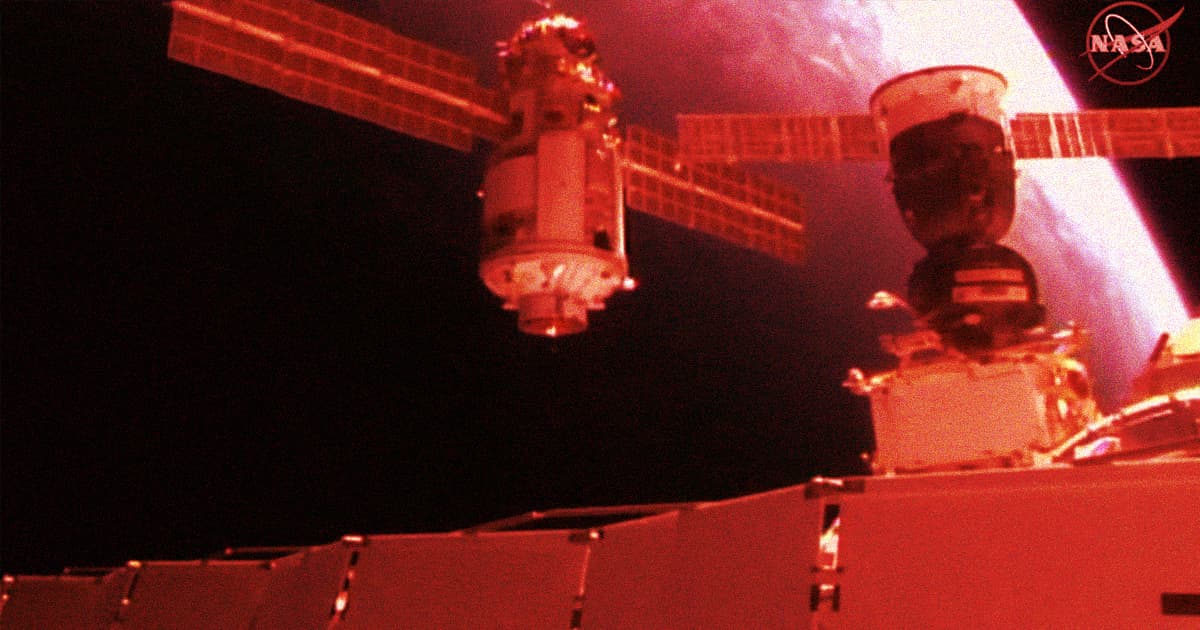 Going for a Spin

The entire ISS just spun out of control by 45 degrees.

The entire ISS just spun out of control by 45 degrees.

"The crew was never in any danger," NASA said in a statement, according to the Houston Chronicle. "We do not know why the Nauka thrusters began to fire. That is not clear at this point."

The entire space station spun uncontrollably by 45 degrees out of attitude, according to a tweet thread by NASASpaceFlight managing editor Chris Gebhart.

Harvard astronomer Jonathan McDowell isn't so sure that the crew was not in danger.

"I'm not convinced they understand the issue well enough to be able to say that right now," he wrote in a tweet.

McDowell also posed the question of how serious the danger was.

"Does anyone know what rotation rate would cause major things to start falling off the ISS?" he mused, adding that "I want to know how close we got to a solar panel breaking off."

And in an email to Futurism, a NASA spokesperson seemed to imply that the space agency was still getting a grasp on the story.

"We're planning a media telecon for later this afternoon, and will be issuing a media advisory as soon as we have it set up," she said.

In an update on Twitter, though, NASA said that "crew members are safe and will scrub their schedules for today in order to focus on recovery efforts following the unexpected loss of attitude caused by the Russian Nauka module's thrusters firing."

"The station is back in attitude control and is in good shape," NASA's update reads.

According to a tweet by NASASpaceFlight managing editor Chris Bergin, "it appears Nauka's flight computer thought it was still trying to dock."

Meanwhile, a cryptic announcement by Russia's space agency Roscosmos seemed to imply that a fix to a software problem was underway.

The story will be updated.