Who will be first? Tom Cruise or the Russians? 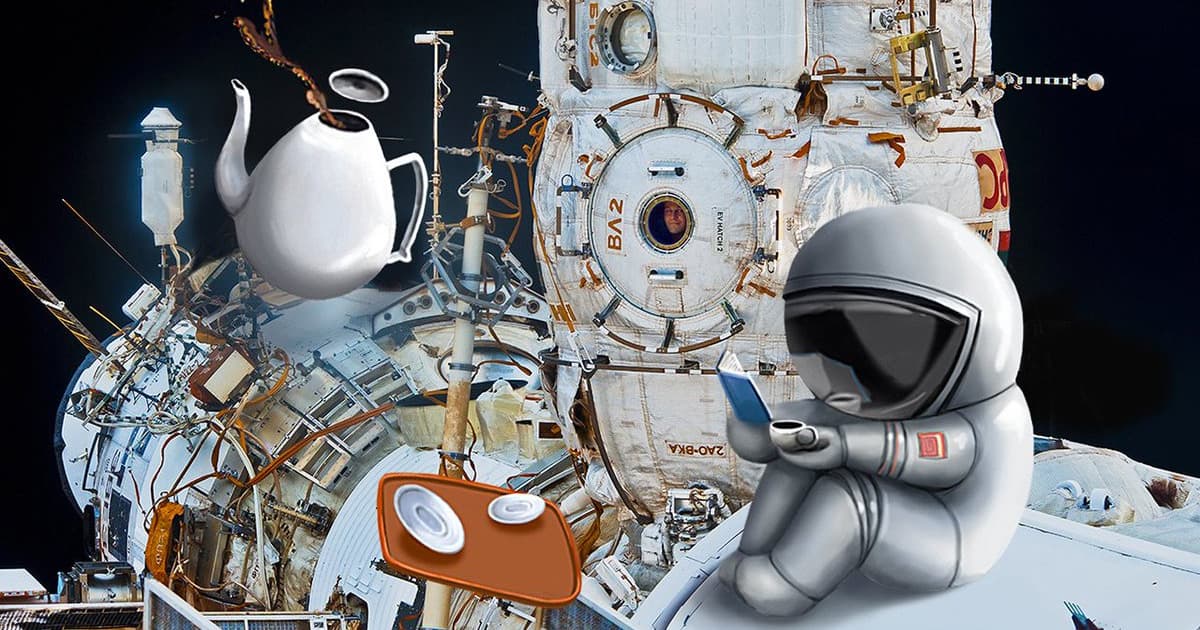 Tom Cruise is officially in an international race to become the first movie star to shoot footage in space.

According to a statement by Russian space agency Roscosmos, Russia wants to become the first country in the world to make a movie in space.

Yellow, Black and White studio, one of the largest production studios in Russia, is behind the efforts, according to the news.

"The plot will include a flight to the International Space Station (ISS) scheduled for autumn 2021 on the Russian Soyuz MS crewed spacecraft," reads the statement. "The protagonist to fly to the ISS, as well as his backup will be selected during an open contest."

Most of the logistics surrounding the film are still being discussed, including the name of the movie, cast, the plot itself, and how exactly they will film a movie in space.

Roscosmos doesn't beat around the bush when it comes to the purpose of the film.

"The movie is aimed to popularize Russia’s space activities, as well as glorify cosmonaut profession," reads the statement.

The news comes after Hollywood A-lister Tom Cruise reportedly partnered with SpaceX to film an action movie in space. "NASA is excited to work with Tom Cruise on a film aboard the Space Station," NASA administrator Jim Bridenstine tweeted following the report in May.

"Should be a lot of fun!" SpaceX CEO Elon Musk retorted.

More on movies in space: Tom Cruise Partners With SpaceX to Film Movie in Space

Read This Next
Racing to the "Finish" Line
Russia Says It Has Approved an Untested COVID Vaccine
A Poopy Problem
The Space Station Is Getting a New Toilet
Fire! Fire!
NASA Is Setting a Fire Inside a Spaceship
Bad Rocket
Report: There's a Critical Flaw in Russia's New Heavy Lift Rocket
Futurism
Governments Keep Trying To Shut Down Messaging Apps, But It Never Works The Way They Hope
More on Sci-Fi Visions
Intern Return
Yesterday on the byte
Oops! Facebook Tells Interns It Already Hired That It Can't Afford Them Anymore
Cool MMArk
Wednesday on the byte
Mark Zuckerberg's Wife Looks Absolutely Horrified by His New Hobby
Star Yard
Wednesday on the byte
Huge Graveyard of Stars Surrounds Our Galaxy, Scientists Say
READ MORE STORIES ABOUT / Sci-Fi Visions
Keep up.
Subscribe to our daily newsletter to keep in touch with the subjects shaping our future.
+Social+Newsletter
TopicsAbout UsContact Us
Copyright ©, Camden Media Inc All Rights Reserved. See our User Agreement, Privacy Policy and Data Use Policy. The material on this site may not be reproduced, distributed, transmitted, cached or otherwise used, except with prior written permission of Futurism. Articles may contain affiliate links which enable us to share in the revenue of any purchases made.
Fonts by Typekit and Monotype.