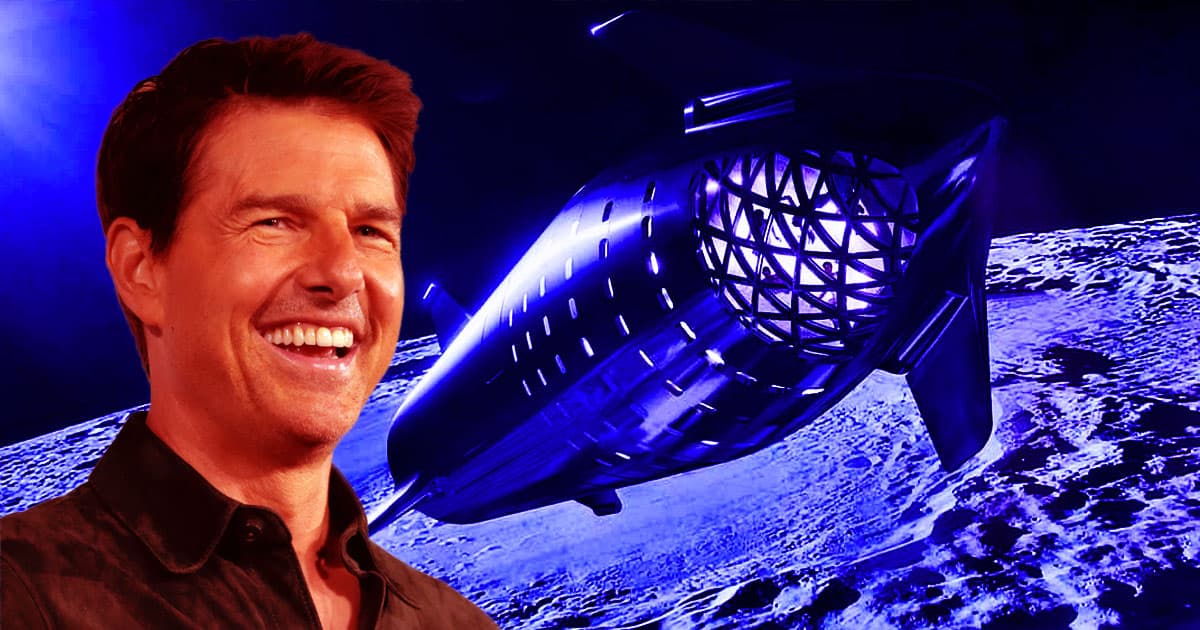 Tom Cruise Partners With SpaceX to Film Movie in Space

Famed actor and Oprah-couch-jumper Tom Cruise is reportedly trying to film an action movie in space.

There's no studio backing the project yet, but Deadline reports that Cruise has partnered with SpaceX to make it happen. If it comes to fruition, the untitled project would be the first narrative feature film to be filmed in space.

Tom Cruise is known for performing his own stunts — and occasionally getting injured doing so. As Deadline notes, films in the "Mission Impossible" series have had to adjust their schedule around Cruise's stunt-related injuries, like when he broke his ankle jumping across rooftops.

It's difficult to imagine a way for Cruise to raise the stakes for himself higher than going into orbit — though for now there are so few details available about the project that it's also difficult to know exactly what he would be able to do while he's up there.

READ MORE: Out Of This World! Tom Cruise Plots Movie To Shoot In Space With Elon Musk’s SpaceX [Deadline]