Dogecoin Spikes After Elon Tweets About Helping Its Developers 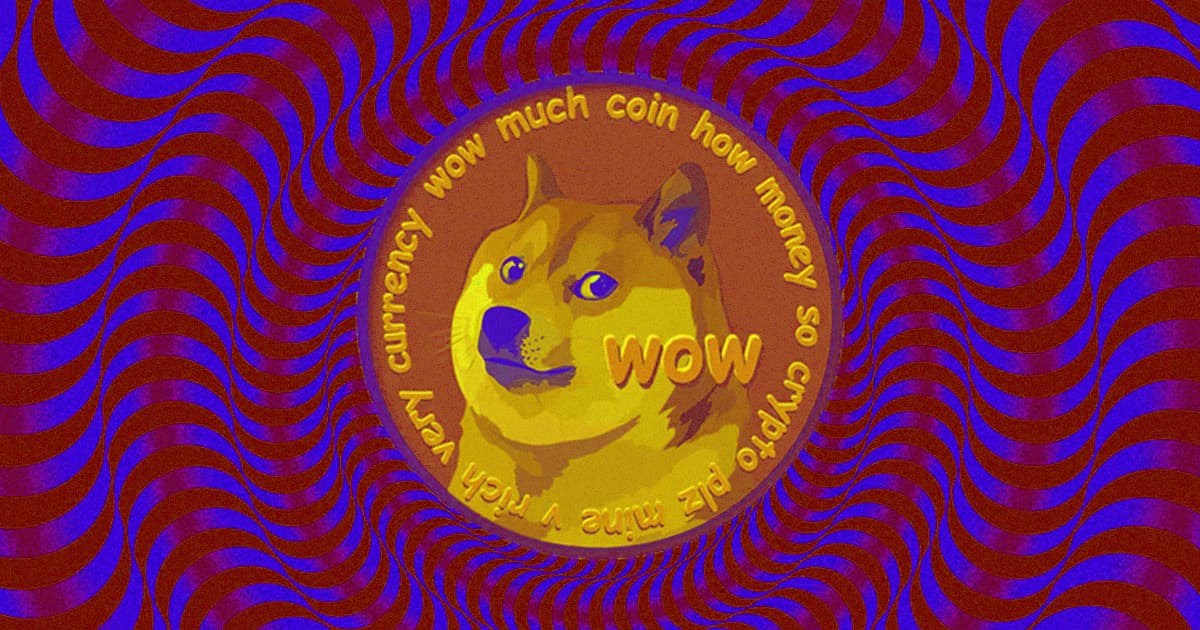 A day after publicly announcing that Tesla is no longer accepting Bitcoin as a form of payment, citing the currency's negative impacts on the environment, CEO Elon Musk suggested that he was working with the developers of Dogecoin to make it more environmentally friendly.

Surprising nobody, the endorsement from the richest man in the world sent the value of Dogecoin soaring. According to Coindesk, its value is up more than 43 percent up since Musk's tweet, recovering from a low of $0.39 before it to a high of $0.56 on Friday morning.

Musk's tweets have repeatedly sent the value of Dogecoin on a rollercoaster. Most recently, the runup to his appearance on "Saturday Night Live" first sent the token soaring to an all time high of $0.74 — and then caused it to come crashing back down as soon as he appeared on screen.

Most recently, Musk reversed course on Bitcoin, which Tesla had recently started taking as payment for electric vehicles.

"Tesla has suspended vehicle purchases using Bitcoin," Musk wrote in a Wednesday statement on Twitter. "We are concerned abut rapidly increasing use of fossil fuels for Bitcoin mining and transactions, especially coal, which has the worst emissions of any fuel."

China has increasingly made use of coal to power massive Bitcoin mining stations, heightening the cryptocurrency's already sky-high environmental toll.

It's still unclear what exactly drove Tesla and Musk to ditch the token at this exact point in time, since Bitcoin mining practices have long been immensely environmentally harmful thanks to the immense amount of computing power required to produce more of the digital currency.

Whether Dogecoin will ever become the shiba inu-themed savior that will turn cryptocurrencies green is anybody's guess.

But experts aren't exactly optimistic, since both Dogecoin and Bitcoin mining require the completion of proof of work, a process that's taxing on computer hardware.

"The thing is, if something runs on proof of work, which is the case in Dogecoin, then it’s just as bad as bitcoin," cryptocurrency economist Alex de Vries told The Verge in an interview published on Thursday.

As of right now, Bitcoin accounts for some 55 million metric tons of CO2 annually, according to de Vries, which is about the same as the nation of Singapore. Dogecoin may have less of an impact — but there's a simple reason for that.

"The impact that Dogecoin has currently is a lot smaller than bitcoin, but that’s because the value of Dogecoin is a lot less and these things are directly related with each other," de Vries told The Verge.  "There is a direct relationship between the value of these assets, how much money is being earned by the miners, and how much they’re spending on electricity."

In other words, Elon Musk hiking up the value of Dogecoin is directly impacting the amount of electricity needed to mine it.

"Very simply said, the more valuable an asset, the more money will be made by miners, the more they will spend on resources like hardware and energy," de Vries added.

Which explains why Musk is invested in working with the token's developers to improve efficiency.

Whether improving transaction efficiency could be enough to offset the electricity needed to mine it in the first place is still to be seen, however.

Efficiency or not, Musk's space venture SpaceX is already planning on sending a Doge-funded satellite to the Moon. Maybe then, we will start to see the limits of Dogecoin.