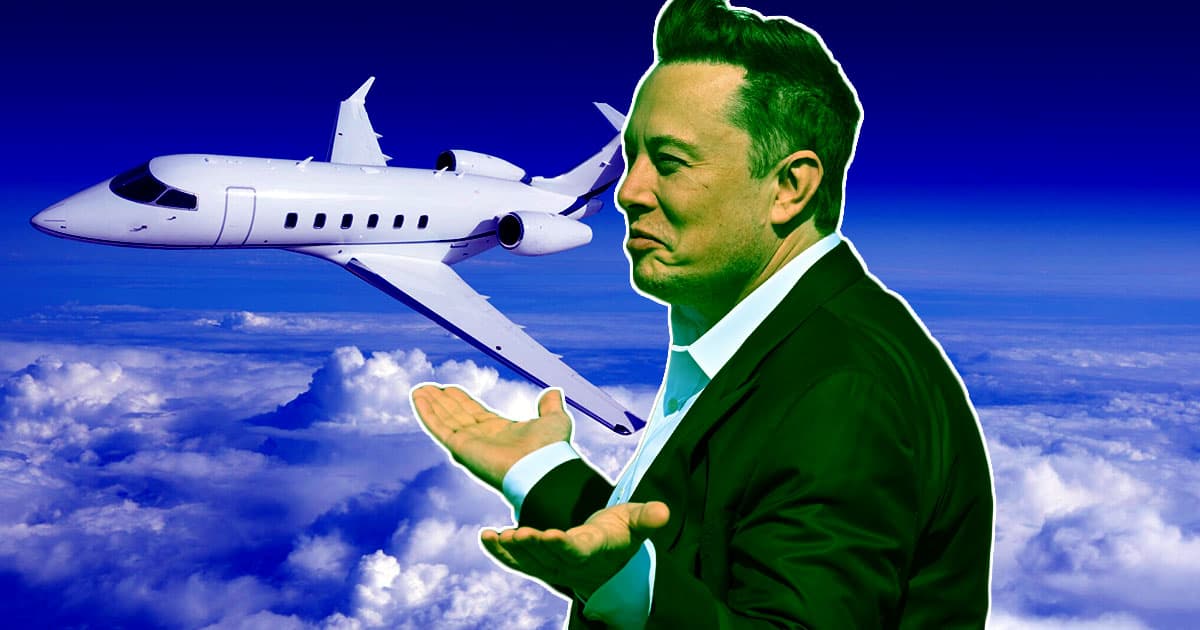 Elon Musk's Teen Stalker Yeets Himself Into 15 Minutes of Fame

One Florida teen is converting Elon Musk's anger into his very own 15 minutes of fame.

Last week, 19-year-old Jack Sweeney made headlines when Musk tried and failed to get him to delete an automated Twitter account that tracks the Tesla and SpaceX CEO's private jet flightpaths. For Sweeney, the paltry $5,000 offer from the world's richest man was far from enough — but he told Musk that $50,000 and an internship might do the trick.

Although Musk told Sweeney he'd consider the proposal, he's since ghosted and blocked the University of Central Florida student, the tech news site Protocol reported — and that's when the real "fun" began.

Sweeney has since told The Guardian that he also has bots tracking private jets owned by, among dozens of others, the rapper Drake and billionaires Mark Cuban and Bill Gates. Some of the bots are on Twitter, but he's also set up a rudimentary "Ground Control" site to sell bespoke tracking to monied fanboys (which, to be clear, feels like an invasion of privacy and also seems to be a poor use of this kid's enviable flight-tracking skills).

Beyond just selling his bot services, however, Sweeney told Business Insider that he's now selling shirts to fund Ground Control that feature the infamous still frame of Musk smoking weed on Joe Rogan's show in 2018, along with the pithy catchphrase "I Know How High Elon Is."

Though he's currently in the business of tracking the flights of the uber-rich, Sweeney told The New York Post that he's been offered a job with the Jacksonville-based Stratos Jet Charters company, which is perhaps best known for accepting Bitcoin for private jet charters.

While it's easy to get swept up in the clout this teen is trying to build around himself with the willful help of hungry media, so much of this story — from Sweeney's passive dismissal of privacy issues to the memelord merch he's selling — drive home the fact that the star of this story is just a kid.

He may not be West Elm Caleb, but the "Elon Teen" might be a little in over his head — or, at very least, may be letting all the attention gas him up as much as the billionaire who's made him momentarily famous.

READ MORE: The teen tracking Elon Musk's jet also does Jeff Bezos' and 125 others: I can make 'some kind of business out of this' [CNBC]