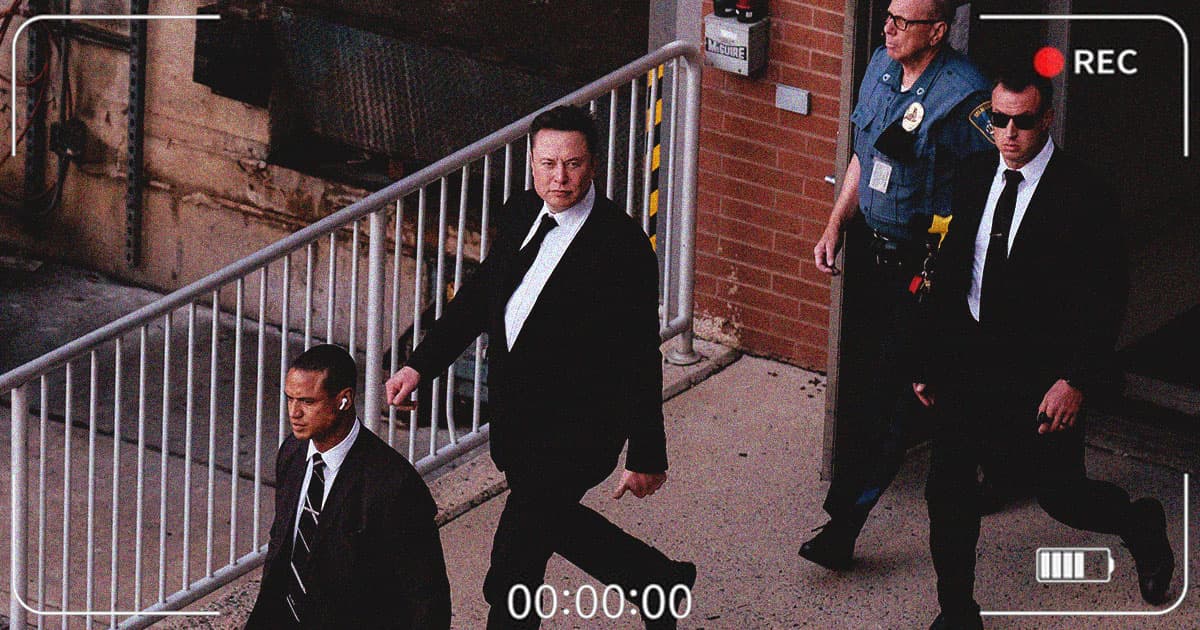 “We want to keep Elon and his family safe."

“We want to keep Elon and his family safe."

Tesla CEO and belt buckle evangelist Elon Musk wants some damn privacy — or, at least, for people to stop stalking his location.

The billionaire tweeted that people stalking his location has become a "security issue" after a weekend of rumors that he would be visiting Tesla’s Gigafactory in Berlin, Germany. His post specifically came in response to a Twitter thread from Tesla watcher Sawyer Merritt admonishing such behavior.

"Going forward I won't be posting any reported travel plans for Elon Musk," Merritt tweeted. "I would encourage others to do so too. I'm sure Elon doesn't want that stuff reported and at the end of the day, we want to keep Elon and his family safe."

It should go without saying: Don’t stalk anyone — let alone Elon Musk. It’s creepy and weird, plus you almost certainly have better things to do.

Merritt fessed up to the behavior himself, deleting an earlier tweet referencing Musk’s potential travel to the Gigafactory. As commendable as his actions are, however, it’s unlikely to stop the numerous blogs and Twitter accounts dedicated to unearthing and signaling Musk's precise location.

Look, we get it. Stan culture is a helluva drug. But sometimes the best way to show your heroes that you support them is to respect their privacy.

More on Musk: Elon Musk’s Tunnel Mocked for Getting Its Own Traffic Jam