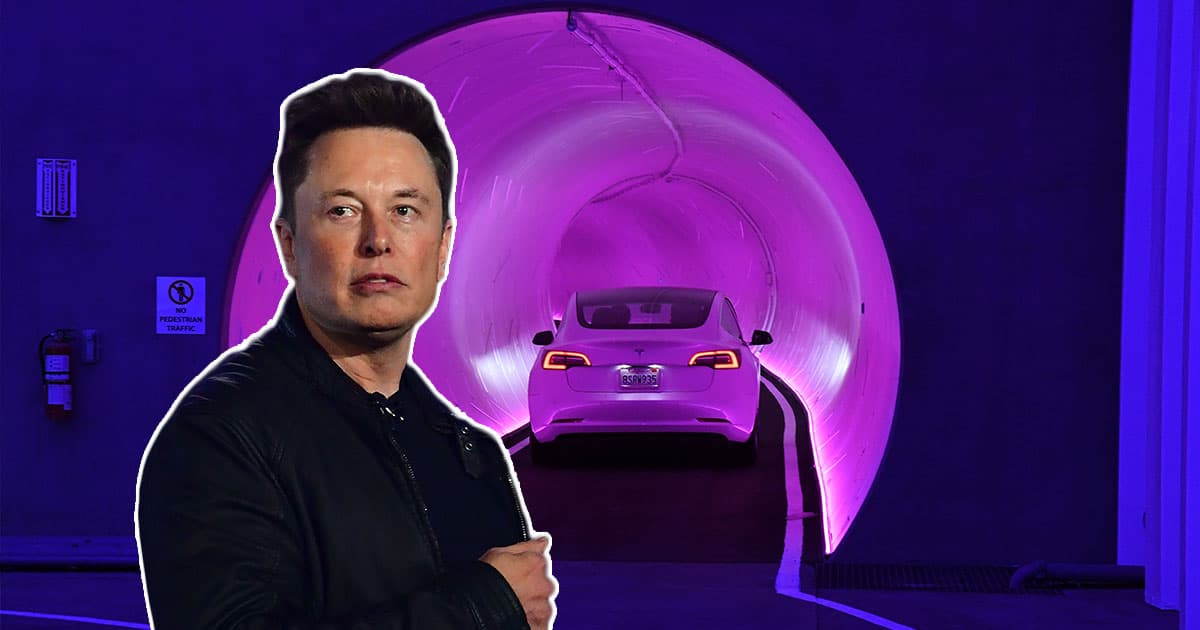 Elon Musk's Tunnel Mocked for Getting Its Own Traffic Jam

Elon Musk is determined to solve our traffic woes by moving traffic underground with his Boring Company venture.

But in an ironic twist, the company's visitor-ferrying tunnel at the Las Vegas Convention Center is starting to experience traffic jams all on its own during this year's CES, the world's biggest tech show.

"So is there often a lot of traffic here?" one passenger asked in a video shared on Twitter, which showed a pile up of stationary Tesla vehicles inside the single-lane tunnel. The driver in the video explained that the doors at one of the stops were closed, likely causing the debacle.

The Convention Center Loop connects the convention center's West and South Hall, allowing visitors to cover the 1.7 miles by hopping in a Tesla underground.

Unsurprisingly, having thousands of people pack into cars and then driving them down a single-lane tunnel is bound to end up with exactly the problem the Boring Company is trying to solve: traffic jams. Remember, Musk first proposed the Boring Company specifically because he was annoyed by slow traffic.

Even worse, the tunnel is barely wide enough to allow the vehicles' doors to open fully — not exactly ideal in the case of an emergency. According to documentation filed with the local fire department, drivers are trained to drive to the nearest station or reverse out of the tunnel.

Last year, Musk argued that "it’s either traffic forever or tunnels" in a tweet, encouraging his followers to try out the tunnel. Now it sounds like, unfortunately, it's both.

Many have long pointed out that the design of the Loop, Tesla vehicles and all, wasn't exactly going to revolutionize transportation in any meaningful way. And now we have proof that the system is quick to buckle under pressure.