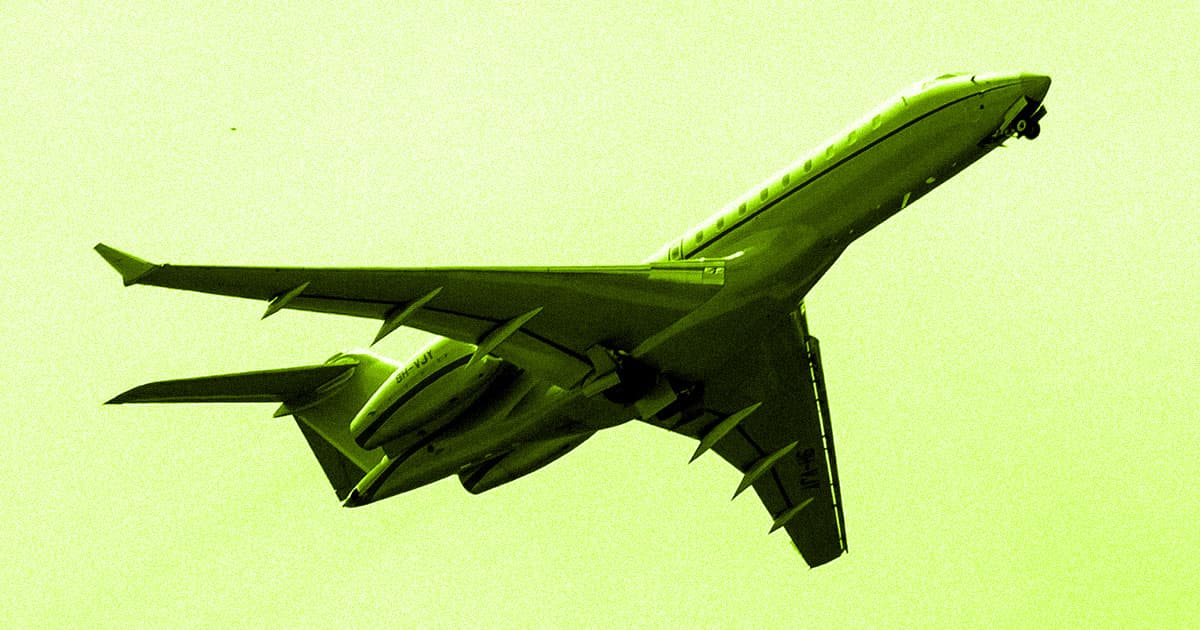 "The aircrafts these oligarchs have are absolutely crazy."

"The aircrafts these oligarchs have are absolutely crazy."

Remember the teenager who tried to get Elon Musk to pay him $50,000 to stop tracking his private plane flights? Well, he’s at it again. And this time, he’s set his all-seeing sights on Russian oligarchs.

Jack Sweeney, the 19-year-old flight stalker who yeeted himself to 15 minutes of fame for stalking the Tesla CEO, has created new Twitter accounts that track the movements of Russian billionaires — including Russia’s president Vladimir Putin. This all comes on the heels of Moscow’s full-scale military invasion of Ukraine.

So yeah @PutinJet is live now :), don't expect this to be too accurate though there are a dozen VIP Russian planes, and ADS-B coverage isn't great in Russia.

If you want to keep tabs on which private island these billionaires are escaping to in the wake of devastating economic backlash against Russia, you can head on over to @RUOligarchJets or @PutinJet on Twitter.

In all, the accounts track more than 40 airplanes connected to the country’s wealthiest individuals.

"The aircrafts these oligarchs have are absolutely crazy," Sweeney told Bloomberg. "Their planes are huge compared to other jets."

So yeah, it turns out the kid who tried to squeeze Musk gets some more time in the spotlight. While his actions certainly bring up questions of privacy and security for the likes of Musk, what he’s doing against the ultra-wealthy of Russia seems pretty defensible — especially in light of the invasion of Ukraine.

More on Russia: As Tensions Soar With Russia, NASA Buys a Ton of SpaceX Astronaut Launches