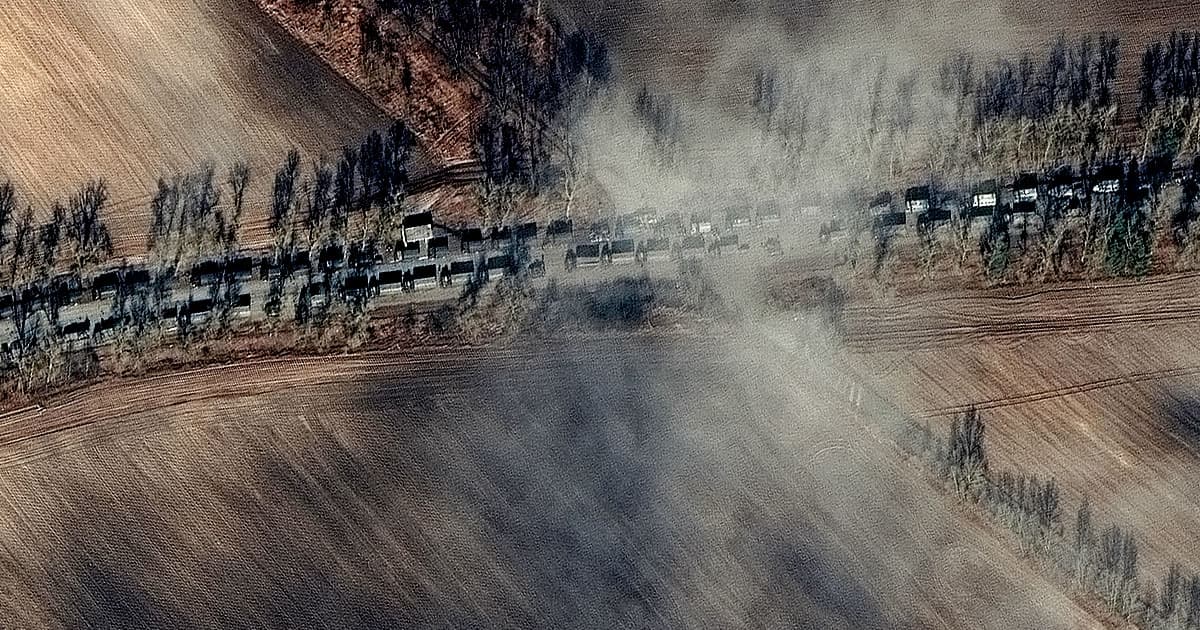 You've Arrived At Your Destination

Google Disables Maps in Ukraine After It Revealed Troop Movements

The traffic data could be used to aid the Russian military.

The traffic data could be used to aid the Russian military.

You know how Google Maps lets you know if there’s going to be traffic en route to your destination? Well, it turns out that data could prove incredibly dangerous in the wrong hands.

That’s why Google’s parent company Alphabet decided to temporarily disable live traffic data on its Maps app in Ukraine, Vice reports. The company confirmed the move on Sunday after consulting with Ukrainian officials as the country fends off an invasion by the Russian military.

While map apps are typically used to help civilians navigate the roads, they can also offer surprising insights to keen-eyed observers. For example, the fitness app Strava once released data about its users' running routes and accidentally revealed the locations of secret military bases.

"I think we were the first people to see the invasion," Lewis told Motherboard. "And we saw it in a traffic app."

While Lewis used the data to witness the invasion of Ukraine in real time, he stressed that the data could also risk the lives of civilians as well as the Ukrainian military.

"I think big data companies often don’t want to face squarely how useful their data can be," Lewis told Motherboard. "I mean, it’s cool when we do it, right? It’s maybe less cool if the Russians were able to do something similar to, you know, spotting an offensive from Ukrainians."

So it only makes sense that Alphabet decided to temporarily cut off the service while war wages in Ukraine. Regardless, it’s a sobering example of how even the most banal technologies can have unintended consequences.