"Folks... do not understand Tesla’s culture." 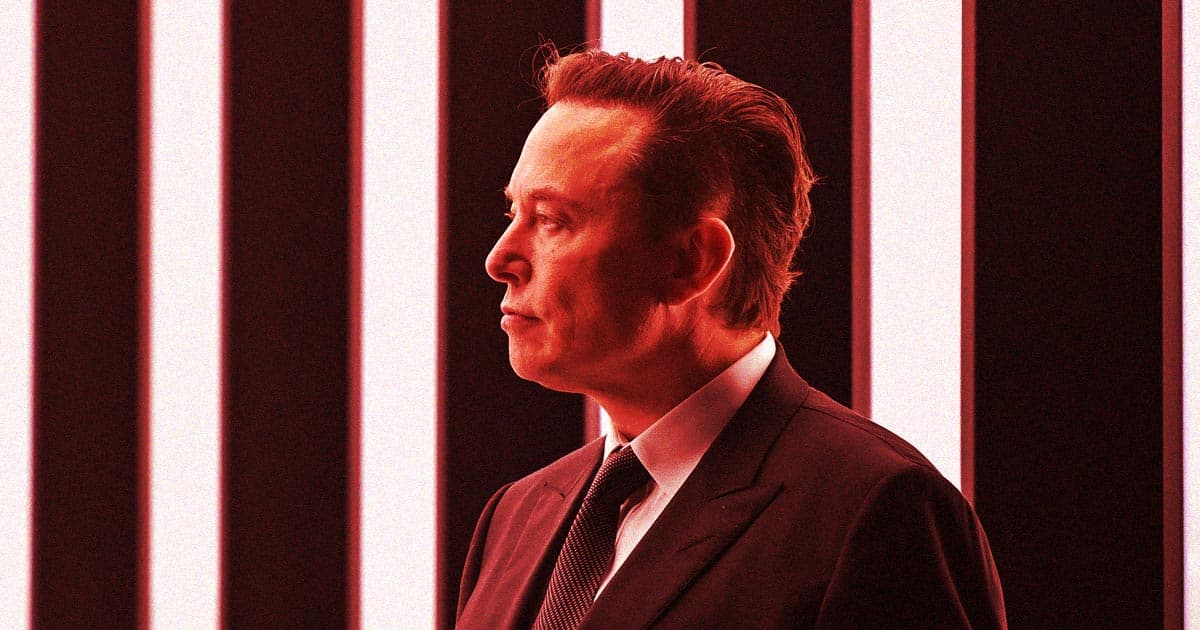 According to internal emails obtained by Electrek, Tesla CEO Elon Musk told employees at the electric carmaker to resume full time work the office — or quit.

"If you don’t show up, we will assume you have resigned," Musk wrote in one of the emails. "Anyone who wishes to do remote work must be in the office for a minimum (and I mean *minimum*) of 40 hours per week or depart Tesla."

It's par for the course for Musk, who has long reigned over his companies with an iron grip, characterized by long hours and backbreaking deadlines. Meanwhile, work culture has been notoriously problematic across both Tesla and SpaceX, with persistent reports of racism as well as health and safety concerns.

His latest comments gained substantial media coverage — as they often do — with Musk being painted as a workaholic CEO drawing a line in the sand.

It's worth noting, though, that many of Musk's employees are actually drawn to the grueling work environment he creates. As one former Tesla employee argued in the wake of the leaked email, his latest request might actually be welcomed — not shunned — by at least some at the company.

"Folks who think that Elon’s decision to remove remote work will piss off employees do not understand Tesla’s culture," former Tesla supply chain manager Farzad Mesbahi argued. "Workers will be significantly net HAPPY, because the hardships from not having folks on site to solve problems will be gone."

The reality, of course, is that Tesla has become a large employer, with around 100,000 workers across its numerous facilities, meaning that a vast variety of viewpoints are represented. Besides, employees working on the factory's production lines will have a very different working experience than those calling the shots in the boardroom.

The company has certainly benefited, especially early on, from employees who fully committed themselves to Musk's vision of a greener, electric car-filled future. After all, Musk has long preferred to surround himself with likeminded people, and he keeps notoriously busy.

In return, Tesla has made plenty of employees and executives — who took the company up on stock compensation options early on — very rich over the years.

Musk is clearly convinced that only full commitment, especially when it comes to hours spent at the office, will lead to the company's success. Either you agree with his mission statement — or pack your bags.

And that's especially true for the company's executives.

"The more senior you are, the more visible must be your presence," he wrote in a follow-up email. "That is why I lived in the factory so much — so that those on the line could see me working alongside them."

The billionaire CEO also reiterated his view that his own commitment to the company was what had saved it in the past.

"If I had not done that, Tesla would long ago have gone bankrupt," he wrote.

It's worth noting, of course, that Musk spends plenty of his own time these days vacationing, attending swanky events, and traveling the globe in his private jet.

But he demands adherence from others. At a car summit last month, Musk said that "I think there will be some very strong companies coming out of China," adding that "they won’t just be burning the midnight oil, they will be burning the 3am oil, they won’t even leave the factory type of thing, whereas in America people are trying to avoid going to work at all."

In short, Musk views American workers as lazy, something that aligns with his latest request.

Whether Tesla employees will take kindly to that kind of whip cracking, as Mesbahi argues, remains to be seen. Working conditions for Tesla factory workers are still under plenty of scrutiny, especially after Musk forced them to defy stay-at-home orders during the early days of the pandemic.

Other workers were reportedly fired after not coming to work citing health concerns, Quartz reported this week.

Musk is clearly not overly concerned with employee morale, given his tone. To him, only hard work brings the results.

Read This Next
The Saga Continues
SpaceX President Defends Elon Musk Against Sexual Misconduct Claims
Thanks Man!
After Sexual Allegations, Elon Musk Jets Off to Brazil
Wait Wait
Elon Musk Has a Ridiculous Excuse for Why He Suddenly Doesn't Want to Buy Twitter
Musk Gonna Musk
Experts Say That Elon Musk Has No Idea How Math Works
Market Madness
Bill Gates Says He's Quite Concerned About the Global Economy
More on Future Society
Degrees Celsius
Yesterday on the byte
Crypto Startup in Crisis Insists That Its CEO Isn't Trying to Flee the Country
Sweet Silence
Yesterday on the byte
Elon Musk Is Missing
Go Time
Monday on the byte
Hackers Declare War on Anti-Abortion States
READ MORE STORIES ABOUT / Future Society
Keep up.
Subscribe to our daily newsletter to keep in touch with the subjects shaping our future.
+Social+Newsletter
TopicsAbout UsContact Us
Copyright ©, Camden Media Inc All Rights Reserved. See our User Agreement, Privacy Policy and Data Use Policy. The material on this site may not be reproduced, distributed, transmitted, cached or otherwise used, except with prior written permission of Futurism. Fonts by Typekit and Monotype.