"There is no Tesla CEO today." 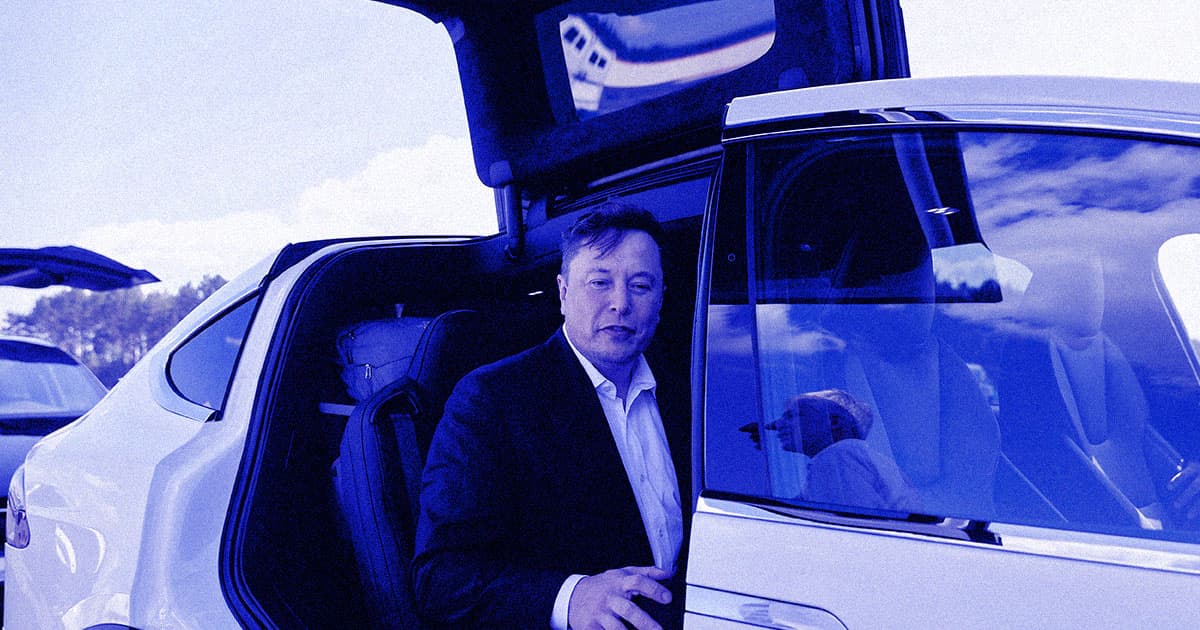 Tesla stocks are in yet another nosedive this week — and investors are getting increasingly furious at CEO Elon Musk, The Wall Street Journal reports, for failing to actually run the company during a time of crisis.

"There is no Tesla CEO today," tweeted Gary Black, a hedge fund manager who owns around $50 million worth Tesla stock.

Tesla's stock fell more than six percent on Monday, following a weekend whirlwind of disaster for Musk. Overall, it's lost well over half its value since the beginning of the year.

The billionaire CEO is still investing most of his time at Twitter, in a disastrous acquisition that's been fraught with controversy from the start.

As Twitter disintegrates, Tesla investors say it's inflicting serious collateral damage on Tesla's reputation. Just in the past week, Musk — who sold more than $19 billion in Tesla stock this year, $4 billion of which was used to finance his troubled acquisition of the social media company — took to Twitter to make transphobic jokes, lash out at former company executives, and spread COVID misinformation.

Understandably, Tesla investors aren't impressed by Musk's antics, and are blaming him for abandoning his role at the carmaker.

"The market voted today that the $TSLA brand has been negatively impacted by the Twitter drama," Black wrote. "Where before EV buyers were proud to drive their Teslas to their friends or show off Teslas in their driveways, now the Twitter controversy is hurting Tesla’s brand equity."

"It would be helpful to know what Elon's plans are," Gerber added.

Tesla has had a rotten year independent of Musk's Twitter drama. Shares are down dramatically, marking its worst year on record.

Meanwhile, Musk claimed over the weekend that he continues "to oversee both Tesla and SpaceX, but the teams there are so good that often little is needed from me."

That sentiment more or less coincides with NASA head and former astronaut Bill Nelson sighing in relief this week after being reassured that SpaceX was actually being run by SpaceX's president and COO Gwynne Shotwell — and, pointedly, not Musk.

In short, it's really starting to look like Musk, especially when it comes to his public image, is doing far more harm than good to his companies as of late.

Whether Tesla will be able to shake the massive shadow he's cast over any of his companies at this point is anyone's guess. But we'll be watching.

Read This Next
Stay Away
Tesla Is Having Extreme Trouble Hiring, for Some Reason
It Was the Tesla
Manslaughter Case Has a Strange Twist: Tesla That Killed Couple Was on Autopilot
Full Self-Delusion
Survey: 42% of Tesla Autopilot Drivers Think Their Cars Can Entirely Drive Themselves
Musk Antics
Elon Musk Has a Big Problem on His Hands
Please Elon
Why These Tesla Owners Are Going on a Hunger Strike Against Tesla
More on Advanced Transport
Kapow
Friday on the byte
Self-Driving Car Plowed Into Active Fire Scene, Forcing Firefighters to Smash Its Window
Netflix and Drive
Monday on futurism
Mercedes Claims to Have Achieved Level 3 Automation, Beating Tesla
Battery Trouble
Monday on the byte
Tesla "Spontaneously" Bursts Into Flames While Driving Down Freeway
READ MORE STORIES ABOUT / Advanced Transport
Keep up.
Subscribe to our daily newsletter to keep in touch with the subjects shaping our future.
+Social+Newsletter
TopicsAbout UsContact Us
Copyright ©, Camden Media Inc All Rights Reserved. See our User Agreement, Privacy Policy and Data Use Policy. The material on this site may not be reproduced, distributed, transmitted, cached or otherwise used, except with prior written permission of Futurism. Articles may contain affiliate links which enable us to share in the revenue of any purchases made.
Fonts by Typekit and Monotype.