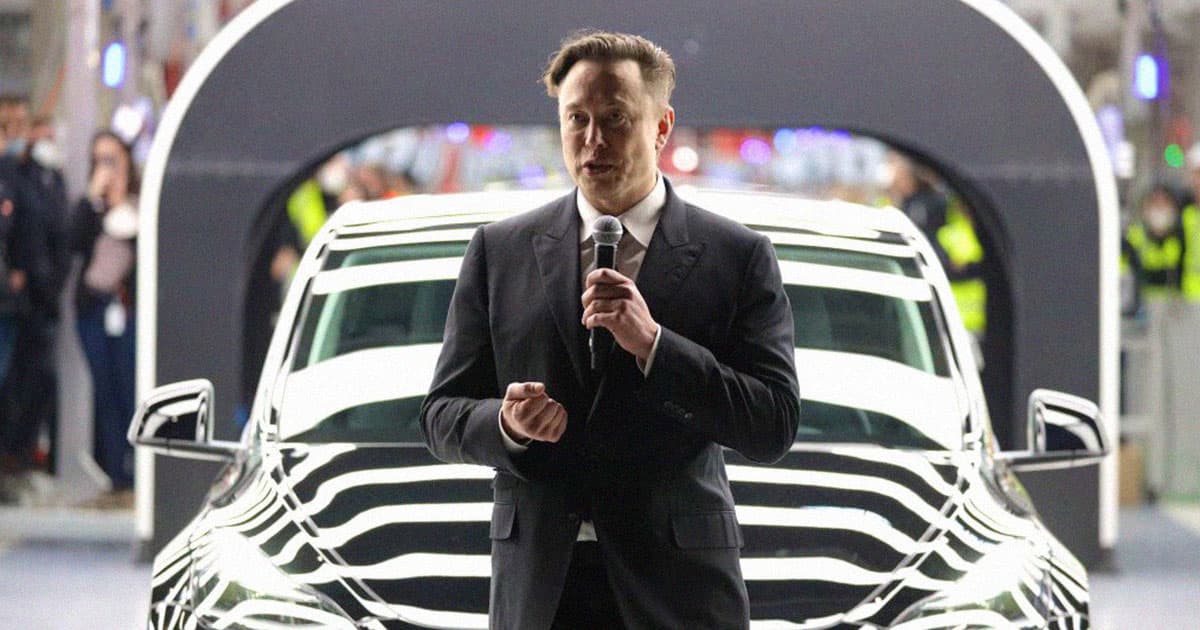 He promised he was done selling in August.

He promised he was done selling in August.

Months after claiming he was done selling Tesla stock, Tesla CEO Elon Musk has unloaded another $3.95 billion worth of Tesla shares, according to regulatory filings.

That means the billionaire CEO has sold around $36 billion worth of Tesla stock in the last twelve months, Reuters reports — a stunning selloff, and almost certainly a direct result of his ill-advised and terribly executed bid to take over Twitter.

The selloff doesn't bode well, as Musk's erratic leadership at the site has been far from confidence inducing. Tesla has already suffered quite a bit this year, with stock tumbling 46 percent.

Over the weekend, Musk sold another 19.5 million Tesla shares. While the paperwork filed with the Securities and Exchange Commission doesn't directly point out the purpose of the sale, analysts believe it likely has to do with his bid to finance his $44 billion Twitter deal.

According to Reuters, Musk still needed to raise an additional $2 to $3 billion to for the deal after selling $6.9 billion worth of shares back in August.

Meanwhile, Tesla fell short of Wall Street expectations after announcing third quarter results last month. The company has been dealing with supply chain issues and hasn't been immune to a global economic slowdown, either.

Musk's chaotic acquisition of Twitter has only injected even more uncertainty, with the CEO going as far as to pull Tesla employees to help him out seize control of operations at Twitter.

"It looks like Musk is preparing for things to stay bad at Twitter for the next year," Gene Munster, managing partner at Loup Ventures, told Bloomberg. "He’s preparing for Twitter to be a money hole."

More on the situation: Elon Musk Is Faving Posts on Twitter That Are Making Our Skin Crawl