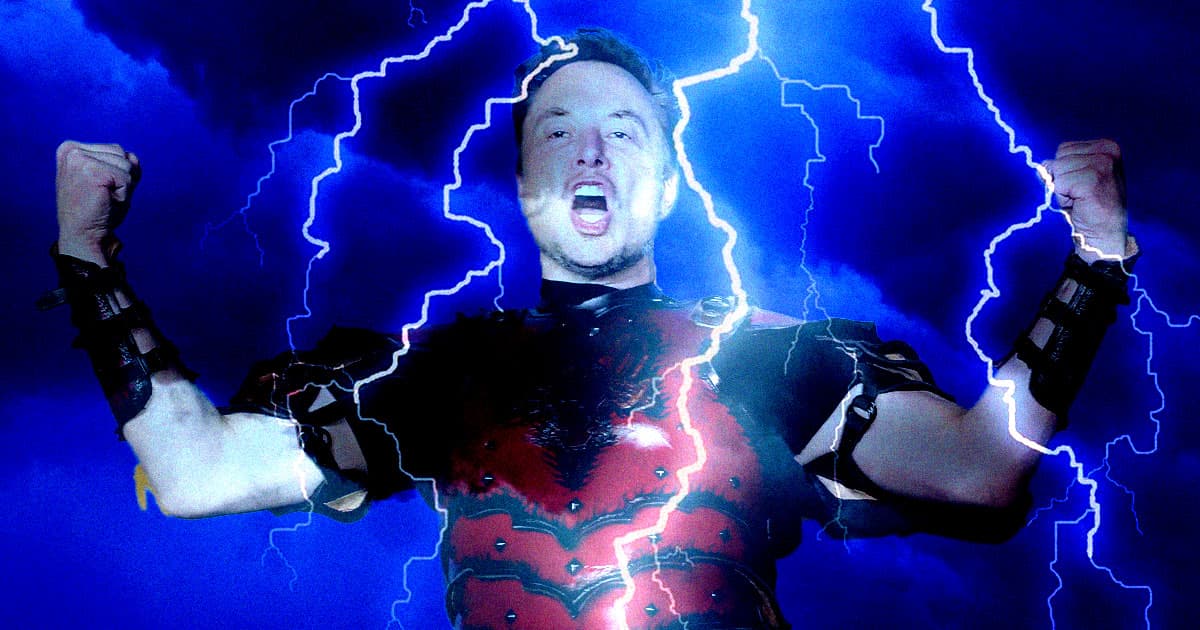 Advertisers ranging from General Mills to Audi are running for the hills now that noted rocket and electric car guy Elon Musk has taken over Twitter — and the billionaire is clearly none too pleased about the sudden drop in revenue.

But Musk has already found a new scapegoat: activists.

"Twitter has had a massive drop in revenue, due to activist groups pressuring advertisers, even though nothing has changed with content moderation, and we did everything we could to appease the activists," Musk tweeted on Friday.

"Extremely messed up!" he added. "They’re trying to destroy free speech in America."

In short, it's exactly the kind of rhetoric far-right that conspiracy theorists and conservative pundits have used in the past, and which we've now — strangely — come to expect from the richest man in the world.

Case in point, earlier this week, Musk polled his more than 100 million followers about a ridiculous false dichotomy: whether advertisers should support "freedom of speech" or "political correctness."

Needless to say, blaming "activists" for a drop in revenue is a misguided attempt to distract from a much simpler truth: advertisers weren't seeing returns before Musk even took over, and will now have to protect their clients from being associated with a brash figure like Musk.

"Welcome to hell," The Verge's editor-in-chief Nilay Patel wrote in reply to Musk, referring to his recently published essay on the thanklessly difficult task facing anyone running the site.

"Imagine misunderstanding things this badly when a huge chunk of your fortune (and legacy) depends on accurately understanding something fairly straightforward," TechDirt's Mike Masnick wrote. "It ain't because of activists, buddy."

Yet again, Musk's rash behavior and problematic rhetoric is only fanning the flames. And his latest attack on progressive groups is unlikely to appease advertisers, who were already looking for a way out.

The future of Twitter hangs in the balance and the last week and a half — which, in many ways has felt like an eternity — has led the platform into an apparent nosedive.

Advertisers are clearly ratcheting up the pressure, while Musk is desperately trying to find new ways to bring in some much-needed cash.

But chances are the fallout from his misguided tweets won't end up phasing him much.

"Being attacked by both right and left simultaneously is a good sign," he wrote on Thursday.

More on the saga: Elon Musk Meeting With Advertisers, Begging Them Not to Leave Twitter