After Saying He Wanted an Open Algorithm, Elon Musk Just Fired the Twitter Team Responsible for Doing Just That

"The team that was researching and pushing for algorithmic transparency and algorithmic choice." 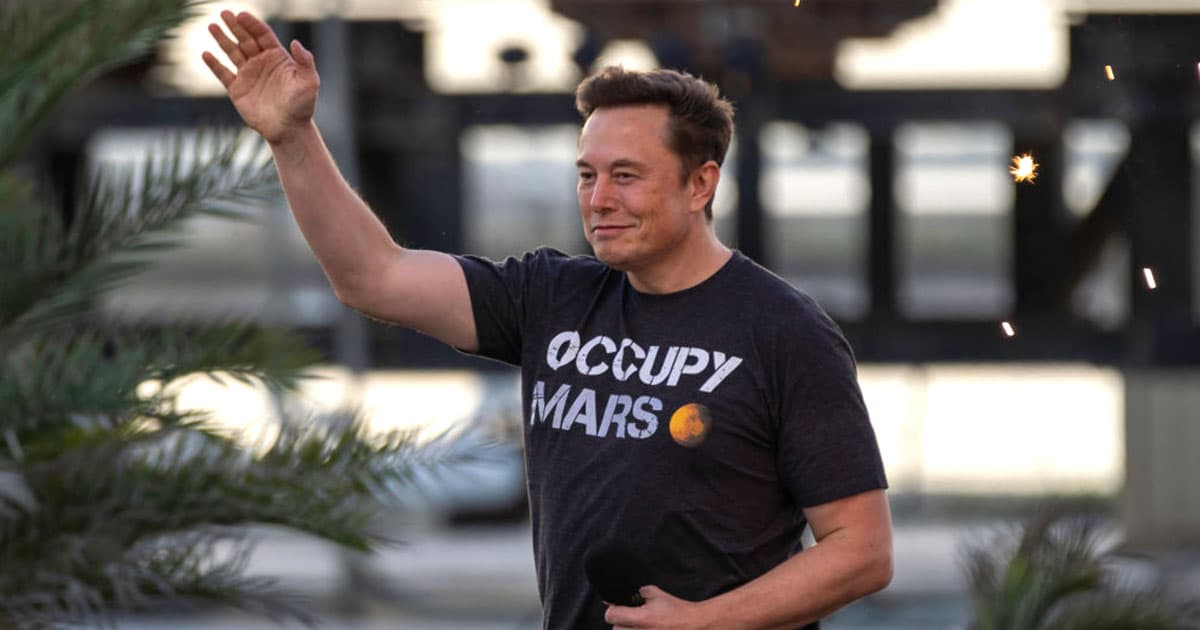 Twitter CEO Elon Musk has started making major cuts to the company's operations, in an apparently desperate effort to bring costs down.

Aside from gutting the company's executive suite and dissolving its board, the billionaire CEO has started culling a significant number of employees as well, locking them out of their accounts unannounced.

As Wired reports, the company's "Ethical AI" team has been caught by the purge. That's especially unfortunate, given that Musk has argued Twitter's algorithm should be more transparent — something the team was working on right up until being fired wholesale.

In short, it's exactly the kind of short-sighted action we've come to expect from Musk, who has taken over Twitter's operations like a bull in a china shop.

But not much love was lost, given the company's controversial new CEO.

"Imagine feeling relief that you’re the one on the receiving end of the Thanos snap," she wrote.

The team was tasked with researching any political biases that might be unfairly targeting certain groups.

"We were told, in no uncertain terms, not to rock the boat," Chowdhury told Wired earlier this week, prior to the layoffs.

Joan Deitchman, who was the unit's senior manager, revealed that the entire team had been let go.

"Yep, the team is gone," Deitchman wrote today. "The team that was researching and pushing for algorithmic transparency and algorithmic choice."

"The team that was inventing and building ethical AI tooling and methodologies," she added. "All that is gone."

It's a big loss in the field.

"The META team was one of the only good case studies of a tech company running an AI ethics group that interacts with the public and academia with substantial credibility," Ali Alkhatib, director of the Center for Applied Data Ethics at the University of San Francisco, told Wired.

That kind of progressive mindset on ethical use of machine learning appears to be the very last thing on Musk's mind right now. The billionaire has been busy lashing out at advertisers for abandoning him after making brash remarks and spreading baseless conspiracy theories.

It's especially ironic considering the amount of time and thought Musk has committed to making algorithms more transparent. In March, roughly a month before announcing his bid to buy the company, Musk argued that "the algorithm needs to be open source."

Given what has gone down this week, the billionaire is clearly gunning for a scorched Earth approach that will likely keep Twitter's operations in a tailspin for a while longer. Without the backing of advertisers, Twitter will have an even steeper financial hill to climb.

Whether Musk's own efforts to build a radically transparent and fair social media platform that caters to both sides of the aisle will ever amount to anything close to what this particular team was working on remains to be seen.

But given where we are right now, it's difficult to imagine.

More on the saga: Elon Musk Melts Down as Advertisers Flee Twitter Chaos

Read This Next
For Shame
Rent Too Damn High? Blame YieldStar, a Secret Algorithm from Housing Hell
Common Sensical
Top Facebook Scientist Quietly Plotting "Autonomous" AIs
White Voice
Cursed Startup Using AI to Remove Call Center Workers' Accents
It's The Little Things
Lazy Scientists Botching Research With Machine Learning They Don't Understand
My Picasso
OpenAI Says It's Fine to Sell Images Made With DALL-E 2
More on Artificial Intelligence
Tone Deft
Yesterday on the byte
New AI Tells Children That Santa Isn't Real
History Selfie Ch...
Monday on the byte
New AI Shows What You'd Look Like in Different Eras
I'm a Cool Boss(w...
Nov 23 on the byte
Companies Already Investing in Tech to Scan Employees’ Brains
READ MORE STORIES ABOUT / Artificial Intelligence
Keep up.
Subscribe to our daily newsletter to keep in touch with the subjects shaping our future.
+Social+Newsletter
TopicsAbout UsContact Us
Copyright ©, Camden Media Inc All Rights Reserved. See our User Agreement, Privacy Policy and Data Use Policy. The material on this site may not be reproduced, distributed, transmitted, cached or otherwise used, except with prior written permission of Futurism. Articles may contain affiliate links which enable us to share in the revenue of any purchases made.
Fonts by Typekit and Monotype.