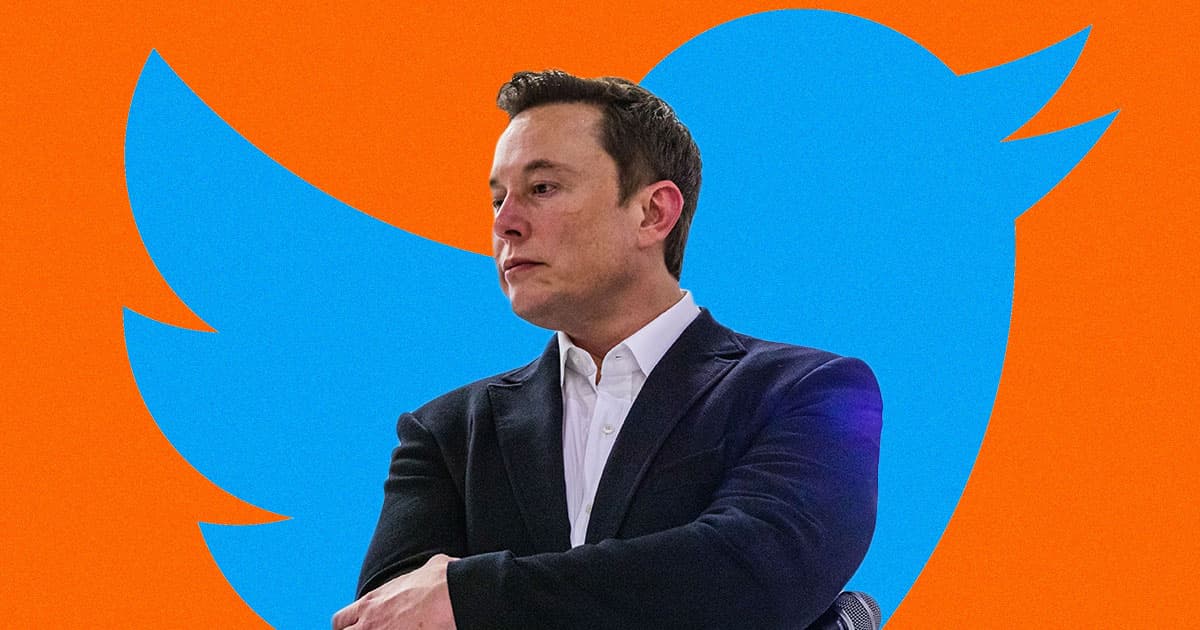 What the Hell is Going On

Almost half of the $46.5 billion will come out of his own pocket.

Almost half of the $46.5 billion will come out of his own pocket.

In a new filing with the Securities and Exchange Commission, SpaceX and Tesla CEO Elon Musk claims to have secured $46.5 billion in financing to buy Twitter.

It's yet another surprising twist in the billionaire's quest to take over the platform and turn it into what he says will be an "inclusive arena for free speech."

It's an interesting development, especially considering the endless speculation about whether Musk will actually be able to scrape together enough money — and, of course, make enough of a compelling case to Twitter's board and shareholders.

After all, Musk revealed during an interview last week that he doesn't "care about the economics at all," seeming to mean that he's in in it as a matter of principle, not to make money.

It's been a bizarre week. After Musk offered to buy Twitter for $43 billion last week, or $54.20 a share — shortly after it came to light that he had bought 9.2 percent of Twitter's shares — he declined to take a seat at Twitter's board.

To defend itself from a hostile takeover, Twitter's board chose to approve a poison pill provision late last week, which could make Musk's buyout extremely expensive and complicated.

In short, the ball is in Twitter's court. The board could still turn down his offer, in which case Musk has already threatened to pull out and sell his shares.

It's still unclear whether Musk will have a comprehensive enough plan to convince Twitter's board. Given that several major shareholders have already scoffed at Musk's offer, the company is unlikely to simply give in and hand over the keys.

So the speculation continues. Twitter's operations have already reportedly been thrown into a week of chaos. Given the latest news, we're unlikely to get much more clarity on the situation any time soon.

More on the saga: Elon Musk Doesn’t Seem to Have Much of a Plan for Twitter