Is it really about free speech? 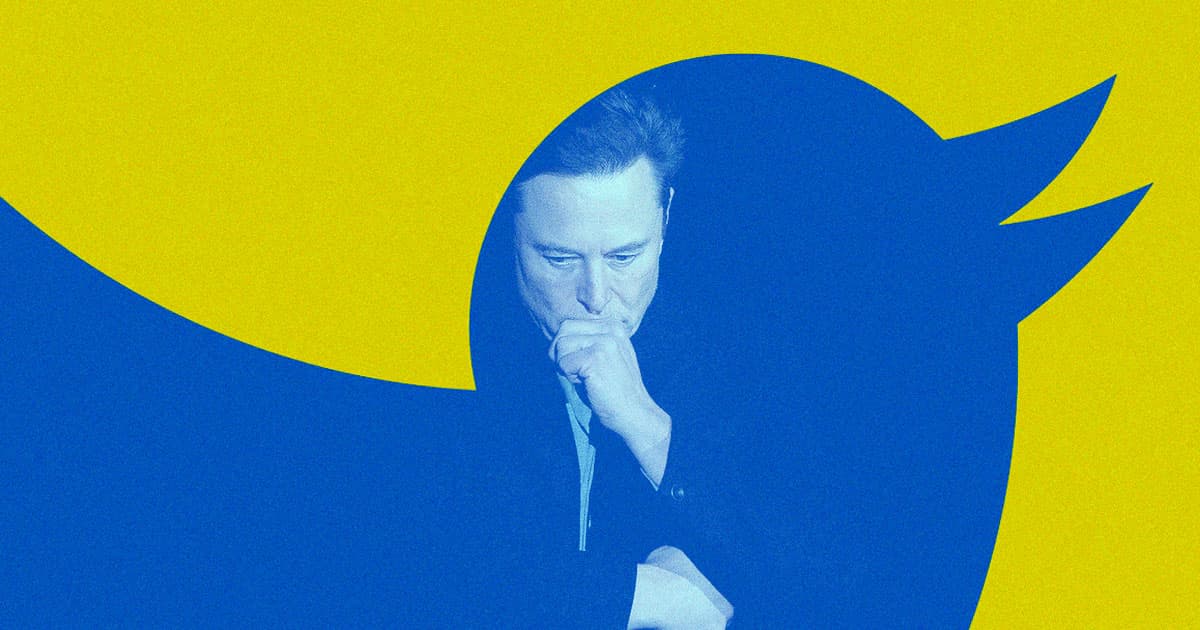 Tesla CEO Elon Musk took to the stage at this year's TED conference in Vancouver, Canada, to address the gigantic elephant in the room: his bid to buy the entirety of Twitter.

It's been a chaotic couple of days, with Musk announcing he would join Twitter's board after becoming the company's largest shareholder — but then pulling out a single day later after suggesting sweeping changes he'd make to the platform.

During today's TED event, we got a glimpse of what a Musk-run Twitter could look like, with Musk calling it an "inclusive arena for free speech," void of the influences of corporations, politics, and advertisers.

His bid this morning — his "best and final offer" according to his Securities and Exchange Commission filing — to buy the social network for $43 billion wasn't about the money or "monopolizing," he argued at the TED event.

"I don’t care about the economics at all," he said.

It's the first time we've heard him speak publicly about his takeover plans. But while his comments aren't exactly shocking, they do leave plenty of questions about his true intentions and long term plans for the company. To wit, is Musk simply trying to create a platform where speech is free only when it's convenient to him?

At Thursday's event, Musk rehashed some familiar talking points, arguing that the bid was all about embracing free speech on the platform as much as "reasonably possible" while still matching "the laws of the country" it's operating in.

"I really want people to have the reality and perception that they are able to speak freely within he bounds of the law," he told interviewer Chris Anderson during the event. Musk also argued that there should be "no sort of behind the scenes manipulation either algorithmically or manually."

Of course, it's not simply a matter of injecting more free speech into Twitter. As history has shown, creating a social media platform that's open to all is far more difficult than that, and requires a careful balance of policy, moderation, and clear leadership.

Whether Musk will be able to provide the latter remains to be seen. For one, Musk seems to be primarily concerned about the kind of issues that affect him personally.

"A top priority I would have is limiting the spam and scam bots and the bot armies that are on Twitter," he said at the event, adding that "they make the product much worse."

Sure, they can be a huge hassle, but should it really be priority number one? And would that even be in line with his free speech goals?

"Elon proposes banning spam bots on Twitter which... hey did you know spam is not actually illegal under the First Amendment?" The Verge editor-in-chief Nilay Patel argued. "So he is writing a speech regulation because he doesn't like the experience of other people's speech."

Running Twitter as a private company would be no cake walk, and Musk was the first person to admit that, telling Anderson that "everybody will still blame me for everything."

Musk didn't appear to have a cohesive long term plan for what to actually do if he does gain control of the company, apart from open sourcing the company's algorithm and adding an edit button.

"There will be quite a few errors," he said. "I hope it's not too miserable."

When asked about the role of human moderation when it comes to social media, Musk didn't have much of a reply, either.

"I don't personally want to be in there editing tweets," he said laughing.

The ball is in the court of Twitter's board now. The company's leadership will now have to ruminate on whether they want to take Musk up on his offer.

When Anderson asked if Musk had a plan B in case the answer was no, Musk replied that "there is" — but pointedly didn't expand on what that could look like.

More on the saga: Internet Blows Up With Furious Reactions About Elon Musk Trying to Buy Twitter

Read This Next
Enemy Mine
Elon Musk Now Denies That His Family's Emerald Mine Existed, In Spite of Previously Bragging About It
Bot Rush
An Overwhelming Number of Porn Bot Accounts "Drowned Out" Chinese Protest Content on Twitter
Hardcore Mode
Even Twitter's Intern Just Resigned in Disappointment
This is Exhausting
Elon Musk Seems to Be Trying to Weasel Out of Vote to Resign
Backtrack, Backtrack
It Turns Out Elon Musk’s Stalking Incident Had Nothing to Do With ElonJet
More on Future Society
Spreadsheet Guy
Yesterday on the byte
Sam Bankman-Fried Posts Excel Docs That He Says Shows Nothing Was His Fault
Nip Split
Jan 22 on the byte
Meta Board Trashes Facebook's "Convoluted and Poorly Defined" Female Nipple Rule
Crypto Cacophony
Jan 22 on the byte
Residents Annoyed by Crypto Mine That Emits Constant, Horrible Noise
READ MORE STORIES ABOUT / Future Society
Keep up.
Subscribe to our daily newsletter to keep in touch with the subjects shaping our future.
+Social+Newsletter
TopicsAbout UsContact Us
Copyright ©, Camden Media Inc All Rights Reserved. See our User Agreement, Privacy Policy and Data Use Policy. The material on this site may not be reproduced, distributed, transmitted, cached or otherwise used, except with prior written permission of Futurism. Articles may contain affiliate links which enable us to share in the revenue of any purchases made.
Fonts by Typekit and Monotype.