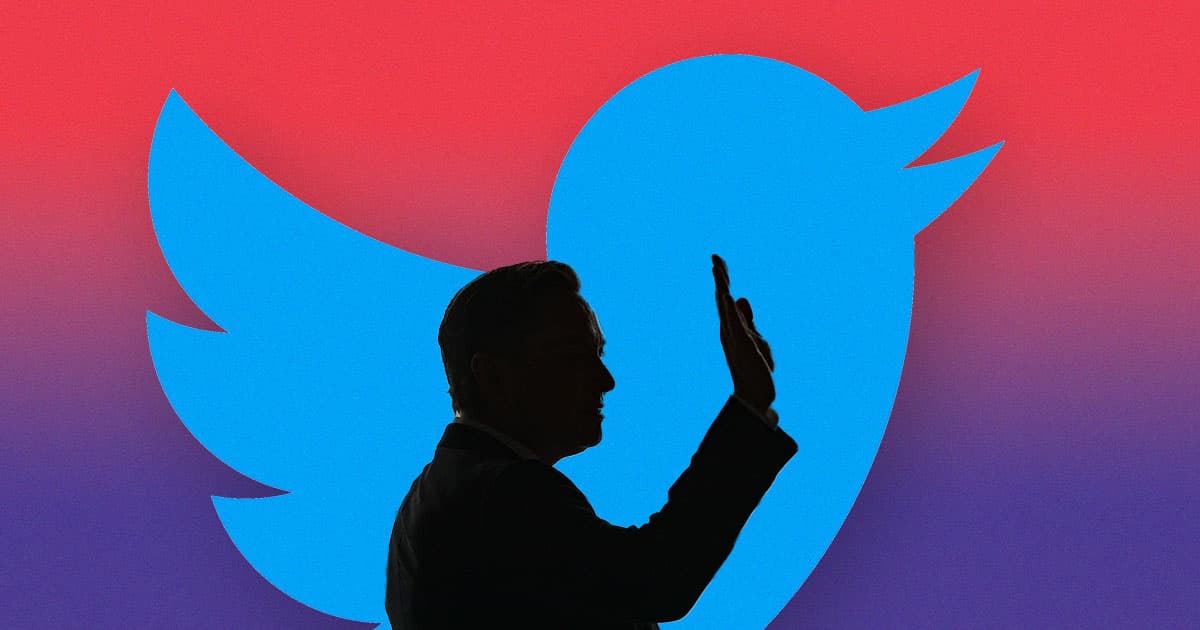 Tesla and SpaceX CEO Elon Musk may soon be the proud new owner of the social media platform Twitter.

On Monday, news emerged that Twitter's board had decided to accept Musk's offer of roughly $44 billion to buy the company outright. Musk, for his part, has framed the takeover as an effort to promote free speech on the platform.

"Free speech is the bedrock of a functioning democracy, and Twitter is the digital town square where matters vital to the future of humanity are debated," he said in a statement.

His own actions, though, force us to question that commitment. The billionaire CEO has a lengthy track record of silencing his critics, forcing employees to sign gag orders, and lashing out at journalists and analysts, as several publications have pointed out.

Besides, while Musk has yet to talk about his plans for Twitter in any detail, many argue that his simplistic view of free speech on social media could revert the industry to its early days, as Techdirt points out.

In a TED interview shortly following the announcement that Musk intended to buy Twitter last week, he said that he wants to create an "inclusive arena for free speech" where people are "able to speak freely within the bounds of the law."

In other words, it's exactly the kind of idealistic wording tech CEOs founded their social media companies on. But there's one big problem: reality is far messier than that, as Musk has found out firsthand while dealing with harassers and bots on the platform.

Musk may have donated millions of dollars to the American Civil Liberties Union and repeatedly argued he is a "free speech absolutist," but over the years, he's failed to show the same regard for speech that goes against his own beliefs, Bloomberg argues.

For instance, Tesla has a track record of keeping employees silent. Workers must sign nondisclosure agreements, with leadership firing workers who point out the company's more serious shortcomings in public.

He has also lashed out at perceived enemies. There was Vernon Unsworth, a British caver, who heroically helped rescue 12 trapped boys in a Thai cave back in 2018.

Unsworth called Musk's contributions — the billionaire wanted to send a submarine to help the trapped boys — a "PR stunt." Musk snapped back, calling him a "pedo guy."

The spat later turned into a messy lawsuit, with Musk attempting to walk back the unfounded insult.

Musk has also attempted to pay off Jack Sweeney, a teenager who runs an account that tracks his private jet, to shut the project down.

The billionaire CEO has also tried to undermine the credibility of journalists and publications, calling for a "media credibility rating site" in a 2018 Twitter poll, stoking further mistrust in the media, as famously championed by former US president Donald Trump.

As far as Twitter goes, Musk has blocked several accounts, including Sweeney's, on Twitter, according to Bloomberg, which seems strange for someone who's claiming to be a free speech absolutist.

And that's without getting into his applause line that he'll be "eliminating the spam and scam bots and the bot armies that are on Twitter." The only problem? Spam and scam bots are technically an exercise of free speech, as Techdirt points out.

Whether the richest man in the world — who's already highly involved in the day to day of several other massive companies — will have enough willpower to see any serious changes through also remains to be seen.

Who will carry out his wishes is also a bit of a question mark right now. Musk's acquisition has already proven to be extremely unpopular among many Twitter employees, who are now worried the years of hard work they put in to establish an inclusive and open place to "serve the public conversation" could be undone.

Read This Next
I Silence Thee
Leaked Messages Seem to Show Elon Musk Using Twitter to Punish His Enemies
Enemy Mine
Elon Musk Now Denies That His Family's Emerald Mine Existed, In Spite of Previously Bragging About It
Bot Rush
An Overwhelming Number of Porn Bot Accounts "Drowned Out" Chinese Protest Content on Twitter
Hardcore Mode
Even Twitter's Intern Just Resigned in Disappointment
This is Exhausting
Elon Musk Seems to Be Trying to Weasel Out of Vote to Resign
More on Future Society
Gas Giant
Friday on the byte
Journalist Eats Lab-Grown Chicken, Gets "Weirdly Gassy"
Musk Rats
Thursday on the byte
Twitter Is Quietly Re-Suspending the Lunatics Elon Musk Let Back On
Going Wireless
Wednesday on futurism
Hackers Took Over a Subdomain of Wired.com for Several Months and Replaced It With Sleazy Online Casino Content
READ MORE STORIES ABOUT / Future Society
Keep up.
Subscribe to our daily newsletter to keep in touch with the subjects shaping our future.
+Social+Newsletter
TopicsAbout UsContact Us
Copyright ©, Camden Media Inc All Rights Reserved. See our User Agreement, Privacy Policy and Data Use Policy. The material on this site may not be reproduced, distributed, transmitted, cached or otherwise used, except with prior written permission of Futurism. Articles may contain affiliate links which enable us to share in the revenue of any purchases made.
Fonts by Typekit and Monotype.