"Shows a lot about a compan[y's] culture and leadership by the actions they choose to take." 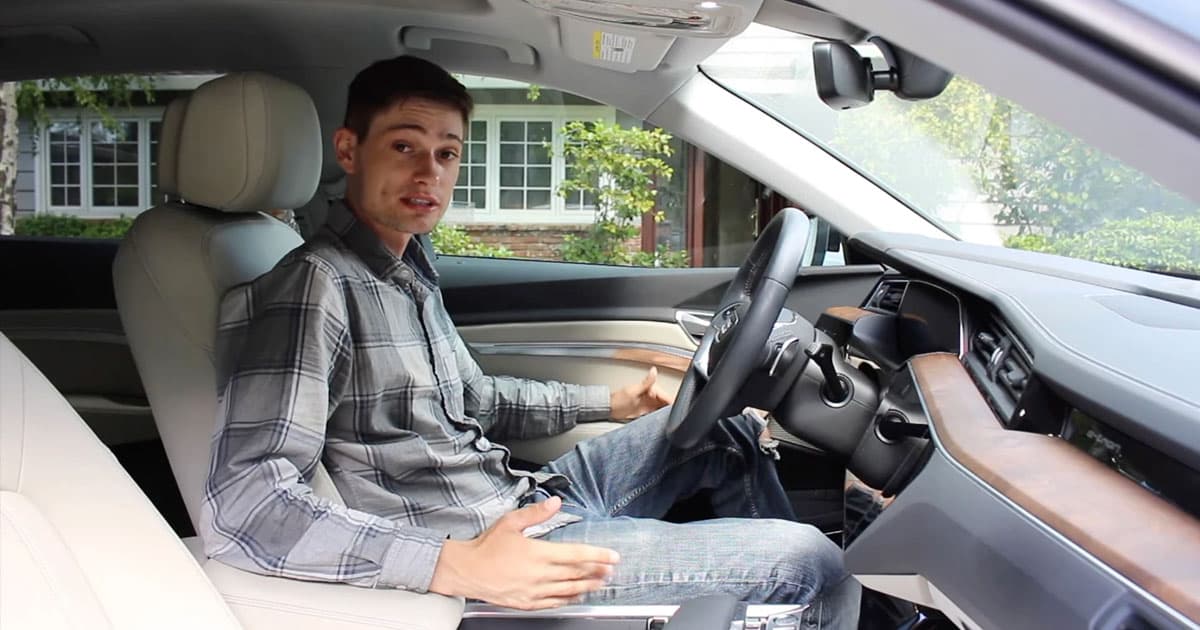 John Bernal, a Tesla employee who has posted several shocking YouTube videos about the company's "Full Self-Driving" Beta software leading to close calls on public streets, was fired by the company in February, according to CNBC.

Despite having no safety "strikes," Bernal also lost access to the beta self-driving software in his own personal vehicle.

The ousting leaves more questions than answers. Is Tesla attempting to silence its own employees, or is there more to the story?

It's a well established fact at this point that Tesla's "Full Self-Driving" software still has a long way to go before it'll allow the company's vehicles to fully drive themselves.

As of right now, the company's controversial public beta is still limited to a select group of testers and is being continuously being vetted by Tesla.

The software, an optional $12,000 add-on, includes an "autosteer on city streets" feature that autonomously navigates a variety of complex environments.

But as Bernal's own videos demonstrate — Futurism has covered them on more than one occasion — the beta is still very much a beta. In fact, if left to its own devices, they strongly suggest, the software could easily lead to collisions with bollards or even pedestrians.

One video, for instance, shows Bernal's Tesla not slowing down enough when a pedestrian crosses light rail tracks, or getting confused by a stationary truck partially blocking the road.

Unsurprisingly, those capability gaps have gotten Tesla a lot of attention from US regulators, who are now investigating the company's self-driving software.

The story of Bernal's sudden dismissal leaves plenty of unanswered questions. For one, we still don't know Tesla's exact reasoning over why he was fired.

As CNBC points out, the company's social media policy states that the company "relies on the common sense and good judgment of its employees to engage in responsible social media activity."

Bernal, however, maintains that he was merely demonstrating "end-user consumer products" in his videos, as he told the broadcaster.

"Shows a lot about a compan[y's] culture and leadership by the actions they choose to take," he tweeted in response to the report.

The ex-employee has ben posting YouTube videos about the beta since at least February 2021, and had been working at Tesla as a data annotation specialist since August 2020 — which raises another obvious question: what broke the camel's back and led to Tesla sacking him now?

We also don't know if he was abusing Tesla's terms of service or exploiting his insider privileges as an employee in any way. While Bernal suggested in a tweet he was up front about disclosing he was an employee in his videos, it's not immediately apparent when looking at much of his content.

In short, is Tesla attempting to silence Bernal, or is there something else we don't know? Futurism has reached out to Bernal and Tesla for comment.

In the meantime, Bernal will likely have no issues testing the beta by driving vehicles other than his own. In fact, he's trying to make things right.

Chances are that Bernal could soon get scooped up by one of Tesla's many competitors, though.

"John, we have several job openings to work on [advanced driver-assistance systems] here at Ford," the automaker's comms talent director Karl Henkel tweeted in response to the ousting.

"Hi Karl, I appreciate the insight," Bernal replied. "I will be viewing your careers page soon!"