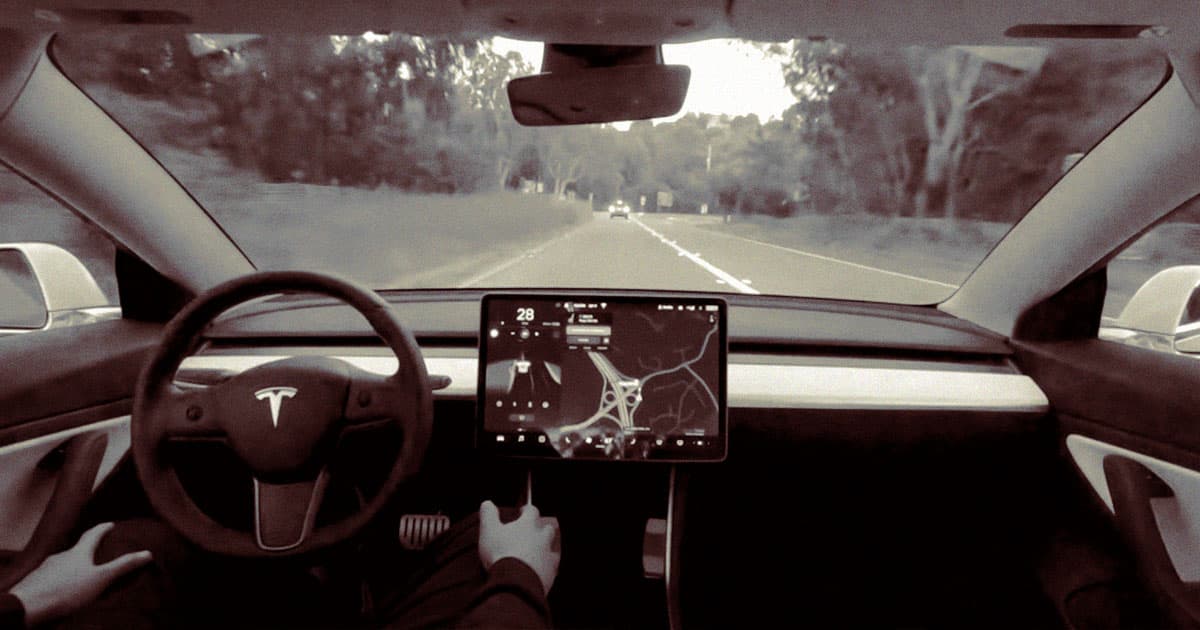 NTSB Won't Let Me Be

It's no secret that Tesla's "Full Self-Driving" feature — a software suite that doesn't actually enable full self-driving — is unpopular among federal regulators.

In a Tuesday interview with CNBC, National Transportation Safety Board chair Jennifer Homendy didn't beat around the bush. To her, Tesla isn't doing enough to ensure its vehicles aren't ending up crashing while "self-driving."

Full Self-Driving is an optional $10,000 add-on to Tesla's Autopilot suite. The feature has repeatedly come under scrutiny, especially once Tesla started testing a beta version of the software with the help of a small subset of drivers on public roads in October 2020.

The software is far from finished, as Tesla CEO Elon Musk has admitted himself, confessing that an August version of FSD was "actually not great."

A recent FSD update also had to be rolled back over the weekend due to "regression in some left turns at traffic lights," according to Musk.

The news also comes after the National Highway Traffic Safety Administration launched an official investigation into Teslas crashing into emergency response vehicles while on Autopilot earlier this year.

According to the NHTSA's data, Teslas hit service vehicles 11 times since 2018 alone while on Autopilot, though it's unclear whether FSD was involved in the crashes as well.

It's no wonder, then, that the NTSB isn't impressed with Tesla marketing a feature called "Full Self-Driving." It's a misleading moniker that is bound to raise eyebrows — and invite plenty of criticism.