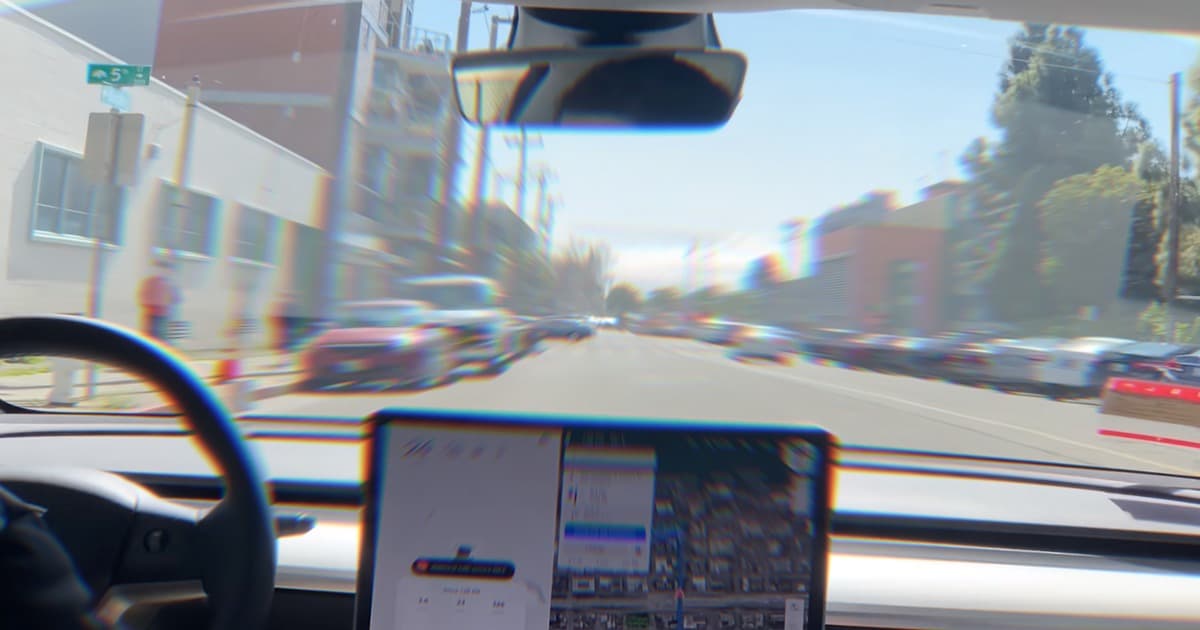 Tesla’s complete autopilot feature is being rolled out to more test users and it… uh, needs a little work.

YouTuber AI Addict posted a video of a drive through downtown San Jose in a Tesla Model 3 using the company’s “Full Self Driving” (FSD) Beta, according to Road and Track. In it, the semi-autonomous electric car can be seen swerving, attempting to drive down railroad tracks, and nearly colliding with cars and other objects on the road several times.

But don’t just take our word for it. You can see the horror show for yourself:

AI Addict also posted a 13-minute video showcasing a test drive of the FSD Beta through the city of Oakland.

That drive saw quite a bit more illegal and downright frightening maneuvers from the vehicle including errant lane changes, driving on the wrong side of the road, and numerous near collisions with other cars.

"As is evident, FSD 8.2 doesn’t work so well in major cities such as Oakland," the video creator said at the end of the showcase. "It seems to do pretty alright, and actually pretty excellent when it comes to suburbs and rural areas, but it is evident Tesla still needs to do some more updates when it comes to these city drives."

While giving a potentially life-threatening feature to users so they can serve as safety testers for your product might seem like a shady business practice… well, yeah, it pretty much is exactly that.

We suppose "mature" is one word to describe the FSD Beta. We’d also characterize it as "dangerous," "life-threatening," and "a dark artifact of late-stage capitalism."

But perhaps we’re being a bit too hard on Tesla. After all, it’s a "semi-autonomous" system after all. That means it still needs a person behind the wheel at all times to supervise the vehicle as it attempts to drive — and take over in case it tries to drive down some railroad tracks.

Editor's note 3/20/2021: An earlier version of this story misidentified Elon Musk's role at Tesla. It has been updated.