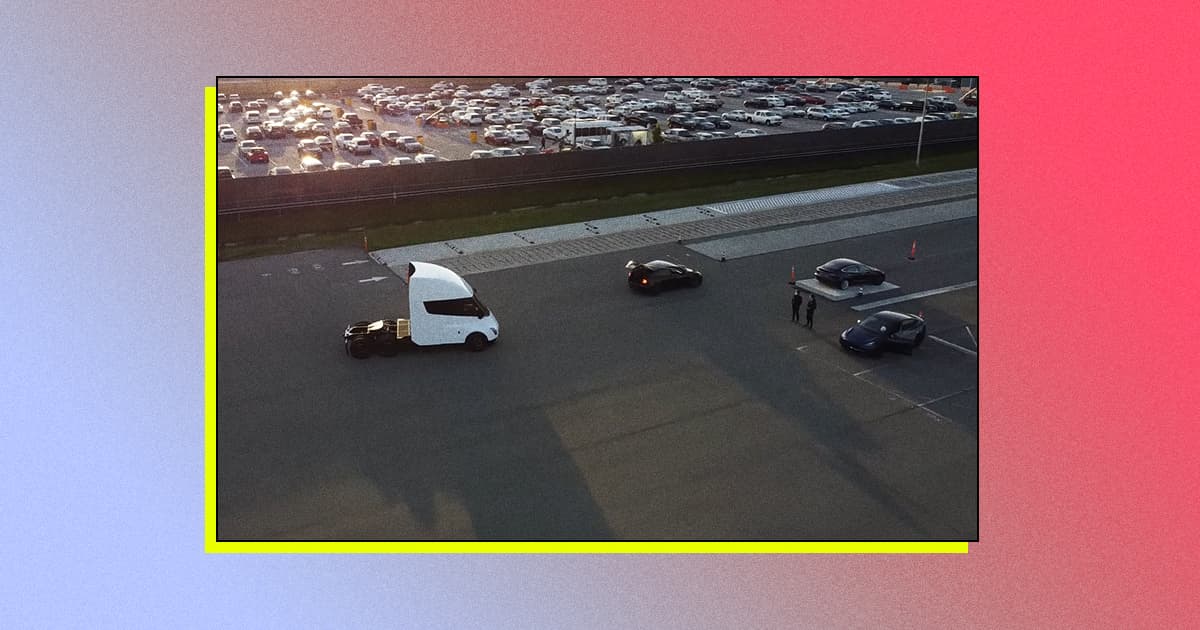 The Tesla Semi is on the move.

The Tesla Semi is on the move.

Videographer Chris Nguyen flew his drone over the test track behind Tesla's Fremont factory last week and spotted something intriguing: one of the company's experimental Tesla Semi trucks in action.

In InsideEV's analysis, it looks as though Tesla was using the Model Y driving in front of the Semi in order to capture footage.

As the site pointed out, it had previously reported that some anticipate the truck to go into pilot manufacturing in July, so it speculated that the video shoot on the test track might be for marketing purposes.

That remains to be seen, but it is intriguing to see a functional Tesla Semi putting in some distance — and it's striking to imagine the trucks carving out a niche in the trucking industry.