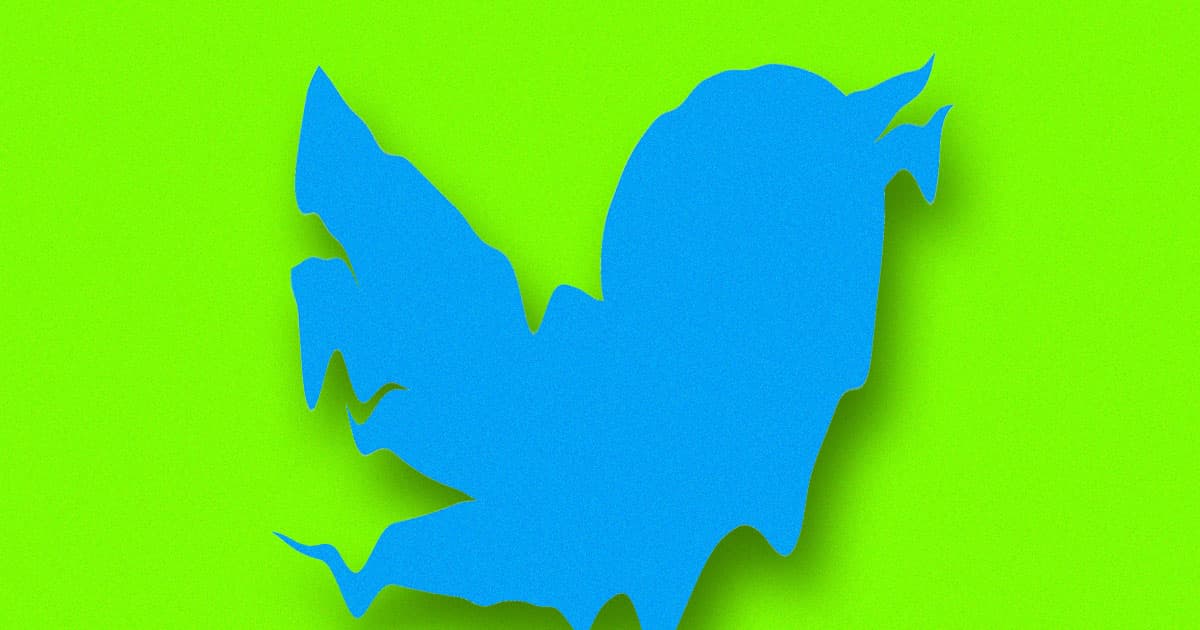 With all the hubbub about SpaceX and Tesla CEO Elon Musk being approved to buy Twitter, there remains a giant elephant in the room — and it means the deal may not go through at all.

As Reuters noted in a scathing editorial, there’s ample reason to believe that Musk may get cold feet, or that market factors beyond his control could still sink the controversial $44 billion deal.

At first glance, everything looks kosher. Twitter’s board unanimously approved the deal, the financing from Morgan Stanley is ready to rock, and there’s a $1 billion “break fee” that both Musk and Twitter agreed to pay if either renege on the agreement.

But the deal hasn’t actually gone through yet, and the outrageous sum has not yet been transferred. That means, as Reuters notes, that there’s still plenty of time for things to go very, very wrong.

Already, this deal has cost Musk way more than he bargained for. Tesla’s stock has fallen precipitously amid news of the Twitter buyout and the Tesla shares Musk will likely have to sell to afford it. And as Reuters notes, the bounce back in Tesla stock should Musk abandon the deal “would more than make up” for the $1 billion break fee.

Given the immense headache, in other words, he’s gotta be tempted.

There’s also the small matter of China to contend with. As the column also explains, China is home to half of Tesla’s production and a quarter of the company’s revenue — and it’s a serious Twitter foe, given the company’s fights with Beijing over Hong Kong protests. Should China decide to interfere, it could cause a quagmire for Musk that would be nearly impossible to untangle without him walking away from buying Twitter.

It’s also unlikely that Musk’s purported “free speech absolutism,” which many critics say will result in fewer penalties on hate speech and disinformation on Twitter, would even hold water when if he takes the helm of the social media company.

European Union Commissioner Thierry Breton has already issued a stark warning that if he refuses to play by the EU’s content rules around policing illegal or harmful speech, Twitter could end up banned in Europe. While there’s much less to worry about on that front from the US, there’s always the concern that, say, Apple or Google may pull Twitter from their app stores should the company under Musk’s leadership decide to allow hate speech or other controversial content to run wild, as some experts expect and as Twitter has refused to deny.

For now, the world must wait, with alternating bated breath and exasperation, to learn whether Musk’s outrageous plan to buy out Twitter will actually happen. After all, this is a guy who absolutely relishes a fight.

But in many ways, it’s looking as unlikely as ever.

Read This Next
Thanks Man!
After Sexual Allegations, Elon Musk Jets Off to Brazil
Wait Wait
Elon Musk Has a Ridiculous Excuse for Why He Suddenly Doesn’t Want to Buy Twitter
Musk Gonna Musk
Experts Say That Elon Musk Has No Idea How Math Works
Market Madness
Bill Gates Says He’s Quite Concerned About the Global Economy
Much to Unpack
Why Elon Musk Got Bullied In High School
More on Future Society
Hot Tip
Yesterday on the byte
Tesla Driver Briefly Trapped in Burning Car, Kicks Out Window
McBig Bucks
Yesterday on the byte
Kid Steals Phone, Orders 31 Cheeseburgers, Leaves Huge Tip
Mirror, Mirror
May 21 on the byte
Scientists Say There May Be a “Mirror World” to Our Own
READ MORE STORIES ABOUT / Future Society
Keep up.
Subscribe to our daily newsletter to keep in touch with the subjects shaping our future.
+Social+Newsletter
TopicsAbout UsContact Us
Copyright ©, Camden Media Inc All Rights Reserved. See our User Agreement, Privacy Policy and Data Use Policy. The material on this site may not be reproduced, distributed, transmitted, cached or otherwise used, except with prior written permission of Futurism. Fonts by Typekit and Monotype.