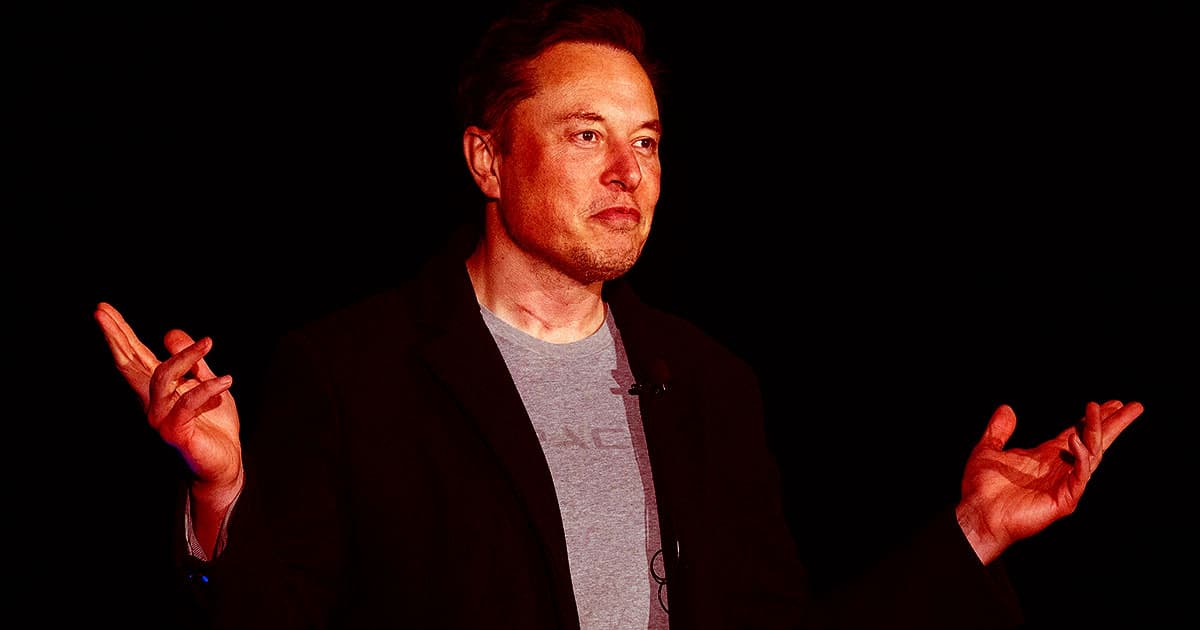 Sounds like Tesla and SpaceX CEO Elon Musk might experience a little turbulence on the ride to adding another company to his Musk-iverse.

Twitter's lawyers negotiated the company's sale to Musk for around $44 billion, and said there are a few things he's not allowed to do — including, notably, fully enjoy his regular pasttime of posting regrettable stuff on Twitter.

After Musk entered a deal to purchase Twitter, appellate lawyer Raffi Melkonian explained the terms of sale in a Twitter thread yesterday that included a photo of the section he described.

"Oh man this is amazing. No random public announcements except Elon Musk is allowed to tweet about the deal but not if he insults Twitter," Melkonian said. "This was too delightful to ignore."

Oh man this is amazing. No random public announcements (that's normal) except Elon Musk is allowed to tweet about the deal (lol) but not if he insults Twitter. I'll get back to the previous topic in a second, but this was too delightful to ignore. /9 pic.twitter.com/57ltmUIwAI

Sure enough, the agreement publicly filed with the Securities and Exchange Committee says Musk can't post tweets that "disparage the Company or any of its Representatives."

That's a tall order for Musk, who may have actually already broken the rules — twice.

Yesterday Musk tweeted a photo of Apple's App Store download charts that showed former President Donald Trump's social media platform, Truth Social, was outperforming Twitter in popularity. The tweet, shown below, could be seen as disparaging the company or harming its profitability — which would've been an immediate violation of fiduciary responsibility if Musk had instead joined the Twitter board after becoming its largest single shareholder.

One user wanted to know if Musk was backing out already, saying Musk's photo could reduce Twitter's value and could be interpreted as a violation of that pesky don't-insult-Twitter rule.

Musk also said yesterday that he thought one of Twitter's top lawyers made an "inappropriate" decision when she banned some content from the platform. It's possible Twitter could interpret this as yet another violation, according to Melkonian's thread.

Is Elon getting cold feet and looking for a way out of the Twitter deal, or is he breaking the rules because he simply can't stop lobbing insults people on Twitter? The acquisition could take months to shake out, so we're waiting with bated breath.

Read This Next
I Silence Thee
Leaked Messages Seem to Show Elon Musk Using Twitter to Punish His Enemies
Enemy Mine
Elon Musk Now Denies That His Family's Emerald Mine Existed, In Spite of Previously Bragging About It
Bot Rush
An Overwhelming Number of Porn Bot Accounts "Drowned Out" Chinese Protest Content on Twitter
Hardcore Mode
Even Twitter's Intern Just Resigned in Disappointment
This is Exhausting
Elon Musk Seems to Be Trying to Weasel Out of Vote to Resign
More on Future Society
Down in Flames
5:20 PM on the byte
Elon Musk Apparently Thinks Twitter Is a "Flaming Dumpster Rolling Down the Street"
All Tomorrow's Pa...
4:05 PM on the byte
Party Startup Says It Has Zero Plans to Make Any Money With Investors' Funds
Primate Theft
Yesterday on the byte
It Was a Very Bad Weekend for Monkeys Being Stolen From Zoos, Apparently
READ MORE STORIES ABOUT / Future Society
Keep up.
Subscribe to our daily newsletter to keep in touch with the subjects shaping our future.
+Social+Newsletter
TopicsAbout UsContact Us
Copyright ©, Camden Media Inc All Rights Reserved. See our User Agreement, Privacy Policy and Data Use Policy. The material on this site may not be reproduced, distributed, transmitted, cached or otherwise used, except with prior written permission of Futurism. Articles may contain affiliate links which enable us to share in the revenue of any purchases made.
Fonts by Typekit and Monotype.