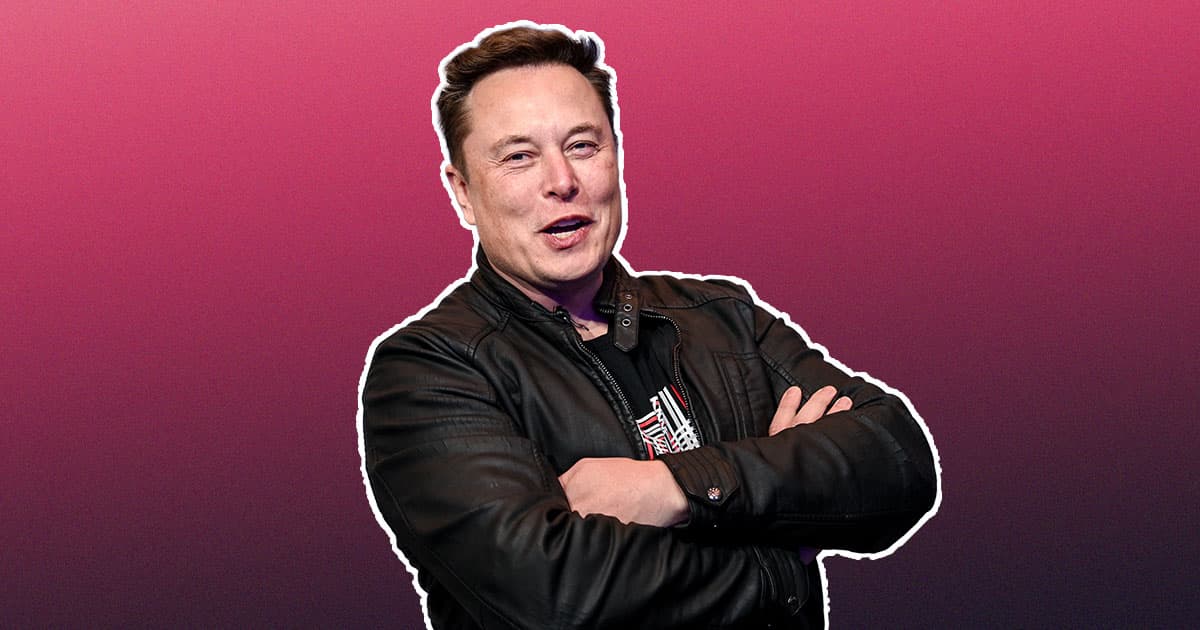 Somebody take this guy's Twitter away until he learns to behave.

Somebody take this guy's Twitter away until he learns to behave.

In one of a series of late night tweets early on Monday morning, the SpaceX and Tesla CEO posted a meme that appears to mock people who speak out in support transgender people and Ukrainians amid the Russian invasion.

"I support the current thing," the meme, which features what is known as a "Wojack" or "Feels Guy," reads. Behind the crudely-drawn meme man are a number of identity-based flags, including the lesbian flag colors and the new LGBTQ rainbow flag that prominently displays both the transgender flag colors alongside black and brown lines to symbolize Black and brown communities.

In front of the Wojack, of course, is the blue and gold of the Ukrainian flag, which many people who support the Ukrainians against the Russian invasion have used on social media to signify their solidarity.

Then Musk added this meme (which he appears to have lifted from Reddit, naturally.)

This memes would be offensive even in a normal Muskian news cycle, but given that it came just after news broke that his on-off ex Claire "Grimes" Boucher is dating famed trans leaker Chelsea Manning, it seems particularly personal and intolerant.

It's also somewhat bizarre that he's mocking people who put the Ukrainian flag in their social media profiles given that he's expressed his own support for Ukraine in various ways over the Russian invasion.  During that same middle-of-the-night tweet spree, Musk also challenged Russian President Vladimir Putin to combat — yes, seriously — to determine the fate of Ukraine. And earlier, he sent several shipments of Starlink internet terminals to the country as well. Which one is it, Elon?

If nothing else, the mocking memes and Putin combat post remind us who Elon Musk is: a shitposter who somehow became the richest man in the world.