That's a weird thing to say! 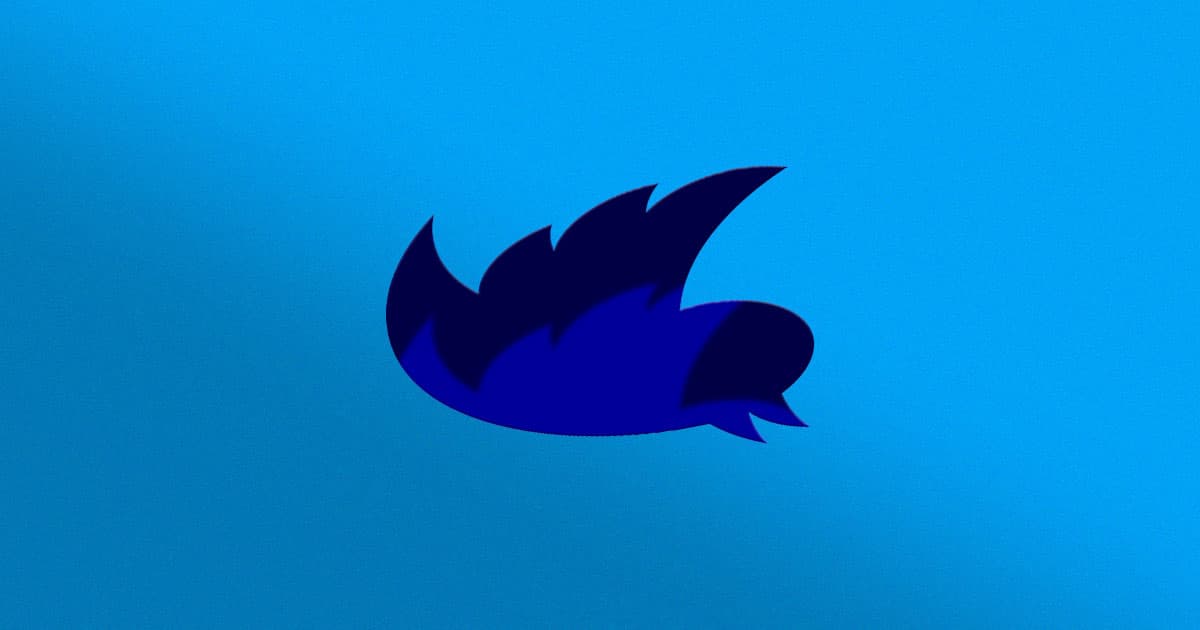 It looks like some well-known Nazi accounts that were previously banned on Twitter are already trying to come back to the platform since Tesla and SpaceX CEO Elon Musk is set to buy the entire thing in the name of "free speech."

"A bunch of long-banned Nazis tried to start new accounts on Monday after the Elon Musk news broke. A lot of them got the boot within 24 hours," Martin said online yesterday.

But it's extremely unclear, to say the least, what Twitter's moderation efforts are going to look like after a Musk acquisition.

Look no further than Wired, which asked the company will continue to disallow hate speech and and abuse going forward.

"We have no comment," a spokesperson told the magazine.

In other words, things are so in flux at the moment that Twitter is unable to say whether it's going to allow hate speech going forward. Remember, even the notorious cesspool 4chan has some rules.

In a lengthy thread, Martin speculated that extremists are being encouraged by Musk's posturing around "free speech absolutism." The controversial billionaire has already been called out for his previous assaults against free speech, like that time he cancelled a Tesla order personally because the customer had written a blog post he didn't like.

Still, Musk maintains he won't allow anything against the law to happen on the platform. If people want stricter rules on social media, he said in a recent tweet, the public should make changes to the law — which in the United States, where Twitter is based, would be extraordinarily difficult since free speech law is enshrined in the Constitution.

The problem with that approach, according to some critics, is that COVID misinformation and other unacceptable language often isn't technically illegal, leaving the decision to moderate it up to individual platforms like Twitter.

"What if free speech includes a lie or incorrect information? Like someone for example says incorrect stuff about vaccine or politics that can cause hurt and damage others? Do you still allow it? Twitter banned many Anti vaccine people under this spread of incorrect information," one user commented under Musk's tweet pictured above.

Others pointed out that countries around the globe have different laws around free speech and that Musk may have a hard time balancing all those conflicting regulations. Germany, for example, doesn't allow people to post swastikas, but the US does.

If Musk had joined the Twitter board as originally planned, these decisions would be a group effort. Some are worried he won't be able to deliver on his promise of landing humans on Mars, and running Tesla, and running the Boring Company, and running a giant social media platform.

There are ways out of the purchase contract if Musk thinks it'll all become too much — but if one thing is clear from his life so far, it's that he relishes a nasty fight.