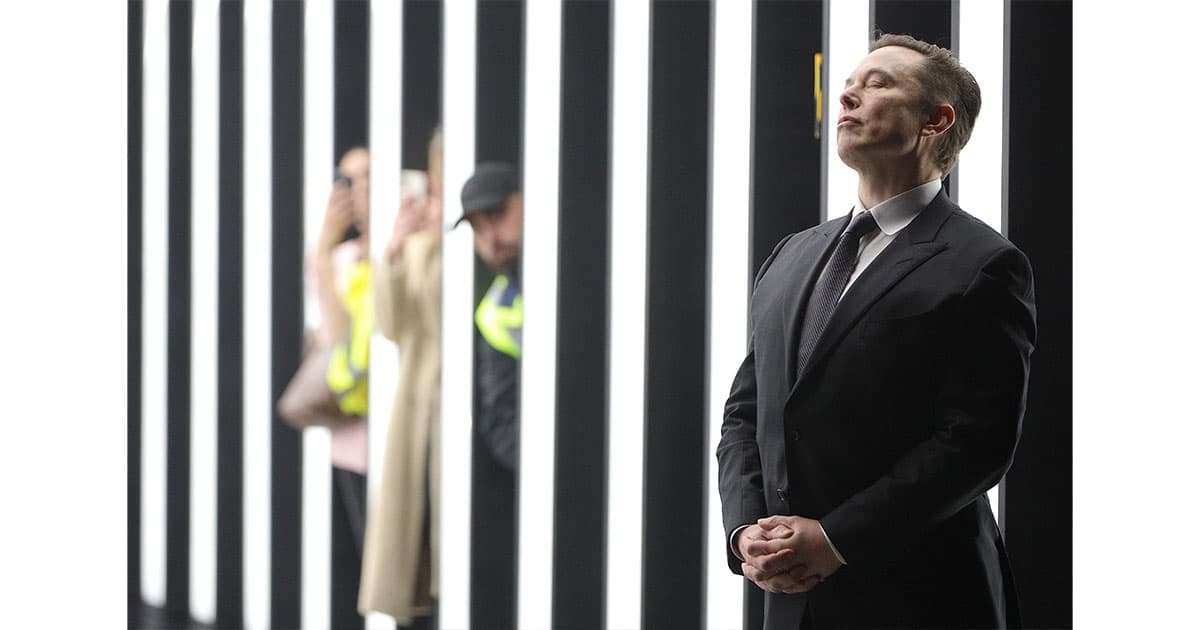 Tesla CEO Elon Musk is in final talks to take over Twitter, a shopping spree that came with a massive price tag of $44 billion.

And while he could soon add the social media network to his already lengthy portfolio of companies, his other major ventures are feeling the squeeze.

To come up with the money, even the richest man in the world had to dig deep into his pockets, offering up almost half of that amount from his personal riches, with a number of banks covering the rest.

To come up with that twenty-odd billion, Musk may have to dip into his Tesla shares — which appears to have driven Tesla shares into a nosedive.

Tesla shares slid 12 percent on Tuesday, wiping out a significant $125 billion in value that's the company's largest one-day drop since September 2020, according to The Wall Street Journal.

It all raises interesting questions. If the market doesn't cooperate, will Musk be able to see the deal through? And is it possible that his pursuit of Twitter could jeopardize his longer standing ventures?

Musk's Tesla shares account for roughly two thirds of his wealth of just over a quarter of a trillion dollars, according to Bloomberg's Billionaires Index.

It's still unclear how Musk will leverage his Tesla shares. He could sell them, borrow against them, or get other investors to foot the bill, as NPR points out. If he were to sell them, Tesla's shares could conceivably keep dropping.

There's also the issue of Tesla's second largest market: China. By making a big show of bringing his interpretation of "free speech" to Twitter, Tesla's footing in the totalitarian country could be on shaky ground.

China, after all, isn't all that keen on free speech and embraces the kind of censorship Musk is allegedly trying to rid Twitter of.

In fact, Musk's enemy number one, Amazon founder Jeff Bezos, suggested that the Chinese government may have gained "a bit of leverage over the town square," in a tongue-in-cheek tweet on Monday.

Bezos did, however, admit in a follow-up tweet that "Musk is extremely good at navigating this kind of complexity."

But whether that will turn out to be true remains to be seen. Musk's purchase of Twitter has sent shockwaves through his most successful venture. Whether those effects will last, however, is a different question.