His plan: "making the algorithms open source to increase trust, defeating the spam bots, and authenticating all humans." 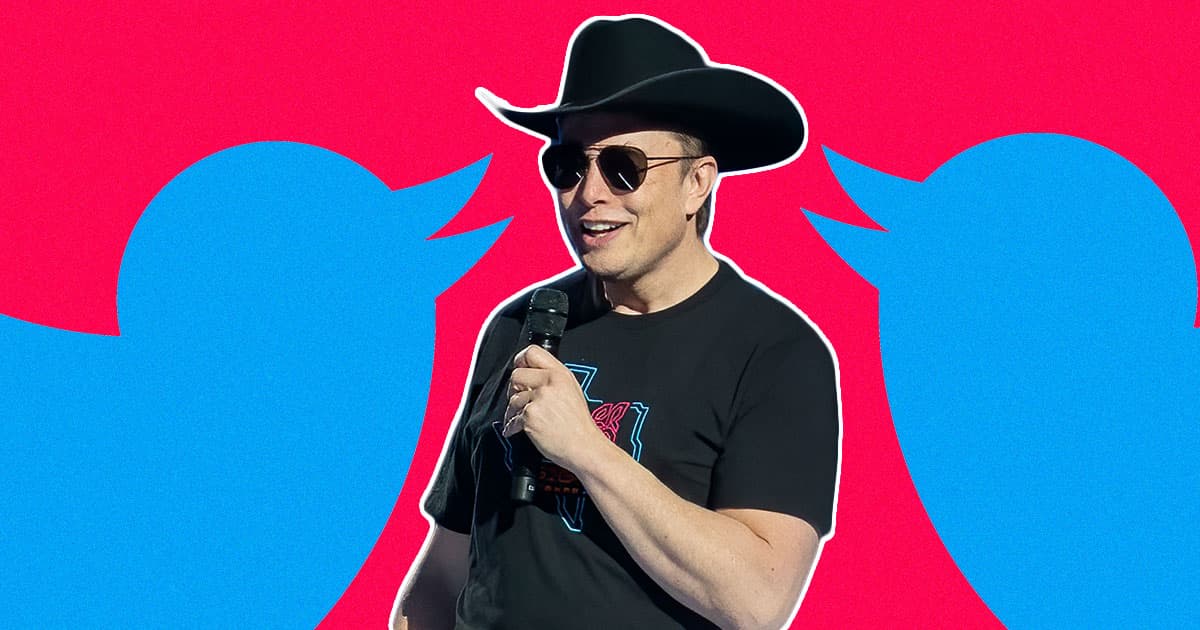 It's official: Twitter has agreed to allow a takeover by Tesla and SpaceX CEO Elon Musk, the richest person in the world — a watershed moment in the history of social media, as well as a puzzling new twist for a billionaire best known for rockets and electric cars.

The transaction is worth roughly $44 billion, a 38 percent premium compared to the stock price the day before Musk started investing in the company in early April.

More than half of that amount will come out of Musk's own pocket, with another $13 billion or so coming out of his Tesla shares.

What it means for the future of the popular but battle-scorched site is anyone's guess.

"Twitter has a purpose and relevance that impacts the entire world," Parag Agrawal, Twitter's CEO, said in the statement. "Deeply proud of our teams and inspired by the work that has never been more important."

Musk has previously said that he wants to make Twitter a bastion for free speech — although given his own history of silencing critics, it's extremely unclear how that'll play out.

"Free speech is the bedrock of a functioning democracy, and Twitter is the digital town square where matters vital to the future of humanity are debated," Musk said in the announcement. " "I also want to make Twitter better than ever by enhancing the product with new features, making the algorithms open source to increase trust, defeating the spam bots, and authenticating all humans."

"Twitter has tremendous potential — I look forward to working with the company and the community of users to unlock it," he added.

Musk also argued in a tweet today that "I hope that even my worst critics remain on Twitter, because that is what free speech means."

The future of the company now looks as uncertain as it ever has, as Musk's purchase could represent a tectonic shift in the company's business and cultural context.

For one, the billionaire CEO has said that he isn't in it for the money and that he doesn't "care about the economics at all."

Commentators are already pointing out that Musk's rather vague plans may end up being self-defeating and against the First Amendment.

"It's not nearly the funniest part of the list of things he intends on doing but 'making the algorithms open source and 'defeating the spam bots' are goals that work against each other," The Verge deputy features editor Sarah Jeong argued.

It's now up to Musk to follow through on his big goals — though, as always, whether he'll even have any spare time or willpower in addition to his other ventures is anything but certain.

More on the purchase: Elon Musk Reportedly in Final Stages of Deal to Buy Twitter

Read This Next
I Silence Thee
Leaked Messages Seem to Show Elon Musk Using Twitter to Punish His Enemies
Heating Up
Employees at TikTok Apparently Have a Secret Button That Can Make Anything Go Viral
Enemy Mine
Elon Musk Now Denies That His Family's Emerald Mine Existed, In Spite of Previously Bragging About It
Bot Rush
An Overwhelming Number of Porn Bot Accounts "Drowned Out" Chinese Protest Content on Twitter
Hardcore Mode
Even Twitter's Intern Just Resigned in Disappointment
More on Future Society
Balloon News
2:56 PM on futurism
China Says "Spy Balloon" Soaring Over America Is Completely Innocent
Down in Flames
Wednesday on the byte
Elon Musk Apparently Thinks Twitter Is a "Flaming Dumpster Rolling Down the Street"
All Tomorrow's Pa...
Wednesday on the byte
Party Startup Says It Has Zero Plans to Make Any Money With Investors' Funds
READ MORE STORIES ABOUT / Future Society
Keep up.
Subscribe to our daily newsletter to keep in touch with the subjects shaping our future.
+Social+Newsletter
TopicsAbout UsContact Us
Copyright ©, Camden Media Inc All Rights Reserved. See our User Agreement, Privacy Policy and Data Use Policy. The material on this site may not be reproduced, distributed, transmitted, cached or otherwise used, except with prior written permission of Futurism. Articles may contain affiliate links which enable us to share in the revenue of any purchases made.
Fonts by Typekit and Monotype.