"'I’m going to leave Twitter if Elon Musk takes over' is the new 'I’m going to move to Canada if Trump wins.'" 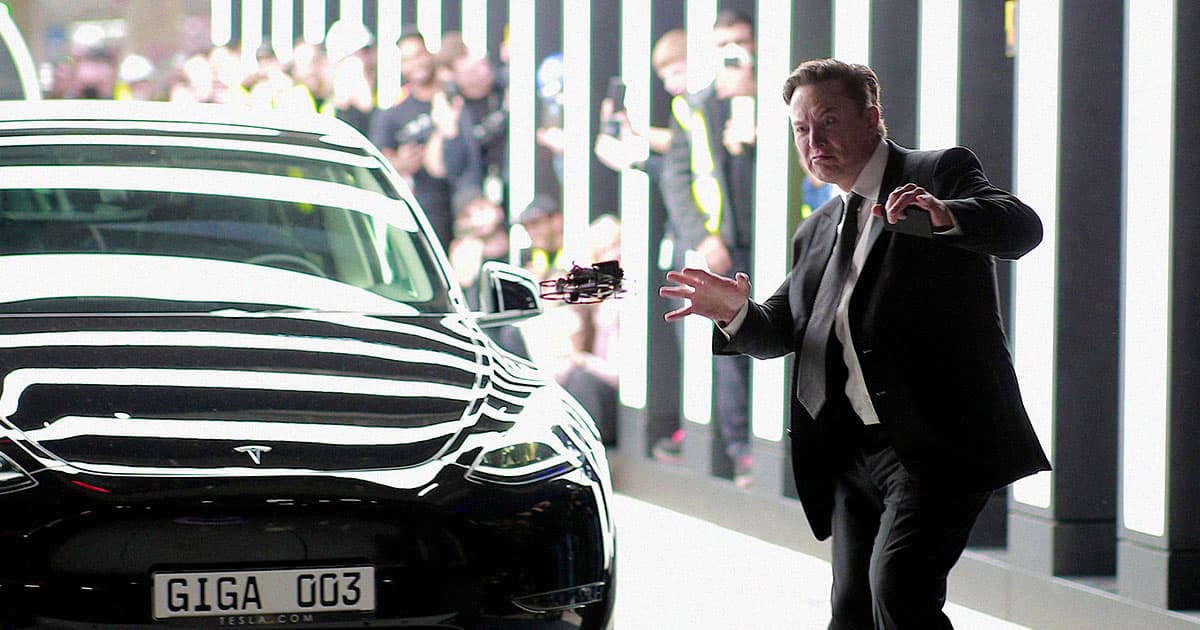 Tesla CEO and — richest person in the world — Elon Musk is threatening to personally take over Twitter after buying a large stake in the company, the beginning of a "hostile takeover bid," as the Washington Post put it.

And unsurprisingly, users on the social media platform is having a field day over the news.

Reactions were extremely mixed, to say the least, with some arguing Musk would bring some much needed levity and a renewed focus on transparency, while the other side pointed out that having so much wealth and influence concentrated in one man couldn't possibly bring more "free speech" to a place like Twitter.

For the record, that's Musk's own pitch for the acquisition.

"I invested in Twitter as I believe in its potential to be the platform for free speech around the globe, and I believe free speech is a societal imperative for a functioning democracy," reads Musk’s filing with the Securities and Exchange Commission.

"I am frightened by the impact on society and politics if Elon Musk acquires Twitter," Washington Post columnist Max Boot tweeted. "He seems to believe that on social media anything goes. For democracy to survive, we need more content moderation, not less."

"Elon Musk making a play for Twitter out of his petty cash drawer is one more example of why the pooling of so much wealth in the hands of a few is a societal disease," wrote Walter Shaub, senior ethics fellow at watchdog Project On Government Oversight.

Many also pointed out the rather obvious double standards at play.

"When I criticized Musk for worker violations at Tesla, he blocked me," Berkeley professor Robert Reich wrote. "When a college student started a Twitter account to track Musk’s private plane, Musk tried to buy him off, before blocking him. Does that sound like a 'free speech absolutist" to you?'"

Others, many Musk supporters among them, were far less worried, arguing Elon would make Twitter "more fun," and that the buy could be "amazing for Dogecoin."

Plenty of Twitter users, however, were just excited to be along for the ride.

"'I’m going to leave Twitter if Elon Musk takes over' is the new 'I’m going to move to Canada if Trump wins,'" quipped author Carol Roth.

"Maybe if we tell Elon Musk that buying Twitter will end homelessness he won’t do it," another user chimed in.

As has always been the case, getting a read on Musk's true intentions is a fool's errand. But one thing is for certain: Twitter is in for a very rocky ride.

More on the saga: Elon Musk Offers to Buy the Entirety of Twitter