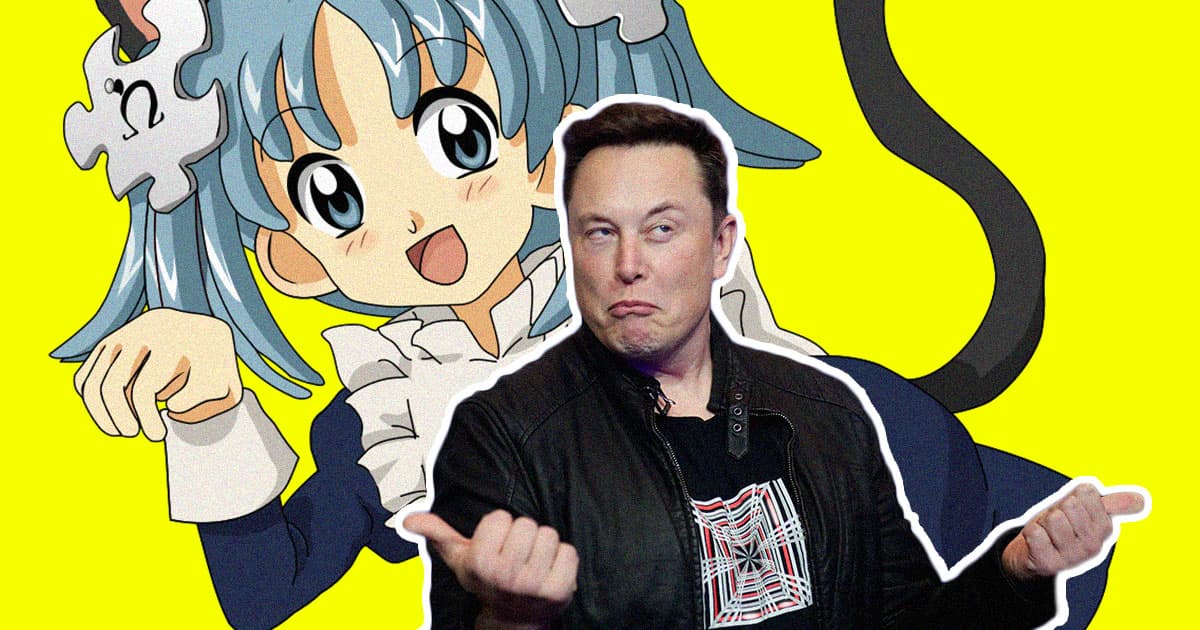 We are sorry to bring you this information.

We are sorry to bring you this information.

To SpaceX and Tesla CEO Elon Musk, the future is teeming with humanoid robots.

During a lengthy and freewheeling conversation with TED's Chris Anderson last week, Musk expanded on his vision of what it could look like to share everyday life with automatons doing our bidding.

And, predictably, the conversation jumped directly to the sexual implications of humanoid androids. Despite his busy personal schedule, Musk clearly does have some time to daydream.

"It's probably inevitable," Musk said after being asked if robots could ever become romantic or sex partners.

"I mean, I did promise the internet that I’d make catgirls," he added. "We could make a robot catgirl."

Musk has repeatedly talked about his infatuation with catgirls, which are fictional human female characters with cat ears, tails, and whiskers, often portrayed in anime and manga.

In 2019, he joked that an upcoming Tesla software feature would not only blow customers' minds, but it'd also be a "crucial step towards catgirls."

While Musk is clearly having a laugh by bringing a weird meme to an otherwise earnest conversation, Tesla is indeed working on a humanoid robot called Optimus.

So far, though, all we've seen is a performer in a black and white jumpsuit dancing on stage at the company's AI Day event last year.

And, since it's Musk, the billionaire CEO couldn't help himself but make some rather big promises during his chat with Anderson.

"I think we’ll have like an interesting prototype sometime this year," he said. "We might have something useful next year, but I think quite likely within at least two years."

If there's one thing we've learned, it's that we shouldn't take Musk's predictions at face value. After all, he's fallen short plenty of times in the past.

In other words, we're not expecting Tesla to leapfrog decades of humanoid robot advancements this year — and that goes for catgirls as well.