"Decentralized control of the robots will be critical." 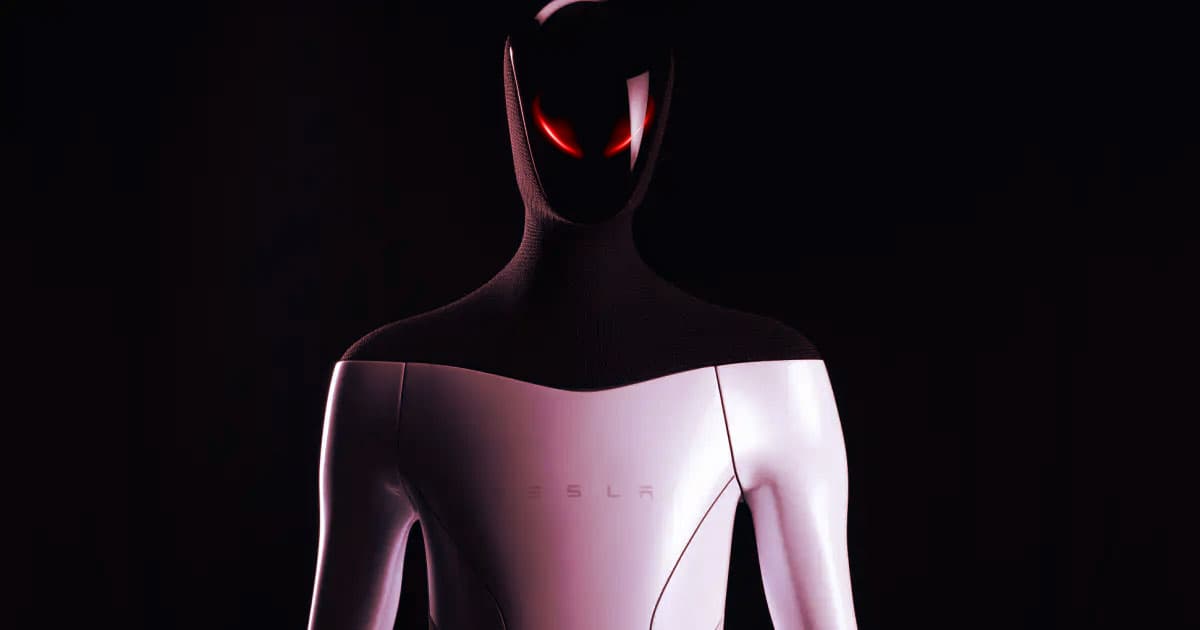 Listen up, folks: Elon Musk is going to build the world’s first sentient robots — but don’t worry, he has a workaround to avoid a “Terminator”-esque catastrophe.

It may sound like a bit of a stretch, but that doesn’t mean the Tesla and SpaceX CEO doesn’t believe it will happen. In a recent tweet, he claimed out of nowhere that his car company’s recently-teased humanoid robot, Optimus, “might play a role” in bringing about artificial general intelligence (AGI) — a term meaning AI that meets or even surpasses the intelligence of a human being.

“Tesla AI might play a role in AGI,” Musk tweeted, “given that it trains against the outside world, especially with the advent of Optimus.”

For those not steeped in Elonspeak, here’s a translation. Tesla’s AI research and development department, tasked with making the company’s self-driving cars smarter, may soon have a hand in making sentient AI a reality.

That’s because, as Musk put it, the car’s AI will incorporate information and data from its surroundings in real-time, and become even smarter once the Optimus robots are launched.

When Tesla’s Optimus will make its grand entrance — if ever — remains to be seen. So far, we’ve only seen a performer in a spandex suit dancing on stage at the company’s AI Day last year.

While the realization of AGI — much less the reality of one — is still likely years off, recent advancements in autonomous robots and machine learning have experts atwitter.

Last year, for instance, former Google executive Mo Gawat warned that bloodthirsty robots like Skynet from “The Terminator” series are inevitable — a sentiment in line with Musk’s own belief that sentient robots “are coming anyway.”

When a fanboy asked about the potential for “AGI gone awry” on Twitter, Musk responded that Tesla will do its “best” to keep it in check, and that “decentralized control of the robots will be critical.”

Though the assurance is welcome, the world’s richest man — as usual — remained quiet on the details.

It’s no surprise that AGI rallying cries are coming from the man whose purported mission it is to make humans a multiplanetary species. All the more reason to take concerns over an impending singularity event seriously.

Read This Next
Rob's Removal
Deepfaked Robert Pattinson TikTok Account Mysteriously Nuked
Bot-icelli
Sorry, But There’s No Way Tesla Is Selling a Humanoid Robot Next Year
Homo Computerus
MIT Researcher: Don’t Ignore the Possibility That AI Is Becoming Conscious
Nay I
Researchers Furious Over Claim That AI Is Already Conscious
Dream Deeper
Mad Scientist Forces AI to Make Horrific Pictures Out of BuzzFeed Headlines
More on Artificial Intelligence
Ay Gee Eye
Thursday on the byte
Google Says It’s Closing in on Human-Level Artificial Intelligence
Oh No
Apr 28 on futurism
Man Married to Hologram Can’t Talk to Wife Due to Software Glitch
My Liege
Apr 26 on the byte
AI Generates Painting of Actual “Burger King” and There’s a Terrifying Hunger in His Eye
READ MORE STORIES ABOUT / Artificial Intelligence
Keep up.
Subscribe to our daily newsletter to keep in touch with the subjects shaping our future.
+Social+Newsletter
TopicsAbout UsContact Us
Copyright ©, Camden Media Inc All Rights Reserved. See our User Agreement, Privacy Policy and Data Use Policy. The material on this site may not be reproduced, distributed, transmitted, cached or otherwise used, except with prior written permission of Futurism. Fonts by Typekit and Monotype.