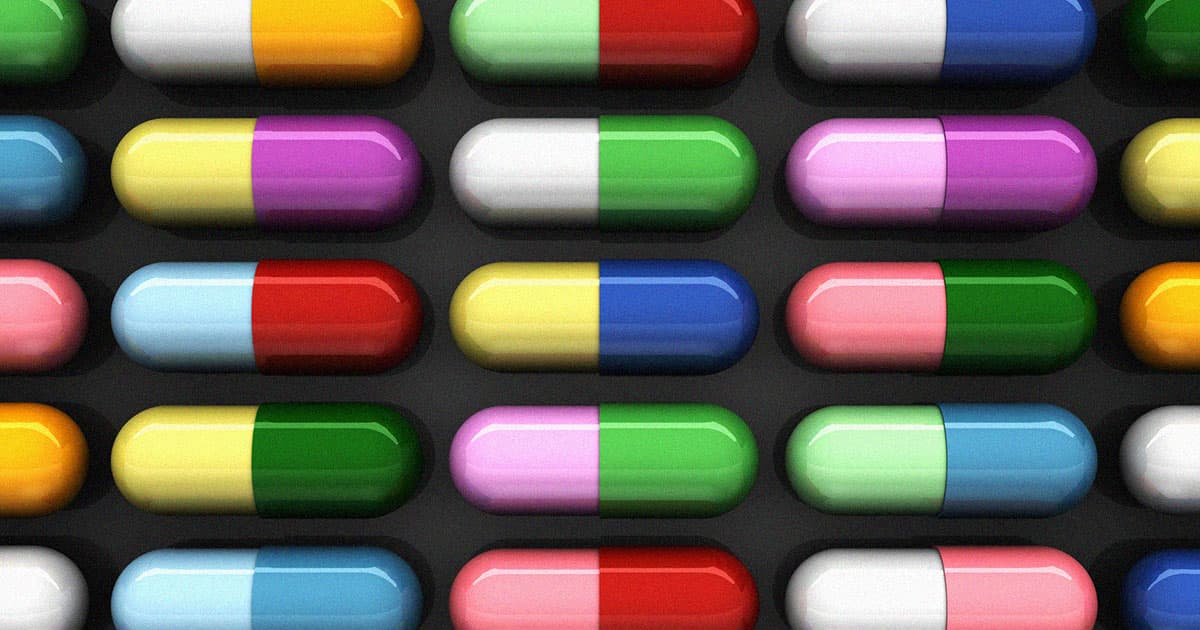 Canadian researchers have created a no-fun AI that imagines what designer drugs will hit the streets before they're even invented — in order to help cops crack down on them.

This week, medical researchers at the University of British Columbia announced that they'd fed a machine learning algorithm a database worth of information on "known psychoactive substances," with the goal of predicting new designer drugs before the chemists and dealers who sell them have a chance to even make them real.

What's worse: UBC not only touts that it's creating a "'Minority Report' for new designer drugs," without any apparent understanding that "Minority Report" was a cautionary tale, but the press release associated with the project also makes clear that they're doing so because they want to help cops fight the war on drugs — which, of course, has been a dismal failure.

In an actual quote from the press release, one of the senior authors of a paper on the UBC neural network published the journal Nature Machine Intelligence joined the ranks of those who completely misread cautionary speculative fiction when touting this dangerous new AI.

"The fact that we can predict what designer drugs are likely to emerge on the market before they actually appear is a bit like the 2002 sci-fi movie, 'Minority Report,' where foreknowledge about criminal activities about to take place helped significantly reduce crime in a future world," computer scientist David Wishart bragged. "Essentially, our software gives law enforcement agencies and public health programs a head start on the clandestine chemists, and lets them know what to be on the lookout for."

While this kind of machine learning seems like it could very easily end up like so many others that went completely wrong, that apparently hasn't stopped the university from giving access to the technology to several global law enforcement agencies, one of which it says is already using the tech.

Again, it's worth noting that thus far, the stated goal of the war on drugs — to eradicate the harm of drug addiction and bring to justice the indubitable bad guys who steal and kill in the service of said drugs — has been a massive failure.

And if its new frontier is based on a film that's based on the book that popularized the term "pre-crime," then we're absolutely screwed.

Update: After this story ran, the researchers clarified that while numerous law enforcement agencies have access to the tech, only one is confirmed to be using it.

Read more: "AI can now predict designer drugs before they even hit the market" [Screenshot Media]

More on AI gone horribly wrong: "Scientists Built an AI to Give Ethical Advice, But It Turned Out Super Racist"

Read This Next
Unforgettable
Guy "Outsources" His Own Memory to AI
Brands We Love
Choose the Perfect Stock Photo Every Time With JumpStory's AI Tools
More on Artificial Intelligence
Another One Bites...
Yesterday on the byte
OpenAI Reportingly Hiring "Army" of Devs to Train AI to Replace Entry-Level Coders
Realty Bites
Yesterday on the byte
Shameless Realtors Are Already Grinding Out Property Listings With ChatGPT
Inside View
Yesterday on futurism
I Work for CNET’s Parent Company. Its AI-Generated Articles Disgust Me.
READ MORE STORIES ABOUT / Artificial Intelligence
Keep up.
Subscribe to our daily newsletter to keep in touch with the subjects shaping our future.
+Social+Newsletter
TopicsAbout UsContact Us
Copyright ©, Camden Media Inc All Rights Reserved. See our User Agreement, Privacy Policy and Data Use Policy. The material on this site may not be reproduced, distributed, transmitted, cached or otherwise used, except with prior written permission of Futurism. Articles may contain affiliate links which enable us to share in the revenue of any purchases made.
Fonts by Typekit and Monotype.