Guy "Outsources" His Own Memory to AI

"It comes with a catch: using a memory tool like this has the potential to make your biological memory worse over time." 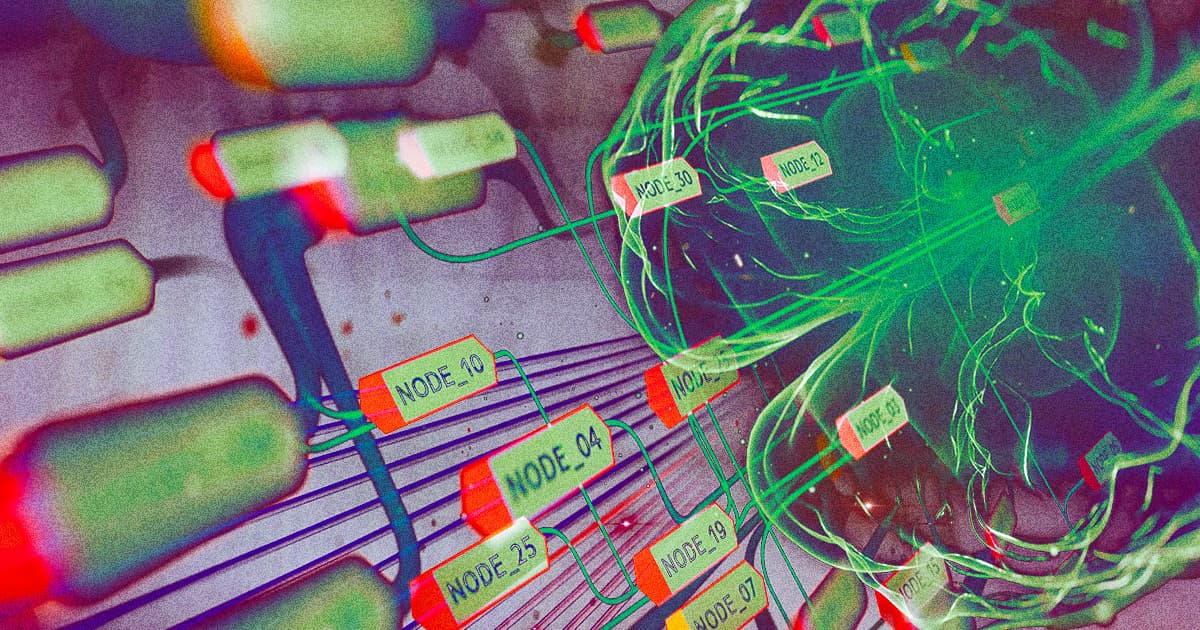 To cope with the very real challenges that humans face when trying to remember everything that we read online, tech journalist Shubham Agarwal decided to "outsource" his memory to assistive AI.

"Often during the day, I end up Googling articles I read just a few hours ago because I can't recall more than a few key words," Agarwal wrote for Insider, detailing how the never-ending digital publishing ecosystem and the skim-style reading practices that it encourages — coupled with the fact that it's simply just harder to remember text we read on screens than text we read on paper — has basically decimated his memory. (Relatable.)

But while the app that Agarwal turned to, an AI-powered web browser extension called Heyday, does seem pretty useful, there might be one hell of a downside.

"In the three weeks I spent with the app," he continued, "I found it was effective at helping me remember things, but it comes with a catch: using a memory tool like this has the potential to make your biological memory worse over time."

Unlike competitors that pretty much just make lists of web pages you've visited — often requiring a lot of input on the user side — Heyday scans nearly everything that you consume on that web browser, including but not limited to "documents, messages, files, newsletters, notes, presentations, spreadsheets, [and] tweets," according to its website.

From there, the data is divided into specific categories, which the app then draws on to create dynamic prompts for the user — in search results, in articles and documents, and so on. And because the machine learns as it goes, the individualized algorithm just gets more precise over time. (Heyday also claims to encrypt all of the data it collects.)

By Agarwal's description of his experience, the app certainly seems to fall in line with a number of other machine assistants that have cropped up in the last few years, like Apple's Siri and Amazon's Alexa. And to the credit of the folks at Heyday, humans already rely on a number of tools, digital and analog, to help them remember things like appointments and notes — calendars, to-do lists, reminders, etcetera. There's also, of course, human assistants and secretaries that administratively hold people and businesses together.

"Our capacity to process incoming information is naturally limited," Andrew Dillon, an information-and-psychology professor at the University of Texas, told Agarwal, adding that "we pay a cost in terms of memory and comprehension or time" when we try to comprehend too much at once.

That in mind, AI like Heyday does seem helpful, and humans are more predictable than we'd generally like to think. Even so, there's something at least a little eerie about an app that, without requiring manual input, both "remembers" what you might need to recall and thus prompts you to do so.

And while the Heyday CEO Samiur Rahman told Agarwal that the app is intended to "increase the creative output of individuals" by allowing them to focus less on recall and more on "thinking, creativity, and analysis," it's hard to shake the feeling that something deeply human might get lost in-between — especially when a function of the mind as essential as memory can hardly be considered a lowly administrative task.

"Why learn a poem by heart if you can pull it up on demand? What's the point of learning your math tables if you can just ask Alexa for the answer? Like our bodies, do our minds also need to be exercised to maintain full functioning?" Dillon continued, warning that use of an app like this could render human memory more reliant on tech than ever. "I think there's some truth in this."

READ MORE: I Outsourced My Memory to AI for 3 Weeks [Insider]

Read This Next
Naughty Botty
Amazing "Jailbreak" Bypasses ChatGPT's Ethics Safeguards
Immortality Lite
Metaverse CEO Says ChatGPT Is Speeding Up Timeline for Emulating Dead People
Bot Wreck
Red Ventures Knew Its AI Lied and Plagiarized, Deployed It at CNET Anyway
Pleading the Fifth
Extremely Embarrassing Evidence Emerges Against CEO of “Robot Lawyer” Startup
Faking Face
Twitter Is "Verifying" Accounts With AI-Generated Faces
More on Artificial Intelligence
Sing Me a Song
7:49 PM on the byte
Google Officially Announces ChatGPT Competitor Called "Bard"
Hmmmmmmmm
7:16 PM on the byte
Head of ChatGPT Admits She Had Concerns About Releasing It Publicly
Judge Dredd
3:34 PM on the byte
Judge Uses ChatGPT to Issue Ruling in Court Case
READ MORE STORIES ABOUT / Artificial Intelligence
Keep up.
Subscribe to our daily newsletter to keep in touch with the subjects shaping our future.
+Social+Newsletter
TopicsAbout UsContact Us
Copyright ©, Camden Media Inc All Rights Reserved. See our User Agreement, Privacy Policy and Data Use Policy. The material on this site may not be reproduced, distributed, transmitted, cached or otherwise used, except with prior written permission of Futurism. Articles may contain affiliate links which enable us to share in the revenue of any purchases made.
Fonts by Typekit and Monotype.