Study Suggests That This Particular Exercise May Boost Memory

No excuse not to do 'em. 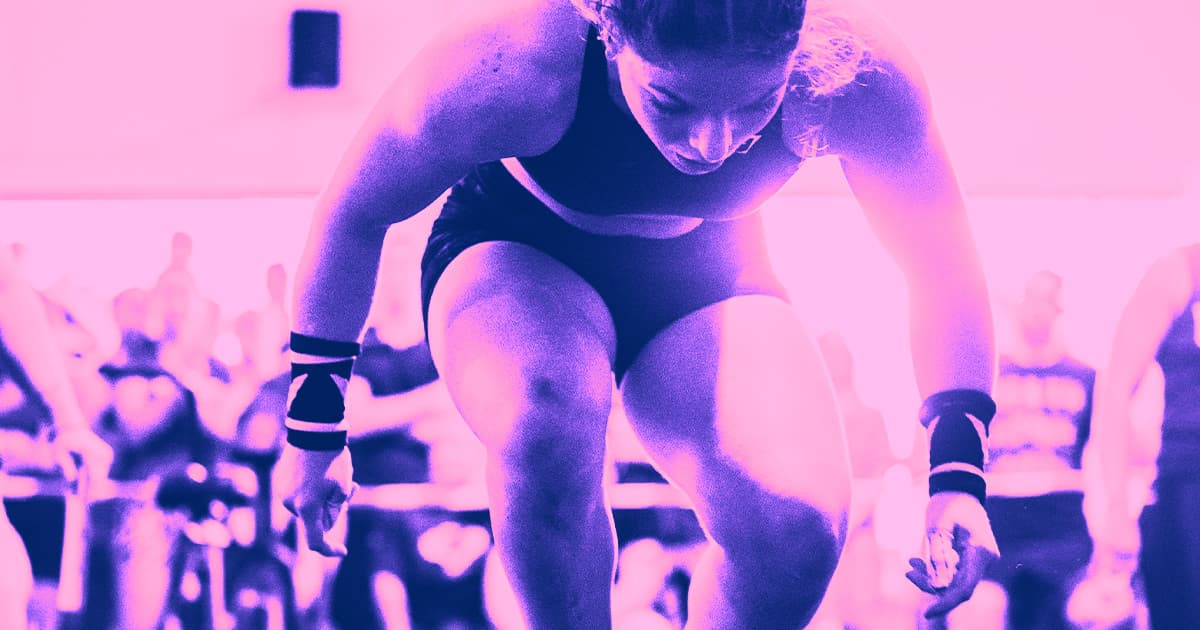 Ah, the burpee. Who hasn’t been forced against their will to perform way too many arduous reps of this exercise? Touted as the ultimate full-body workout that requires no equipment, gym teachers and drill instructors across the world swear by its efficacy.

As grueling as it can be, it may turn out that your lousy gym teacher was right: new research suggests that burpees not only improves endurance in teenagers — as you might expect — but it may be linked to a marked improvement in short term memory as well.

For those unfamiliar, the infamous exercise popularized by the military involves lowering into a squat from standing, shooting your legs out behind you into a plank position, performing a pushup, and then jumping up — and then repeating, often ad nauseam.

Published in the journal Environmental Research and Public Health, the study involved 52 teenaged boys and girls between 15 and 16 years old, since existing scholarship shows that that period in life is a particularly sensitive one for improving endurance. For four months, the researchers split the adolescents into a control and experimental group. The former participated in a typical endurance program that didn’t involve burpees, while the latter followed the same program but with the all-too-dreaded exercise exercise tacked on. In practice, the teenagers started by performing 60 seconds worth of burpees, with the duration increasing as the study went on.

The researchers found that the adolescents involved in the burpee program ran a significantly improved 8.6 percent faster in a 2000 meter run (about 1.25 miles). Meanwhile, teens stuck in the control group were only 1.9 percent faster, which the data indicates is not a statistically significant difference.

Even before getting to the cognitive effects, it may seem obvious that performing burpees would improve endurance, but it surprised even the researchers just how much more effective burpees were at making the teens better runners than the plain-Jane endurance program of the control group. In fact, the researchers note that so far, there have been "no scientific studies showing the burpee exercise as an effective element of physical activity for adolescents."

Things get even more interesting when you look at short term memory. According to the study, the adolescents involved in the burpee program exhibited a whopping 26 percent improvement in the well-known and reliable Jacobs test, a short term memory evaluation that uses a digit span that participants must recall in the same order the numbers were presented in.

Tamping down expectations a little bit, the researchers do concede that they "do not know whether the burpee exercise caused these positive effects per se or if it was the interaction with the program." In other words, it's hard to tell if it's a case of direct memory improvement, or simply the teens getting more amped up and engaged as a result of being involved in the study. And, of course, the study says nothing about how burpees might affect the fitness or cognition of other age groups.

Still, the results are significant enough that the researchers posit that "adding the burpee to an exercise program constitutes at least a preliminary practical approach to improving the effectiveness of physical education programs such as the one that was adopted."

As a word of caution, that doesn’t mean teenagers should be instructed to go all out on burpees, as the researchers stress that finding the right balance is crucial. Too little exercise wouldn’t result in significant improvement, whereas too much could physically and psychologically drain them, and maybe demotivate them from performing burpees further. Teens can be fickle.

Future studies, the researchers say, should focus on the dosage of the exercise needed for optimal improvement.

It's early days, but the findings are intriguing, if far from definitive. It's possible the improvement might be down to the slight increase in volume of exercise, rather than the exercise itself. Nevertheless, regular burpees won't turn your average teen into a savant with eidetic memory, but as the study and decades of widespread adoption have shown, it'll probably still be good for them.

More on fitness: Scientists Find That Lifting Weights for Just Three Seconds Is Quite Good for You