Elon Musk Says the Metaverse Sucks and Neuralink Will Be Better

"Sure you can put a TV on your nose. I’m not sure that makes you 'in the metaverse.'" 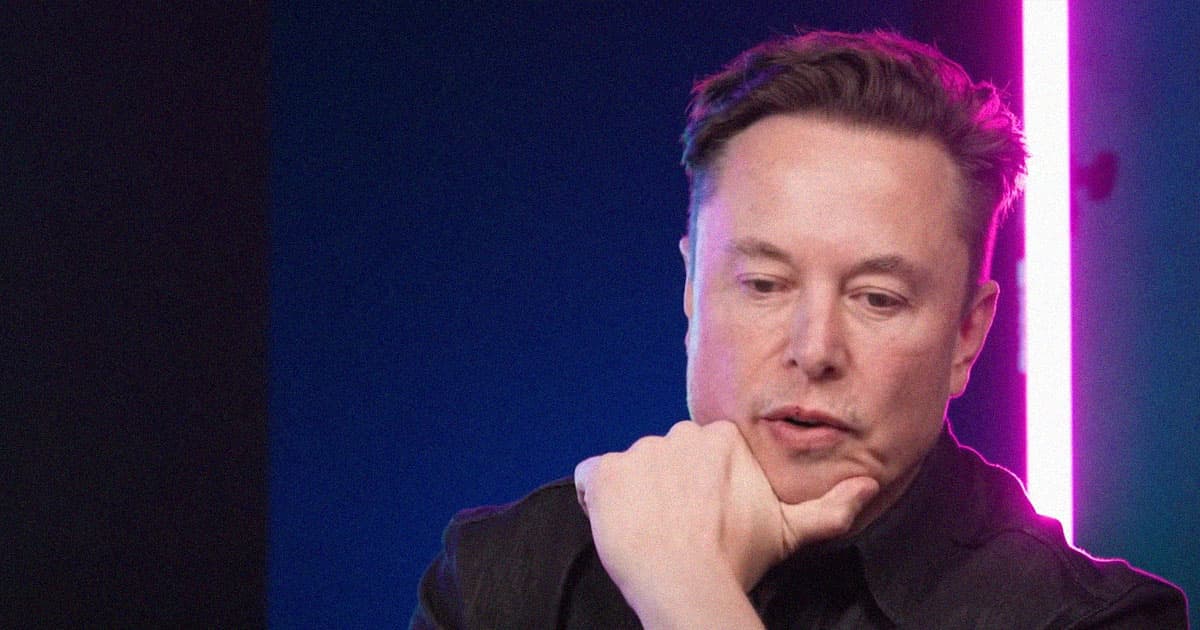 In a new interview with conservative satire website The Babylon Bee, Tesla and SpaceX CEO Elon Musk took a stab at the concept of the Metaverse, the quirky virtual world Facebook-now-known-as-Meta says will supplant our boring two-dimensional screens.

"Am I like one of those people who was dismissing the internet [in] '95 as some fad or something that’s never going to amount to anything?" Musk asked the site.

"Sure you can put a TV on your nose," he added derisively. "I’m not sure that makes you 'in the metaverse.'"

Musk, for one, is certainly not compelled by the idea of "strapping a frigging screen to their face all day and not wanting to ever leave."

"It gets uncomfortable to have this thing strapped to your head the whole time," he added. "I think we're far from disappearing into the metaverse."

Musk also offered what he sees as a far better alternative: a chip surgically implanted in your brain, courtesy of the brain-computer interface company Neuralink he co-founded.

"Long term, a sophisticated Neuralink could put you fully, fully in a virtual reality thing," he said.

Meta, formerly known as Facebook, has made a huge VR push as of late, selling its Metaverse as a more meaningful way of connecting with others via a VR headset. But even the company's own vice president for global affairs and communications Nick Clegg recently admitted the experience is still lacking.

"If I’m lifting my head, it’s because I’m drinking my coffee and this wretched headset is too bulky for me to drink my coffee without moving my headset," Clegg told the Financial Times in a recent interview.

Musk also took aim at Web3, the concept of democratizing the internet by rebuilding it around the blockchain. He described Web3 in his Babylon Bee interview as "more marketing than reality."

But Musk stopped short from condemning the idea of the metaverse or Web3 outright. He argued there is "a danger" of not being able to "see a compelling metaverse situation," comparing his perspective to David Letterman tearing apart the idea of the internet in a 1995 interview with Bill Gates, a video of which he shared earlier this week.

Whether the idea of the Metaverse will eventually take off or die as a fad is anything but certain. Besides, Musk has been wrong before.

While VR technologies have come a long way, they're still far from mainstream — nevermind reaching even close to the number of people Facebook's social media platform can.

But will a surgically implanted brain chip convince enough customers if VR headsets fail? That's arguably an even bigger stretch.

More on metaverse: Sexual Assault Is Already Happening in the Metaverse

Read This Next
Oh, Good
Oculus Founder Builds VR Headset That Kills User If They Die in Game
Quacks Like a Duck
Watching Elon Musk's Robot Back to Back With Boston Dynamics Is... Something
Gloves Off
Facebook Shows Off Gloves That Allow You to "Feel" VR Objects
Breakthrough Technologies
Facebook Hardware Devs Reportedly Skeptical of Metaverse
Tesla Bots Roll Out
Elon Musk Just Announced a Humanoid "Tesla Bot"
More on Robots & Machines
No Ethics
Yesterday on the byte
San Francisco Cops Now Allowed to Use Robots to Kill People
FROM THE DEPT. OF...
Monday on futurism
The Best Over-Ear Headphones of 2022
FROM THE DEPT. OF...
Monday on futurism
The Best Studio Headphones of 2022
READ MORE STORIES ABOUT / Robots & Machines
Keep up.
Subscribe to our daily newsletter to keep in touch with the subjects shaping our future.
+Social+Newsletter
TopicsAbout UsContact Us
Copyright ©, Camden Media Inc All Rights Reserved. See our User Agreement, Privacy Policy and Data Use Policy. The material on this site may not be reproduced, distributed, transmitted, cached or otherwise used, except with prior written permission of Futurism. Articles may contain affiliate links which enable us to share in the revenue of any purchases made.
Fonts by Typekit and Monotype.