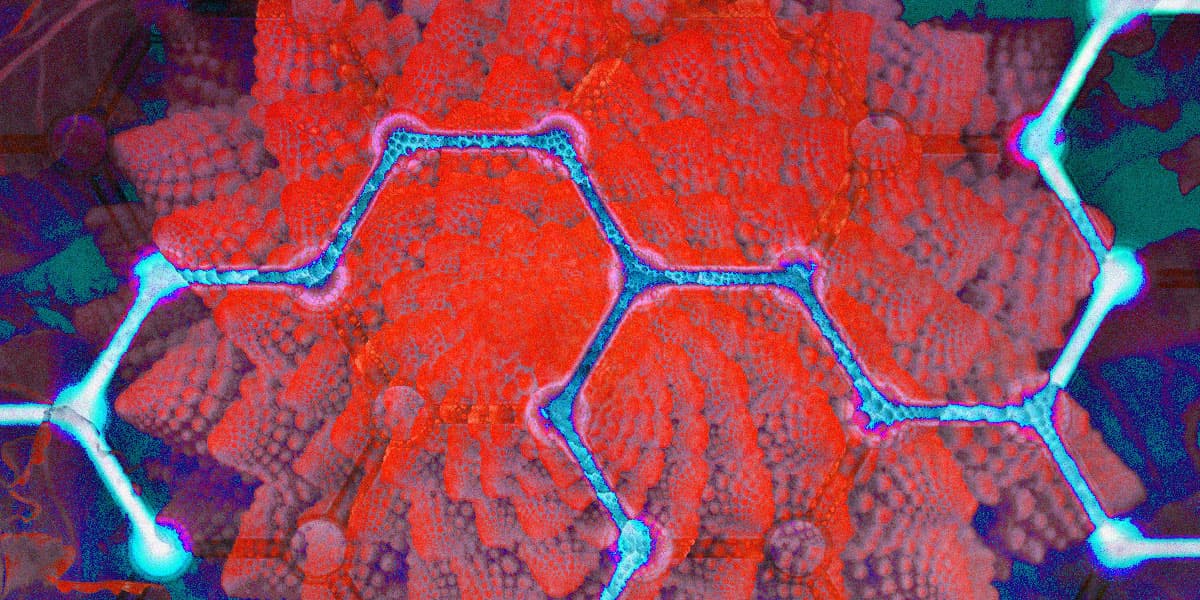 "This work presents evidence that the order observed in biological systems is fundamentally computational."

"This work presents evidence that the order observed in biological systems is fundamentally computational."

Buckle your seatbelts, because a trio of researchers just published an unusual research paper that claims that blockchain technology — the decentralized ledgers behind cryptocurrencies like Bitcoin — fit at least some criteria biologists use to define life.

From a computational point of view, there are several similarities between the ways that DNA and genetics drive evolution and how blockchain nodes drive technological progress, according to theoretical research published in the journal Origins of Life and Evolution of Biospheres on Saturday. The paper doesn't claim that blockchains are actually alive in the same way as a biological cell. But it is provocative, making claims including the suggestion that a "blockchain-based" organism "fits some definitions of life" and could surpass biological life in terms of evolutionary adaptability and development.

Ultimately, the paper argues that blockchain networks follow all of the commonly accepted criteria for biological life, just without the biological part, and could eventually grow and evolve just like an organism.

"We present a model of a simple decentralized, self-sustaining, self-organizing, self-regulating blockchain-based organism as an operationally closed system, and describe developing technologies that could enable it in the near future," reads the paper.

"Such systems would have a number of specific advantages over biological life," the paper continues, "including significantly improved speed, accuracy, redundancy, and unlimited size of blockchain as opposed to DNA, the ability to pass acquired traits to offspring, the ability of specialized cells to operate independently of host organism, and a lack of programmed senescence and death."

Those advantages, according the paper, could theoretically allow AI that operates on such a blockchain to evolve in a way that resembles but has more direction than the randomness of natural selection, ultimately resulting in the genesis of artificial general intelligence that builds itself to be smarter and more sophisticated over time.

READ MORE: A novel definition of life and its implications to cybernetic systems [Planetary Science Institute]

Gene-Hacked Blood Suckers
Residents Furious at Release of 500 Million Gene-Hacked Mosquitoes
4. 26. 21
Read More
Brain Freeze
Colleges Are Mailing Brains to Students to Dissect at Home
9. 11. 20
Read More
Brands We Love
Blockchain Is Good for More than Just Crypto. These Courses Show You How to Use It
5. 16. 20
Read More
+Social+Newsletter
TopicsAbout UsContact Us
Copyright ©, Camden Media Inc All Rights Reserved. See our User Agreement, Privacy Policy and Data Use Policy. The material on this site may not be reproduced, distributed, transmitted, cached or otherwise used, except with prior written permission of Futurism. Articles may contain affiliate links which enable us to share in the revenue of any purchases made.
Fonts by Typekit and Monotype.