"As far as we know, this is the first time that a new species has been discovered on Twitter." 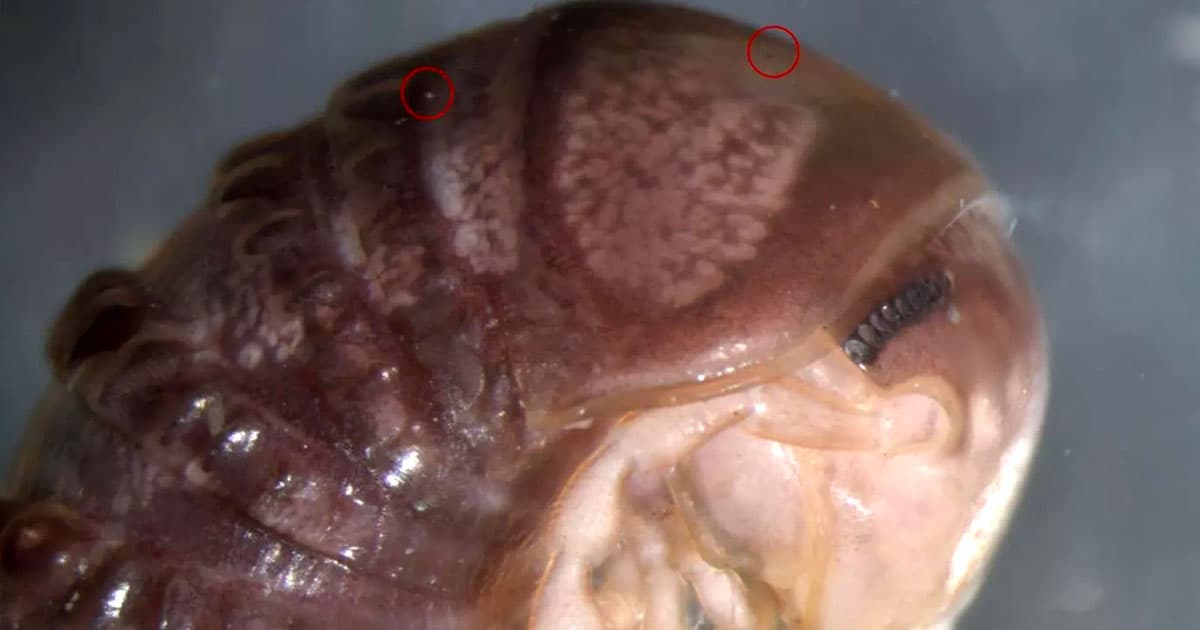 Biologist Ana Sofia Reboleira from the University of Copenhagen's Natural History Museum of Denmark discovered a previously undocumented species of fungus that likes to ride on the surface of millipedes — and named it after something equally disgusting.

It's new official Latin name: troglomyces twitteri, an ode to the social media platform that allowed it to be discovered.

Reboleira discovered the fungus while looking at a picture of a North American millipede uploaded to Twitter by colleague Derek Hennen, a researcher at Virginia Tech.

Tiny dots on the surface of the millipede first caught her attention.

"I could see something looking like fungi on the surface of the millipede, Reboleira said in a statement. "Until then, these fungi had never been found on American millipedes. So, I went to my colleague and showed him the image. That's when we ran down to the museum's collections and began digging."

In a new paper published in the journal MycoKeys, Reboleira and her colleagues describe how the fungus can puncture the millipede's shell so that half of it still sticks out.

The fungus is part of an order called labouls, a poorly-understood order of species. The researchers are hoping the discovery could shed new light on these tiny organisms and their relationship with their host.

To summarize: keep sharing your cool nature photos and pay attention to the details! Now if you'll excuse me, I have some millipedes to examine for parasitic fungus. pic.twitter.com/yPKYJKZJiP

"As far as we know, this is the first time that a new species has been discovered on Twitter," Reboleira said. "It highlights the importance of these platforms for sharing research - and thereby being able to achieve new results."

It's a type of discovery more pertinent than ever.

"I hope that it will motivate professional and amateur researchers to share more data via social media," she added. "This is something that has been increasingly obvious during the coronavirus crisis, a time when so many are prevented from getting into the field or laboratories."

More on fungi: These Researchers Want You to Live In a Fungus Megastructure

Read This Next
Gene-Hacked Blood Suckers
Residents Furious at Release of 500 Million Gene-Hacked Mosquitoes
Brain Freeze
Colleges Are Mailing Brains to Students to Dissect at Home
Avatar 7
These Gene-Hacked Glowing Plants Look Incredible
It's Alive-ish!
Scientists Grew Tiny Human Brains and Hooked Them up to Robots
Breaking Models
Scientists Are Having Trouble Keeping Gene-Hacked Creatures Alive
More on Hard Science
Good God
Tuesday on the byte
Huge Cloud of Toxic Yellow Gas Kills 13
zombie star
Tuesday on futurism
Scientists Puzzled by Star That Exploded in Supernova But Somehow Survived
Life on Mars
Jun 21 on the byte
Physicist Says There's a Small Chance You'll Wake Up on Mars Tomorrow Due to Quantum Physics
READ MORE STORIES ABOUT / Hard Science
Keep up.
Subscribe to our daily newsletter to keep in touch with the subjects shaping our future.
+Social+Newsletter
TopicsAbout UsContact Us
Copyright ©, Camden Media Inc All Rights Reserved. See our User Agreement, Privacy Policy and Data Use Policy. The material on this site may not be reproduced, distributed, transmitted, cached or otherwise used, except with prior written permission of Futurism. Fonts by Typekit and Monotype.