Scientists think the same hack could work on animals. 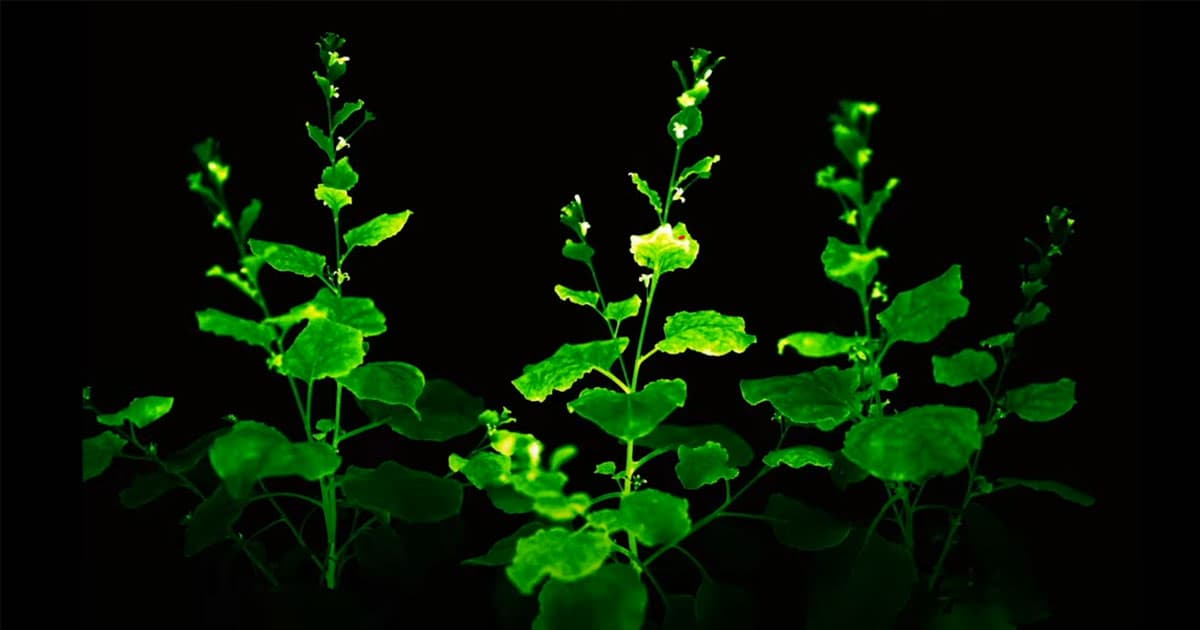 A team of Russian scientists have gene-hacked two species of the tobacco plant to emit a visible glow — around the clock, for the entire duration of their life cycle.

A stunning video shows off the science fiction-like effect.

Scientists have coaxed other plants to glow by injecting them with chemicals — but these new plants exhibit bioluminescence without such intervention, as ScienceAlert points out.

The goal isn't just to light up the next greenhouse like a Christmas tree. The scientists want to learn how plants' metabolisms work by looking at the way they react to external environments.

To get the plants to glow, the team used a "fungal bioluminescence system" that's capable of turning a common acid found in all plants into luciferin, the compound in organisms that can generate bioluminescence, as outlined in the scientists' paper published in the journal Nature this week.

The phenomenon is bright enough to be visible to the naked eye, but not powerful enough to read a book, according to ScienceAlert.

The glowing effect didn't interfere with any of the plant's natural functions, including "overall phenotype, chlorophyll and carotenoid content, flowering time and seed germination," according to the paper, except for a "12 percent increase in median height of transgenic plants."

The scientists have already gene-hacked other more popular flowering plants including petunias and roses.

In fact, "although caffeic acid is not native to animals, autonomous luminescence could also be enabled in animals," the paper reads.

Read This Next
Troglomyces twitteri
Scientist Discovers Gross New Fungus on Twitter
Futurism
An Amphibian Plague Recovery Could Spell Good News for Animal Disease
Futurism
"Glowing Mushroom" Discovery Could Revolutionize Biology
Futurism
Breakthrough Chemistry: We Can Now Create A New Form of Light
Futurism
Could a Fungus be the Answer to Giving Lab-Grown Meat Texture?
More on Hard Science
Tractor Beam
Thursday on the byte
Scientists Build Working Tractor Beam, Although It's Comically Tiny
Having a Blast
Jan 18 on the byte
New Study Shows Where You Should Hide to Survive a Nuclear Attack
Offworld Amino
Jan 15 on the byte
Scientists Find Building Blocks of Life in Meteor That Smashed Into Family's Driveway
READ MORE STORIES ABOUT / Hard Science
Keep up.
Subscribe to our daily newsletter to keep in touch with the subjects shaping our future.
+Social+Newsletter
TopicsAbout UsContact Us
Copyright ©, Camden Media Inc All Rights Reserved. See our User Agreement, Privacy Policy and Data Use Policy. The material on this site may not be reproduced, distributed, transmitted, cached or otherwise used, except with prior written permission of Futurism. Articles may contain affiliate links which enable us to share in the revenue of any purchases made.
Fonts by Typekit and Monotype.