Physicists May Finally Understand the Spatial Dimensions in Our Universe

Flux tubes might help to explain the early and expanding universe. 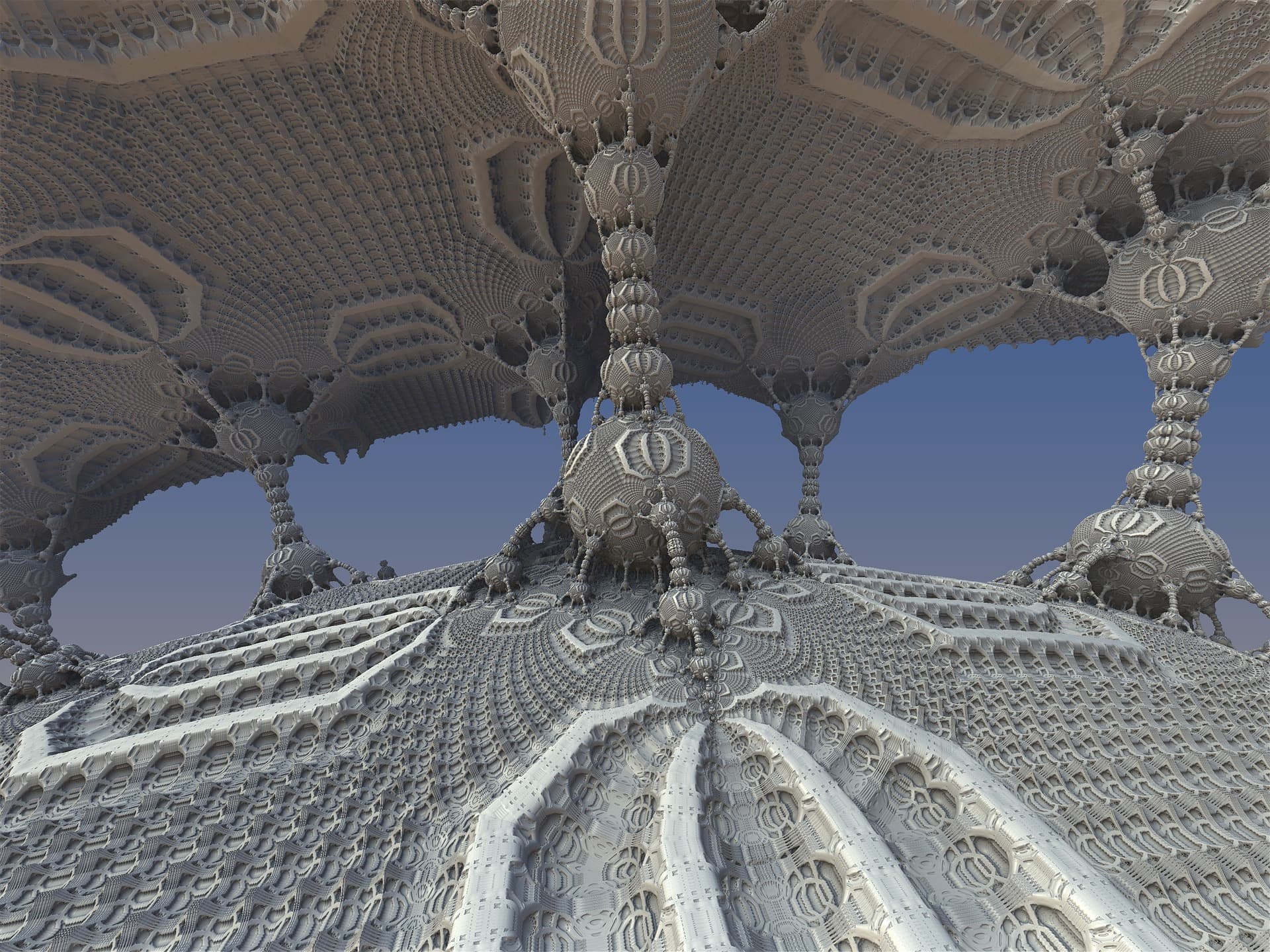 Back to the Beginning

An international team of scientists has come up with a new explanation for why space occupies three dimensions. The theory hinges upon flux tubes, which are comprised of quarks held together by gluons.

Current theories suggest that, in its earliest form, our universe was a primordial soup consisting of quarks and gluons. A large quantity of quarks and antiquarks were being quickly and intensely created and destroyed, which led to the formation of a huge number of flux tubes.

In normal circumstances, a flux tube linking a quark with an antiquark will disappear when the two particles make contact and annihilate one another. However, flux tubes can stabilize and form knots in certain circumstances, like if they become interlinked with one another. If the early universe was filled with such a network of flux tubes, the amount of energy contained within the structure could explain cosmic inflation, or the exponential expansion of the early Universe.

Theoretical frameworks like string theory suggest that our universe might be comprised of nine or ten spatial dimensions, with some of them not visible for various reasons.

However, it's thought that three-dimensional knots like the ones formed by flux tubes will unravel in higher dimensional spaces. As a result, cosmic inflation would have to have been limited to three dimensions, with any further dimensions being small beyond perception, if they do exist.

At this point, the theory is just a model for what could have happened during the earliest period of our universe's formation. However, it could explain some burning questions about how the cosmos evolved into its current form. Researchers will continue to develop this concept and how we might better understand this cosmic history with the goal of making predictions about the universe that can be tested, in order to verify its accuracy.

Read This Next
Futurism
New Research Shows the Universe May Have Once Been a Hologram
Futurism
A New Hypothesis Claims to Solve 5 of the Biggest Problems in Physics
Futurism
A 'New Physics'? Scientists May Have Glimpsed a World Beyond the Standard Model
Futurism
Scientists at CERN Catch a Glimpse of the Universe’s Primordial Soup
Futurism
A particle called meson f0(1710) could be the long sought after Glueball
More on Hard Science
Tractor Beam
Thursday on the byte
Scientists Build Working Tractor Beam, Although It's Comically Tiny
Having a Blast
Jan 18 on the byte
New Study Shows Where You Should Hide to Survive a Nuclear Attack
Offworld Amino
Jan 15 on the byte
Scientists Find Building Blocks of Life in Meteor That Smashed Into Family's Driveway
READ MORE STORIES ABOUT / Hard Science
Keep up.
Subscribe to our daily newsletter to keep in touch with the subjects shaping our future.
+Social+Newsletter
TopicsAbout UsContact Us
Copyright ©, Camden Media Inc All Rights Reserved. See our User Agreement, Privacy Policy and Data Use Policy. The material on this site may not be reproduced, distributed, transmitted, cached or otherwise used, except with prior written permission of Futurism. Articles may contain affiliate links which enable us to share in the revenue of any purchases made.
Fonts by Typekit and Monotype.