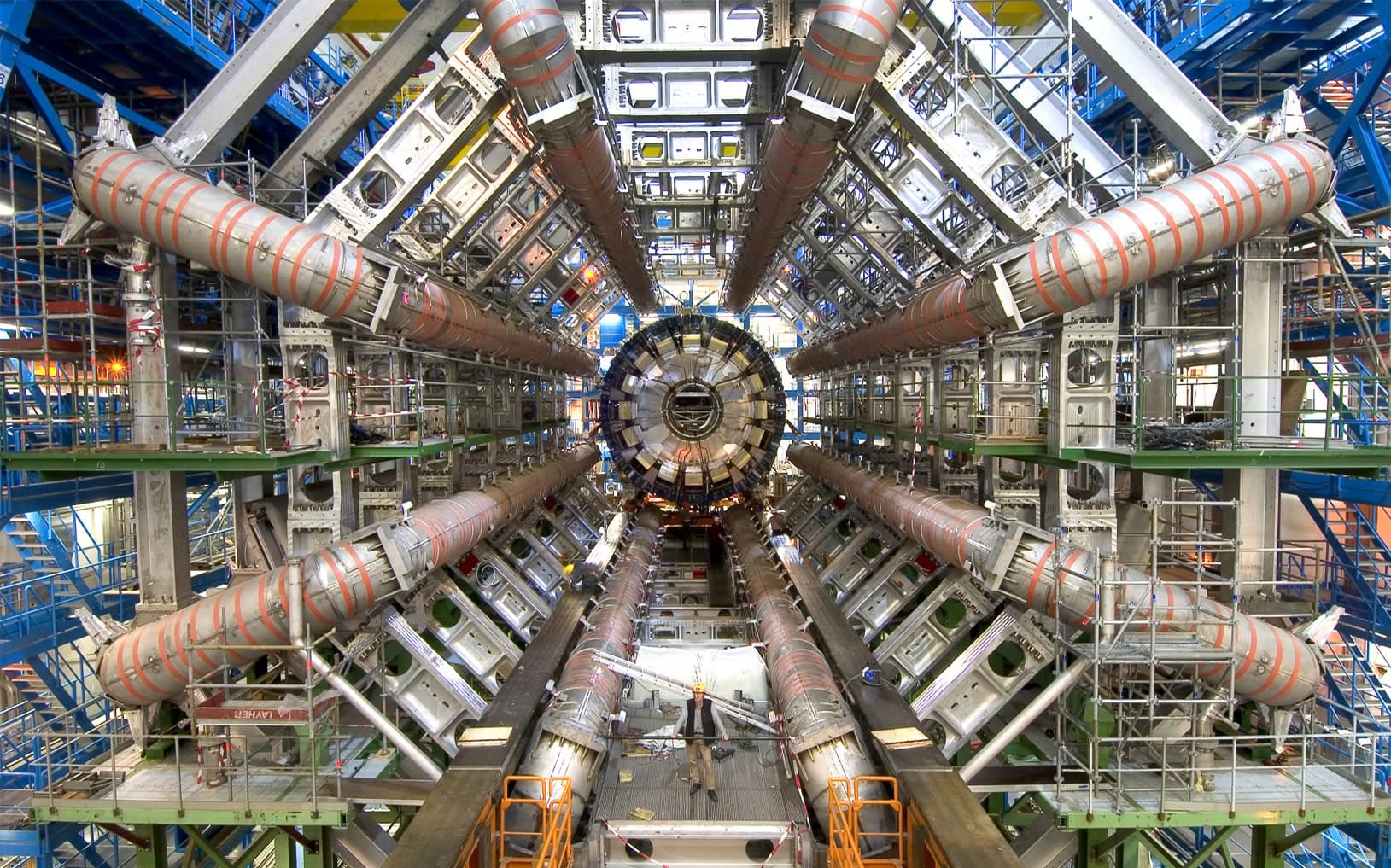 Researchers over at the Vienna University of Technology (TU Wien) say that they may have found the elusive glueball in meson f0(1710) through a new theoretical approach to calculate glueball decay developed by TU Wien Professors Anton Rebhan and Frederic Brunner.

Glueballs are exotic particles made entirely of gluons, which are the “sticky particles that keep nuclear particles together and have been a long sought after particle among physicists. Gluons are pure nuclear force, which means these particles are very unstable and the only way that researchers have been able to detect them is by analyzing their decay; a process which in itself is yet to be fully understood.

Should f0(1710) turn out to be a true glueball, it would further solidify that the principles of higher dimensional gravity can be used to answer questions posed in particle physics. The existence of glueballs remains one of the most important predictions of the Standard Model of particle physics. While scientists have not yet been able to confirm experimentally, two upcoming experiments at the Large Hadron Collider at CERN and an accelerator experiment in Beijing (BESIII) are expected to yield new data on glueball decays.

Professor Anton Rebhan says, "These results will be crucial for our theory. For these multi-particle processes, our theory predicts decay rates which are quite different from the predictions of other, simpler models. If the measurements agree with our calculations, this will be a remarkable success for our approach."

Read This Next
Atom Smash!
Vast New Particle Accelerator Would Dwarf Large Hadron Collider
Nap Time
The Large Hadron Collider Just Shut Down
Futurism
CERN Researchers Are Planning to Trap and Truck Antimatter From One Facility to Another
Futurism
For the First Time, Scientists Have Measured the Earth's Ability to Absorb Neutrinos
Futurism
We Are Running Out of Places to Look for Dark Matter Particles
More on Hard Science
Tractor Beam
Thursday on the byte
Scientists Build Working Tractor Beam, Although It's Comically Tiny
Having a Blast
Jan 18 on the byte
New Study Shows Where You Should Hide to Survive a Nuclear Attack
Offworld Amino
Jan 15 on the byte
Scientists Find Building Blocks of Life in Meteor That Smashed Into Family's Driveway
READ MORE STORIES ABOUT / Hard Science
Keep up.
Subscribe to our daily newsletter to keep in touch with the subjects shaping our future.
+Social+Newsletter
TopicsAbout UsContact Us
Copyright ©, Camden Media Inc All Rights Reserved. See our User Agreement, Privacy Policy and Data Use Policy. The material on this site may not be reproduced, distributed, transmitted, cached or otherwise used, except with prior written permission of Futurism. Articles may contain affiliate links which enable us to share in the revenue of any purchases made.
Fonts by Typekit and Monotype.