They just have to smooth out some kinks, like preventing it from exploding en route. 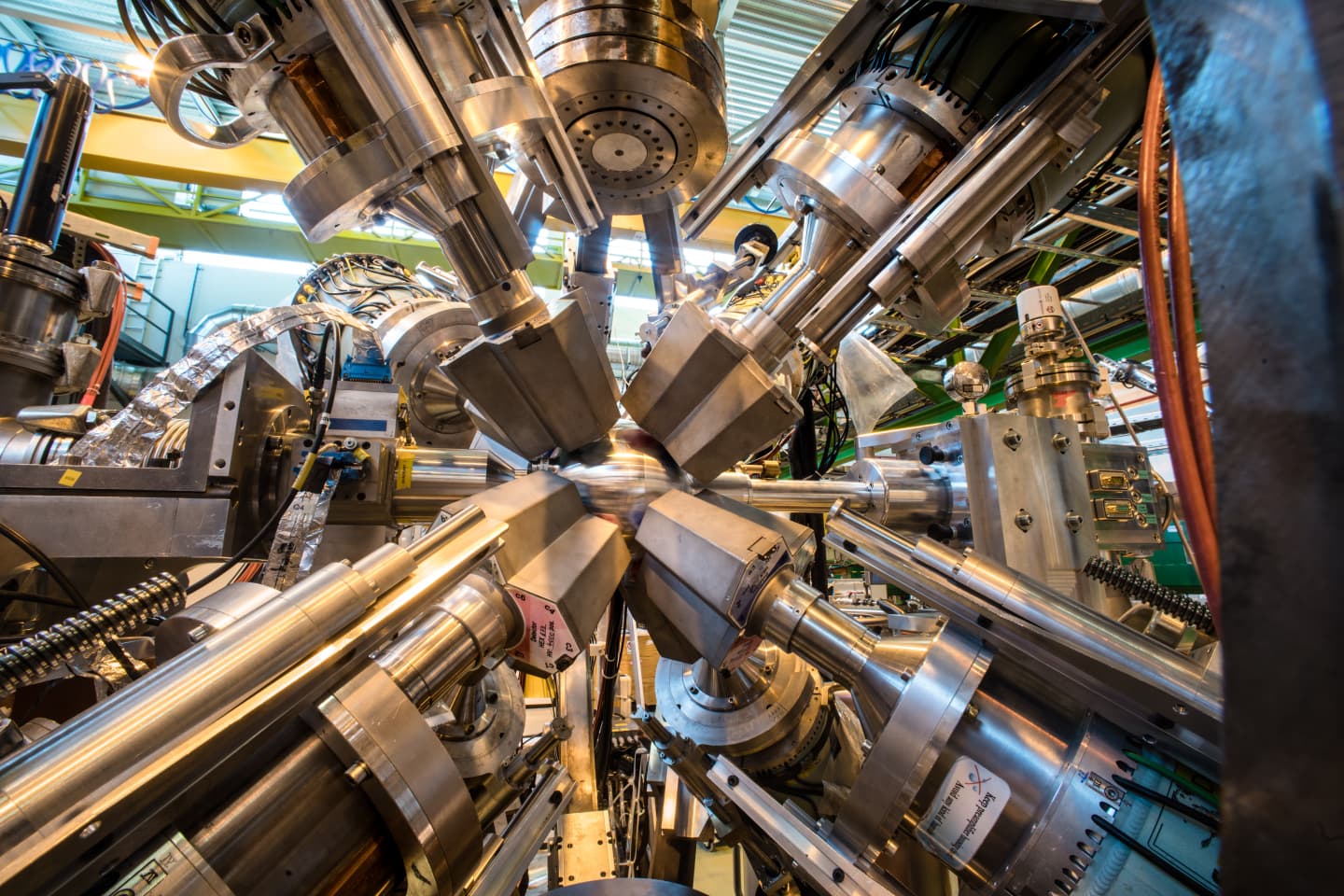 Like the parents of a newborn baby preparing for the first car trip, particle physicists at the European Organization for Nuclear Research (CERN) are taking every precaution in preparing to transport antimatter on its first ride.

However, antimatter — the less-understood counterpart to the abundant matter that makes up you, me, and the universe — comes with a unique host of qualities, somewhat different from a baby's: like its willingness to explode in response to any contact whatsoever with matter. You can't simply put antimatter in a container and throw it in the back of a truck; in fact, any of those steps would spell disaster.

At CERN, scientists operate the largest particle physics laboratory in the world. Here, antimatter is produced in a number of different experiments, but capturing, storing, and transporting it is an enormously ambitious task. This is why CERN has designated a special project for this exact task — the antiProton Unstable Matter Annihilation (PUMA) project.

The PUMA project will take antimatter on its first journey. While that may only be a few hundred meters from its starting position, to the site of a nearby project known as ISOLDE, the trip will require at least four years of intensive research and preparation.

To complete this grand voyage, CERN researchers are developing a technique in which they "lock" antiprotons in a "bottle." Obviously, the antimatter can not touch the sides of the container, so they would instead be suspended by magnetic and electric fields in a vacuum, not unlike the vacuum of space.

At ISOLDE, these antiprotons will be used in experiments to better understand neutron stars, which are the collapsed cores of large stars. Antimatter could be the key to better understanding these distant objects as well as many mysteries of the cosmos, like why there is so much more matter than antimatter in the universe and what dark matter is made of.

By understanding how to produce, locate, transport, and potentially use antimatter, we could not only develop practical applications for it, but could also reveal answers to questions scientists have been asking for decades.

Read This Next
Quacks Like a Duck
Those Headlines About Scientists Building a Wormhole Are Total Nonsense, People
Good Samaritan
Physics Dept Gets Random Box Full of $180K in Untraceable $50s and $100s
Brands We Love
Go Beyond The Science Headlines With The Fundamentals Of Physics Course
Quantum Teleportation
Scientists Are Building a Quantum Teleporter Based on Black Holes
Positron Electron
Neutron Star's "Halo" Could Help Solve Antimatter Mystery
More on Hard Science
Warped Tour
Feb 2 on futurism
Professor Believes Door to Warp Drive May Lie With Ethylene Glycol
Sky Bursts
Feb 2 on the byte
Astronomers Intrigued by 25 Mysterious Repeating Radio Signals From Deep Space
Tractor Beam
Jan 26 on the byte
Scientists Build Working Tractor Beam, Although It's Comically Tiny
READ MORE STORIES ABOUT / Hard Science
Keep up.
Subscribe to our daily newsletter to keep in touch with the subjects shaping our future.
+Social+Newsletter
TopicsAbout UsContact Us
Copyright ©, Camden Media Inc All Rights Reserved. See our User Agreement, Privacy Policy and Data Use Policy. The material on this site may not be reproduced, distributed, transmitted, cached or otherwise used, except with prior written permission of Futurism. Articles may contain affiliate links which enable us to share in the revenue of any purchases made.
Fonts by Typekit and Monotype.