Your Particle Physics Guide: Part 1 of 2 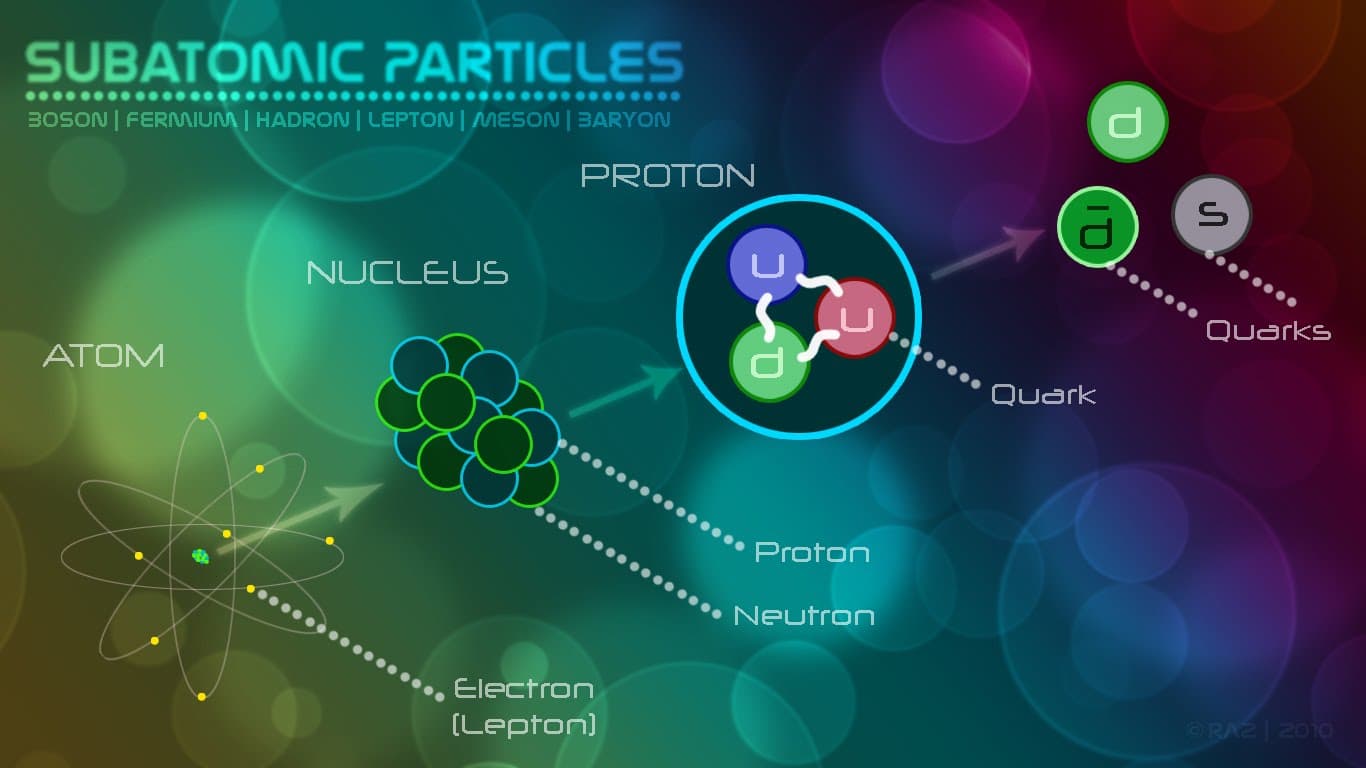 Particle physics is difficult. It takes years of study in order to truly grasp it. Moreover, there is still a lot that even the most experienced experts don't understand (a whole lot, in fact). And the problem is made even worse because of the array of jargon that is sometimes used. Nonetheless, it is possible to develop a basic understanding that will enable you to keep up with all the latest research and developments. So here we have compiled a beginner's guide to the basic terminology, including some common misconceptions and a host of descriptions of the more abstract  concepts.

The Standard Model: Quarks and Leptons

It makes sense to start out with quarks and leptons because these are the bits that make up all matter i.e., they are the building blocks that build matter (sometimes called the "matter particles"). They can account for all mesons and baryons (scroll down to read about them). But the important thing to remember is the first sentence: They build matter.

In the standard model, there are 6 leptons and 6 quarks. The rows go in horizontal order from smallest to largest. Working this way, quarks come first.

From the order of lightest to heaviest (in terms of mass-energy) the quarks are the up, charm, top, and the down, strange, bottom. They can only be observed indirectly as they all have fractional charge. The top 3 have a fractional charge of 2/3, the bottom three have a charge of −1/3. These quarks interact with one another through the massless, force-carrier particle called the gluon. The gluon carries what is called the "strong force." This is the force that keeps the quarks together to form protons, neutrons, and other hadron particles. And it is a very strong force. So strong, in fact, that when hadrons are struck by high-energy particles, they give rise to new hadrons instead of emitting freely moving radiation (the massless gluon is not released). This strength prevents the free emission of strong force (carried by the gluon) and is called "color confinement." So instead of radiation, when these strike, jets of massive particles are observed (like what we see in the large hadron collider).

Also note, because quarks are not massless, some theoretical physicists have postulated that they may be divided up into particles called preons. However, at this point, that is purely speculation.

Next are the leptons. These consist of the electron, muon and tau particles (in row 3). There is also the electron neutrino, muon neutrino, and the tau neutrino in row 4. The neutrinos do not have a charge, and the electron, muon and tau particles all have a charge of −1. Unlike the quarks, leptons are not subject to the strong interaction. Yet, they are still bound by the other forces, which are gravitation, electromagnetism (excluding neutrinos, as they are electrically neutral), and the weak interaction.

All of these particles (quarks and leptons) are called fermions. Fermions, or particles that constitute fermions, are subject to the Pauli exclusion principle (PEP) and all must have spin property of 1/2, called half-integer spin.

In short, PEP states that these particles cannot share the same quantum state, as defined by their intrinsic set of numbers (angular momentum, spin, etc.). In other words, no two particles with the same properties can have the exact same location in an atom, or anywhere else in the universe.  To quote physics for idiots (pardon the name): "If, for example, you had a lithium atom, which has three electrons in orbit, the third electron can't fit into the 1st shell. So to fit it in, it has to move up to the next shell. In this way, the entire Periodic table is built up from this principle."

This strong repulsion from the Pauli exclusion principle is ultimately what fights against the attraction of gravity. You see, when two atoms are pushed together by gravity (pulled together, you know what I mean) there is PEP, a quantum mechanical effect, that prevents the electrons from occupying the same space i.e., the collapse stops.

Hadrons are any particle that is made up of multiple quarks (which we just discussed). These form different particles, such as mesons (two quark particles) and baryons (three quark particles). But the most common three quark particles are actually the ones found inside the nucleus of atoms, called nucleons. Nucleons are known as the familiar proton and the unstable neutron.

Protons are classically known to consist of 2 up quarks and 1 down quark in the nucleus, while neutrons are known to be the opposite, 1 up quark and 2 down quarks.  Both nucleons are held together by gluons. You can read more about what constitutes nucleons here.

The important thing to note with nucleons is that they are full of stuff popping in and out of existence, for only a brief amount of time (this is often called "quantum foam"). I know that it may sound strange, things appearing and disappearing, but overall there is no net flow of energy. Ultimately, this means that everything remains stable.

In the next article, I will talk a bit about the bosons and the forces they mediate. So stay tuned.