We may we only need six new particles to reconcile all the gaps in the Standard Model of physics. 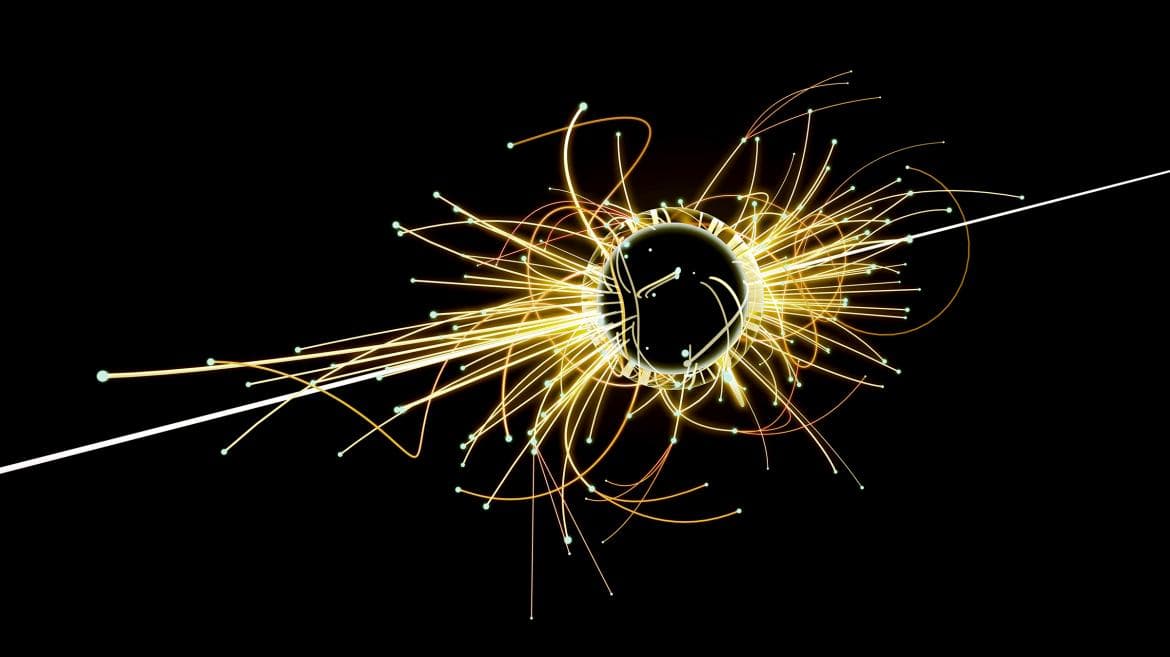 Physicists have come up with a new model that they say solves five of the biggest unanswered questions in modern physics, explaining the weirdness of dark matter, neutrino oscillations, baryogenesis, cosmic inflation, and the strong CP problem all at once.

The new model, called SMASH, proposes that we only need six new particles to reconcile all of these gaps in the standard model of physics, and the team behind it says it won’t be that hard to test.

The model has been developed by a team of French and German physicists, and they say it doesn’t require any major tweaks to the standard model - just a few new additions.

It’s early days yet, but that’s a pretty cool proposition, because other models designed to explain the mysteries of quantum mechanics - such as supersymmetry - require the addition of hundreds of new particles that we’ve never even seen traces of.

SMASH, on the other hand, requires just six: three neutrinos, a fermion, and a field that includes two particles. (In physics, a field is a physical or mathematical entity that has a value for each point in space and time. A particle is an excited state of a field.)

To give you an idea of what these five fundamental problems are, we’ll run through them all, starting with dark matter.

There is now overwhelming evidence that 26-27 percent of the Universe is made up of an unidentified type of matter. While we can detect its gravitational force, this unknown matter doesn't appear to emit any form of light or radiation that we can observe.

Despite years of searching, we still have no idea what dark matter actually consists of, but we do know that its presence is crucial to the stability of the Universe.

Last year, the Nobel Prize in Physics was awarded to two physicists who proved that neutrinos could oscillate between ‘flavours’.

Neutrino oscillation is a quantum mechanical phenomenon where a neutrino created with a specific lepton flavour (such as an electron, a muon, or a tau) can have a different flavour later on.

Because only particles with mass can switch flavours - or oscillate - neutrinos must have mass, and this presents a problem for the standard model, because no one knows where neutrino mass actually comes from.

It could come from the Higgs boson, but it could also come from an entirely new particle we’ve yet to discover.

This major unsolved problem in physics can be summed up pretty simply: Why does the observable Universe have more matter than antimatter?

According to the standard model, the Big Bang would have produced equal amounts of matter and antimatter, and since they annihilate each another on contact, this should have led to a Universe with no particles - just radiation.

Obviously the fact that there are a whole lot of particles in the Universe means that there’s something wrong with this scenario, because how can there be so much matter in the Universe now, but almost no antimatter?

It’s thought that within a fraction of a second after the Big Bang, the Universe underwent a period of accelerated expansion called inflation.

While most physicists accept the reality of cosmic inflation, no one’s been able to figure out the exact mechanism responsible for making the Universe expand faster than the speed of light, going from subatomic-sized to golf-ball-sized almost instantaneously.

A hypothetical field has been proposed as the main cause of inflation, called the inflaton, but we’re yet to actually detect it.

Described as a "serious flaw of the standard model", the strong CP problemhelps to explain why there is more matter than antimatter in the Universe, but brings its own unsolved mysteries with it.

This one’s a particularly long story, but in a nutshell, the strong CP problem describes how CP violation - a break in the fundamental symmetry of the Universe - doesn’t occur in quantum chromodynamics (QCD), which relates to interactions between quarks and gluons. And no one’s been able to figure out why.

Until now, perhaps, if the new model turns out to be correct.

The SMASH model builds on one proposed by physicist Mikhail Shaposhnikov from the Swiss Federal Institute of Technology in Lausanne back in 2005, called the neutrino minimal standard model (or νMSM).

Back then, it was suggested that the extension of the Standard Model by three right-handed neutrinos with certain masses could simultaneously explain the dark matter and baryon asymmetry of the Universe, while also being consistent with the experiments on neutrino oscillations.

Now, the team led by French physicist Guillermo Ballesteros from the University of Paris-Saclay says we can add these three right-handed neutrinos to the three existing neutrinos in the standard model, plus a subatomic particle called a colour triplet fermion, to solve the first four problems listed above.

The addition of a new, unidentified field appears to take care of the fifth problem, as Shannon Hall explains for New Scientist:

"SMASH adds a new field to explain some of those problems a little differently. This field includes two particles: the axion, a dark horse candidate for dark matter, and the inflaton, the particle behind inflation.

As a final flourish, SMASH uses the field to introduce the solution to a fifth puzzle: the strong CP problem."

The team says the fact that their hypothesis could be tested using the next generation of particle accelerators means it's not out of the realm of possibility, and that makes it more convincing than other solutions to these problems that have been proposed in the past.

"The best thing about the theory is that it can be tested or checked within the next 10 years or so," one of the team, Andreas Ringwald from the German Electron Synchrotron, told Hall.

"You can always invent new theories, but if they can only be tested in 100 years, or never, then this is not real science but meta-science."

It should be noted that the SMASH model has yet to be published in a peer-reviewed journal, so it still needs to undergo the scrutiny of the particle physics world, but it's now up on pre-print website arXiv.org, so independent physicists have the chance to do just that.

This probably won't end up being the final solution to the 'five big questions' - physics is never that clean-cut - but it could be the beginning of something awesome.

As Ringwald says, "The battle is open."

Read This Next
Quacks Like a Duck
Those Headlines About Scientists Building a Wormhole Are Total Nonsense, People
Dark Secrets
Scientists Just Detected the Oldest Dark Matter Ever Observed
Walled Up
Scientists Say Space Is Filled With Invisible Walls
Turn Back Time
Scientists Say There May Be a Mirror Universe in Which Time Runs Backwards
Into Darkness
Inside NASA's Bold Proposal to Probe the Mysteries of Dark Matter
More on Hard Science
Tractor Beam
Thursday on the byte
Scientists Build Working Tractor Beam, Although It's Comically Tiny
Having a Blast
Jan 18 on the byte
New Study Shows Where You Should Hide to Survive a Nuclear Attack
Offworld Amino
Jan 15 on the byte
Scientists Find Building Blocks of Life in Meteor That Smashed Into Family's Driveway
READ MORE STORIES ABOUT / Hard Science
Keep up.
Subscribe to our daily newsletter to keep in touch with the subjects shaping our future.
+Social+Newsletter
TopicsAbout UsContact Us
Copyright ©, Camden Media Inc All Rights Reserved. See our User Agreement, Privacy Policy and Data Use Policy. The material on this site may not be reproduced, distributed, transmitted, cached or otherwise used, except with prior written permission of Futurism. Articles may contain affiliate links which enable us to share in the revenue of any purchases made.
Fonts by Typekit and Monotype.