"The vision is to make a plant that will function as a desk lamp that you don't have to plug in." 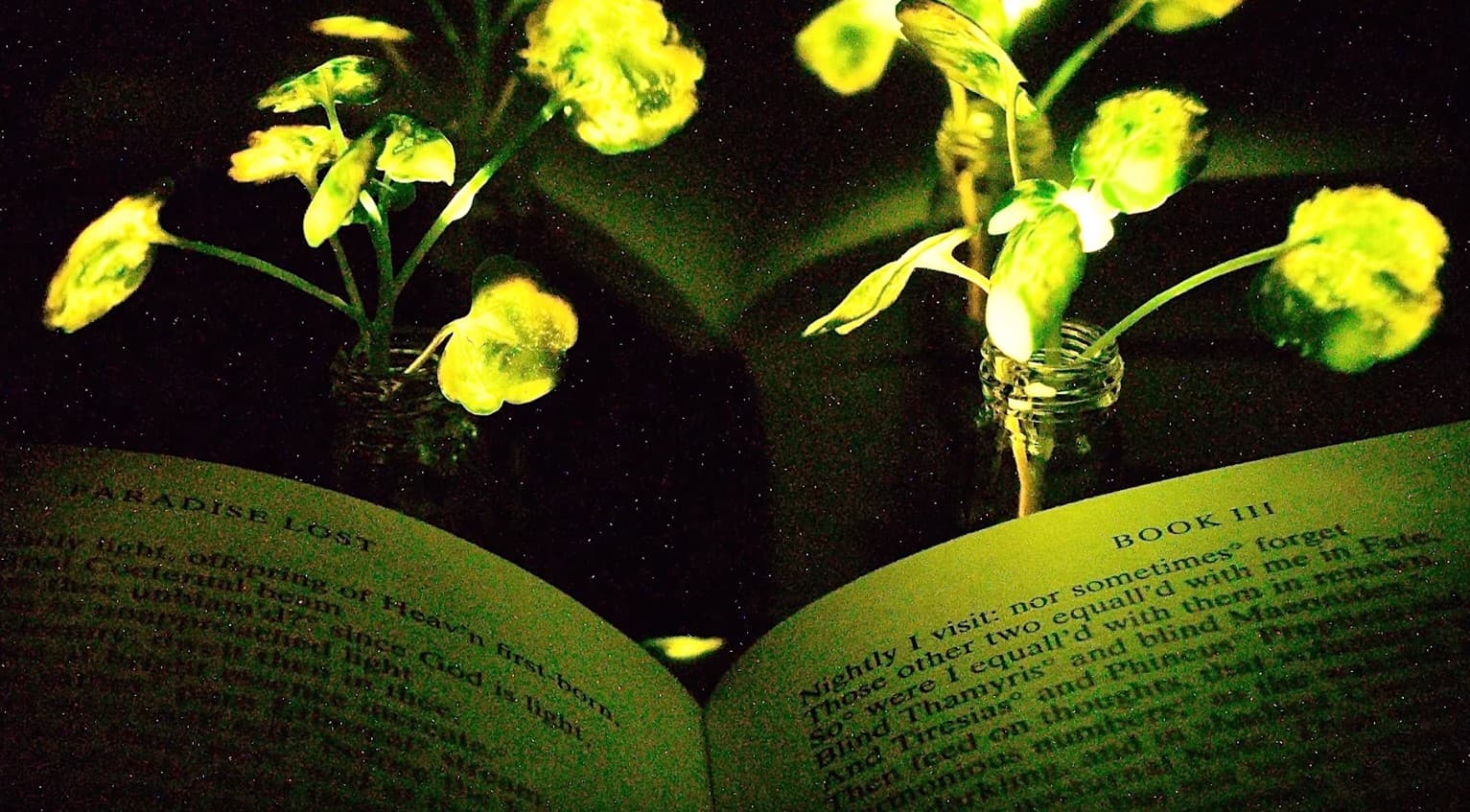 What if, as the sun went down, the unassuming plants in your windowsill began to glow, lighting up the space around them like tiny botanical lamps? Thanks to recent innovations by engineers at MIT, these living lamps could soon become a reality.

The team of researchers embedded specially designed nanoparticles into the leaves of a watercress plant, lead by Michael Strano, the Carbon P. Dubbs Professor of Chemical Engineering at MIT, and MIT postdoc Seon-Yeong Kwak — senior and lead authors on the study, respectively. The introduction of the nanoparticles caused the plants to give off a dim light, glowing for almost four full hours.

While this might seem like a relatively minor accomplishment (and one not immediately capable of translating into commercial use) the team believes that, with further exploration of their technique, they could increase the brightness of the glowing plants, as well as the length of time they're illuminated.

According to Strano, “The vision is to make a plant that will function as a desk lamp — a lamp that you don’t have to plug in. The light is ultimately powered by the energy metabolism of the plant itself."

The researchers hope this technology could extend beyond simple plant-based desk lamps. If they are able to scale and improve the technology, they suggest that it may be possible in the future to turn trees into self-powered street lights.

The project is part of a new research sector pioneered by Strano's lab: plant nanobionics, which looks to use nanoparticles to give plants unique and naturally un-plantlike features and abilities. "Plants can self-repair, they have their own energy, and they are already adapted to the outdoor environment. We think this is an idea whose time has come. It’s a perfect problem for plant nanobionics.” Strano said.

While the idea of a self-powering plant lamp is still far off, the research definitely opens up the possibility. It could also contribute to other plant-based innovations, like explosive-detecting plants and those that can monitor droughts.

Read This Next
See Better
This Bionic Eye Is Better Than a Real One, Scientists Say
Futurism
MIT Has Developed a Robot that Can Find the Leak in Any Pipe System
Futurism
More Than Human: Scientist is Building Animal-Like Machines to Save Lives
Futurism
New Artificial Muscles From MIT Bring HBO's Westworld Closer to Reality
Futurism
MIT's New Imaging Method Could Let You Read Closed Books
More on Robots & Machines
From the Dept. of...
Yesterday on futurism
The Best Mini Fridges of 2023
Blow Up Doll
Monday on the byte
Ukraine Accuses Russia of Using Inflatable "Dummy Tanks," Which Deflated
From the Dept. of...
Monday on futurism
The Best UPS Battery Backups of 2023
READ MORE STORIES ABOUT / Robots & Machines
Keep up.
Subscribe to our daily newsletter to keep in touch with the subjects shaping our future.
+Social+Newsletter
TopicsAbout UsContact Us
Copyright ©, Camden Media Inc All Rights Reserved. See our User Agreement, Privacy Policy and Data Use Policy. The material on this site may not be reproduced, distributed, transmitted, cached or otherwise used, except with prior written permission of Futurism. Articles may contain affiliate links which enable us to share in the revenue of any purchases made.
Fonts by Typekit and Monotype.