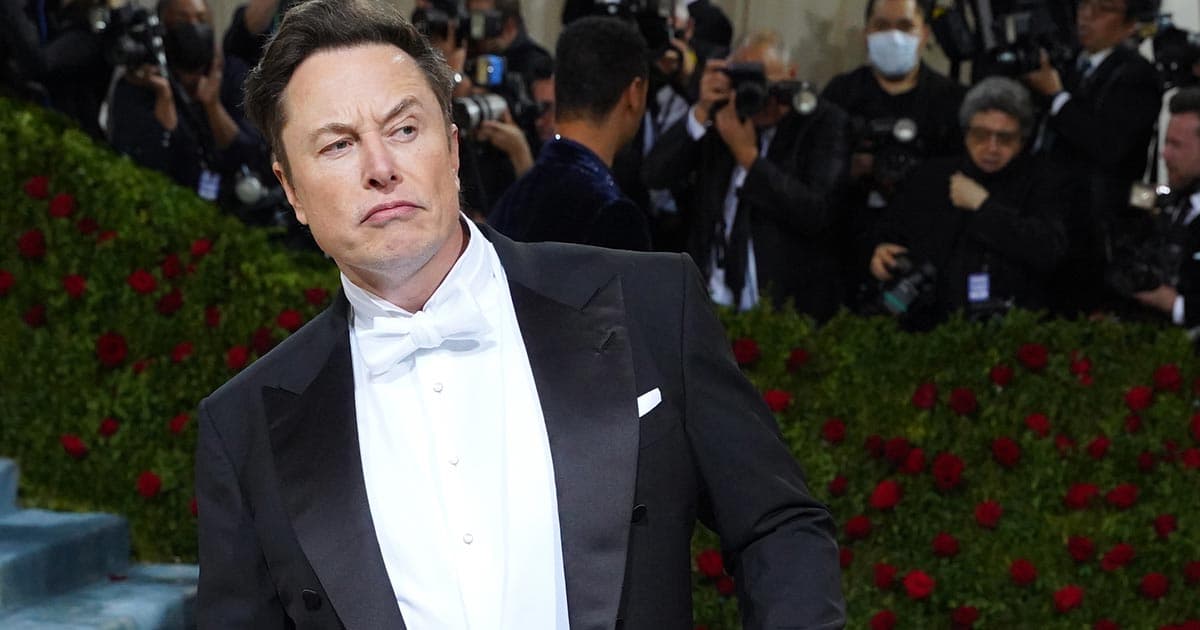 Tesla CEO Elon Musk is doubling down on his demands that Twitter "show proof" that less than five percent of users on the platform are bots.

Otherwise, he said of his thunderous attempts to buy the social media platform, "this deal cannot move forward."

Let's be honest, though. It doesn't take much reading between the lines to interpret this as Musk looking for a way out of spending $44 billion on a dubious purchase that he's seemed consistently confused and overconfident about.

The other possibility is that it's a thinly veiled attempt to crash Twitter's stock and close the deal at a lower price point, something that's not "out of the question," according to comments Musk made at a tech conference in Miami this week.

While Musk claims his "offer was based on Twitter’s [Securities and Exchange Commission] filings being accurate," the billionaire CEO has already blown apart any remaining good will, making future negotiations far messier than they could've been.

For one, Musk has lashed out repeatedly at Twitter CEO Parag Agrawal, replying with a poop emoji to the Twitter CEO's explanation of why it's impossible to determine the exact proportion of fake users.

Twitter's legal team is also accusing Musk of violating the nondisclosure agreement he signed with the company.

"Twitter legal just called to complain that I violated their NDA by revealing the bot check sample size is 100!" Musk wrote in a since-deleted tweet.

Zoom out, and it's clear that Musk's Twitter buyout is quickly turning into a convoluted and messy affair, full of bitter feuds and finger pointing — much of which could've easily been avoided had he actually done his research ahead of time.

And his latest attempt to perform dubious, back-of-the-envelope calculations about bots on Twitter have only added to the confusion.

In light of all that, it's worth asking why Musk questioning the validity of Twitter's claims only now. Is the option of Musk buying Twitter at a much lower price even in the cards anymore, especially given his antithetical stance towards Twitter's leadership and board?

The theory that Musk is increasingly getting cold feet about the whole thing — Tesla's stock has absolutely tanked ever since Musk revealed his plans to fund the takeover — still holds plenty of water.

In other words, maybe Musk will be able to stop the deal from nosediving, but maybe he secretly wants it to. Regardless, the situation isn't exactly looking good right now. Twitter's stock is continuing its weekslong plummet, a descent kicked off by the billionaire's groveling.

Even if the deal were to go through, Twitter could end up being in far worse shape than it was before Musk announced his bid.

It's a lose-lose situation — and Musk could be increasingly desperate to look for a way to wriggle out.

More on the buyout: Experts Say That Elon Musk Has No Idea How Math Works