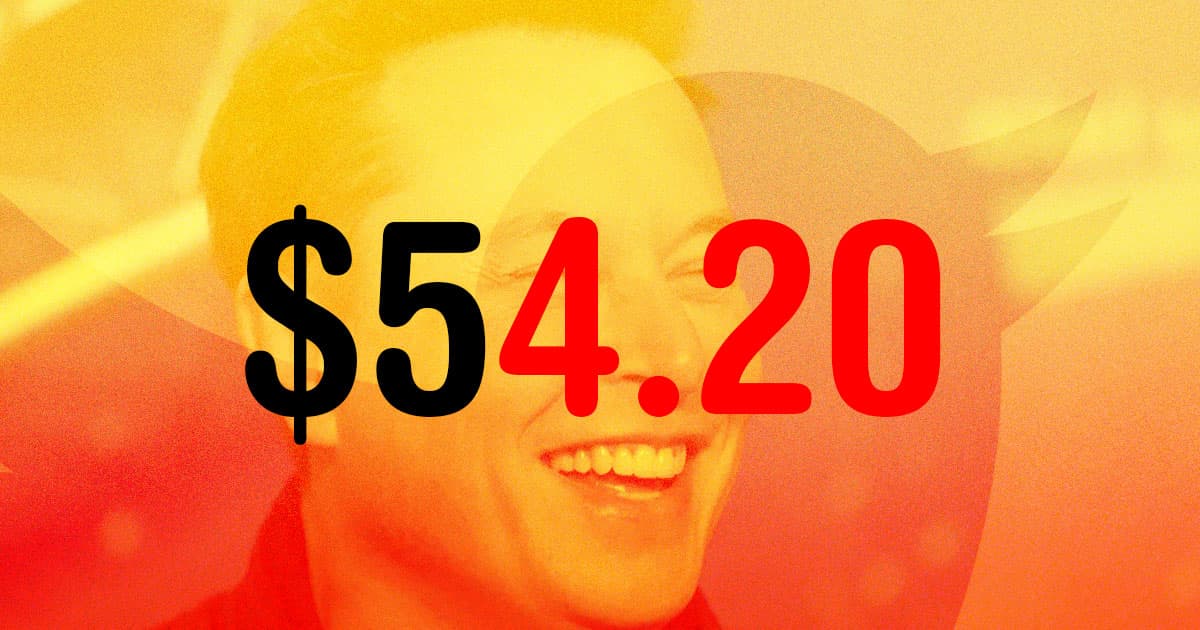 Ah Yes, Of Course Elon Musk Hid "420" in His Offer to Buy Twitter

Can you really say you're surprised?

Can you really say you're surprised?

The man simply cannot be stopped.

Even while making the oh-so-serious offer to buy Twitter outright for a whopping $43 billion, Tesla and SpaceX CEO Elon Musk may still be trolling — as evidenced by the $54.20 per share cost he outlined in his bombastic SEC filing.

As many noted online, the appearance of that particular number makes it still sort of seem like he's shitposting.

"Adding the .20 just to make a 420 joke would mean Musk is paying an extra $160 million or so just to be funny, which is honestly impressive commitment to the bit," one Twitter user pointed out.

"Elon Musk made his offer $54.20 because he wanted to put the number 420 in a filing and for no other reason," another opined. "None of this is serious and it's not worth the headlines or tweets."

Just last week, the Tesla and SpaceX CEO tweeted that "69.420% of statistics are false," and that same weed number got him in big trouble with the SEC in 2018 when he tweeted about selling Tesla stock at $420 per share. It's even cropped up at SpaceX.

In that context, it makes Musk's apparent attempt to do a hostile takeover of Twitter seems like it might just be one big excuse for banter — and really, would we put it past him?

More on Musk: We Regret To Inform You That Elon Musk, Unfortunately, Knows About "Goblin Mode"