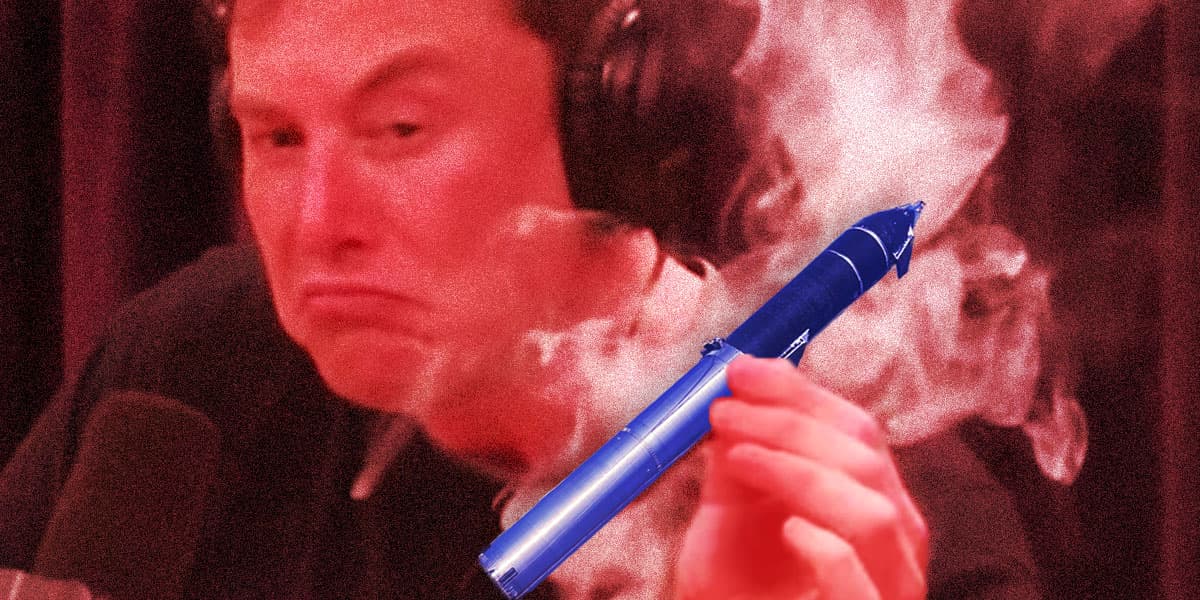 Oh, and the booster is 69 meters tall.

Oh, and the booster is 69 meters tall.

SpaceX's Super Heavy Booster 4 and Starship prototype Ship 20 and have finally been stacked on top of each other to form a gigantic stainless steel skyscraper of rocket engines and fuel, setting the stage for the space company's first orbital test flight.

And if you're paying particularly close attention, those two numbers — when put together as "420," a number significant to marijuana enthusiasts — are of peculiar significance to SpaceX CEO Elon Musk.

Musk infamously declared his love for the number when he joked (but not really) that he'd take Tesla private at a share price of $420 on Twitter back in 2018. The plan quickly backfired, resulting in a Securities and Exchange Commission lawsuit and millions in fines. And, of course, that's without getting into the time that he smoked weed on a podcast.

But now Musk is claiming that Booster 4 and Ship 20 form the weed number wasn't actually part of the plan — despite his penchant for silly jokes.

"Total coincidence!" he responded to Twitter user and SpaceX fan Austin Barnard, who made the initial connection. "Also, booster height was originally 70m, but we eliminated a half barrel for manufacturing efficiency, so now it’s…"

That ellipsis is almost certainly meant to highlight that the booster's height is now 69 meters — another naughty number, this one with sexual connotations, which Musk has also referenced in the past.

More on the rocket: SpaceX Just Mounted Starship on Top of the Super Heavy Booster and Holy Shit