The Five Funniest Things about the SEC's Lawsuit against Elon Musk

Musk's probably not laughing though. 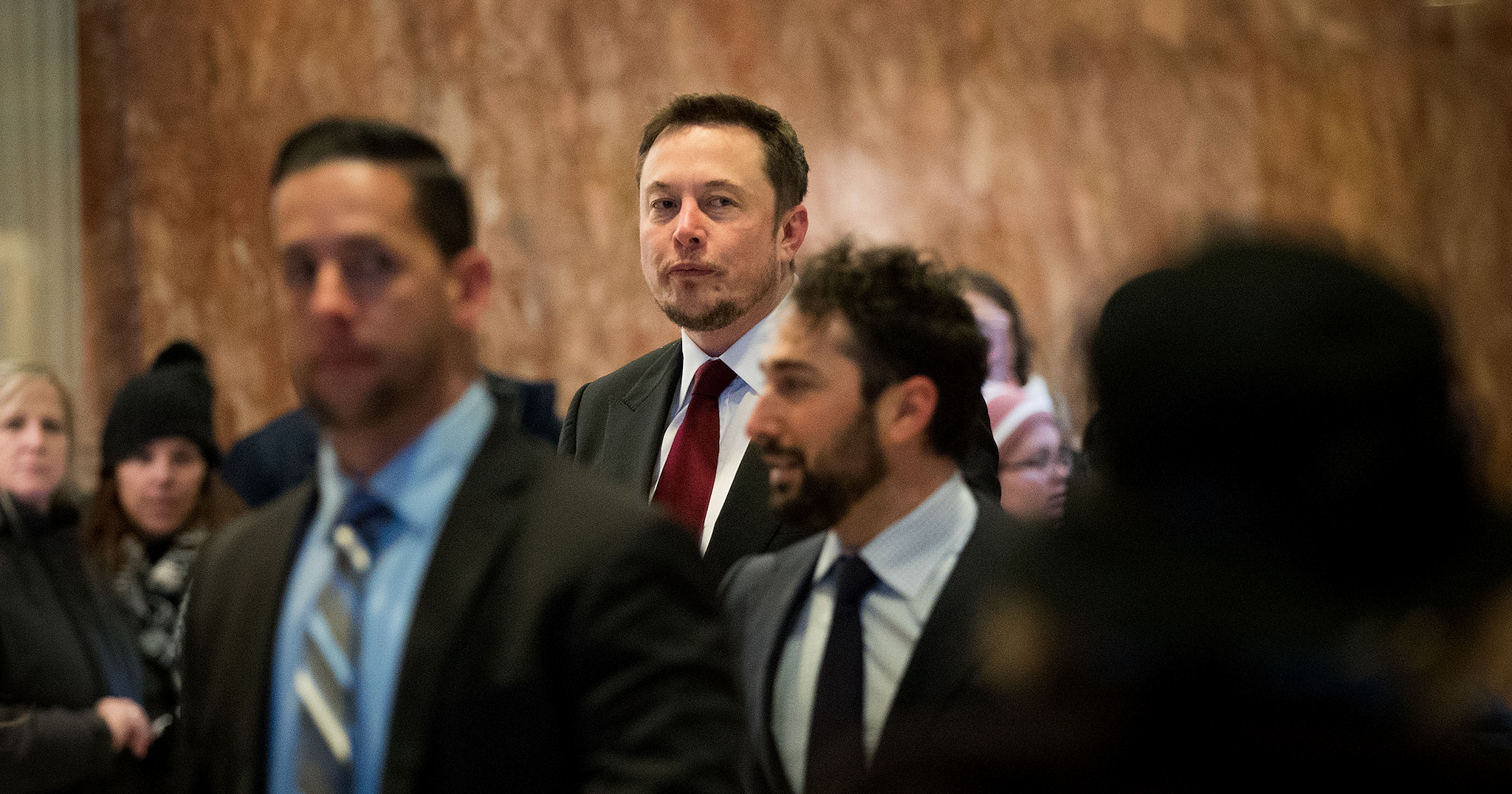 He’s been likened to Tony Stark. Hordes of bros on the internet swear that he’s going to save the world. Any critical press against his companies is written off as a conspiracy by the government and big oil.

That’s right folks, we’re talking Elon Musk. The latest news: on Thursday, the U.S. Securities and Exchange Commission (SEC) filed a lawsuit against Musk because of his ill-fated announcement to take Tesla private at $420 per share. The announcement wasn't too much of a surprise — after all, the SEC had already launched formal inquiry into Tesla’s finances and subpoenaed the entire Tesla board (plus, the Justice Department launched a formal fraud investigation into the same).

But the government just came out guns blazing. And honestly the filing is pretty juicy for those who don't mind slogging through a little legal and finance jargon.

Luckily, we've done that for you. Here are the highlights:

Musk is under investigation for fraud because he made a pot joke.

Musk’s Twitter announcement that he had secured funding to take Tesla private at $420 per share has now prompted two separate organizations of the federal government to investigate him and his finances. Musk ruined the weed number for everyone, so this seems like fitting punishment.

Musk told the SEC that Grimes taught him about pot.

That’s right, Musk claimed that, prior to the formation of Grusk, he had no idea why “420” was a funny number.

According to the SEC’s formal complaint over misleading statements, Musk “rounded the price up to $420 because he had recently learned about the number’s significance in marijuana culture and thought his girlfriend ‘would find it funny, which admittedly is not a great reason to pick a price.’”

This whole mess is all because Musk wouldn’t stop tweeting.

We’ve all lied on the internet, but flubbing your dating profile likely didn’t launch two federal investigations and cause your company’s stocks to crash multiple times over the following months. The entire basis of the SEC’s lawsuit is the misleading nature of Musk’s statements. Specifically, he incorrectly claimed that funding had been secured, and he knew it wasn't true, according to the SEC.

As the filing asserts, “Musk’s false and misleading public statements and omissions caused significant confusion and disruption in the market for Tesla’s stock and resulting harm to investors.”

The SEC wrote in its complaint:

Musk knew or was reckless in not knowing that each of these statements was false and/or misleading because he did not have an adequate basis in fact for his assertions. When he made these statements, Musk knew that he had never discussed a going-private transaction at $420 per share with any potential funding source, had done nothing to investigate whether it would be possible for all current investors to remain with Tesla as a private company via a ‘special purpose fund,’ and had not confirmed support of Tesla’s investors for a potential going- private transaction. He also knew that he had not satisfied numerous additional contingencies, the resolution of which was highly uncertain, when he unequivocally declared, ‘Only reason why this is not certain is that it’s contingent on a shareholder vote.'

The July 31 meeting lacked discussion of even the most fundamental terms of a  proposed going-private transaction.

Musk hates short sellers but gave them yet another field day.

Short selling, or dumping stock in a company as it drops just to buy them back up once the price levels off (essentially turning a profit while obtaining an even larger share in the company), really gets on Musk's nerves. And yet, each time another investigation launches or, you know, Musk accuses people of pedophilia, he's handing those people Tesla stock on a silver platter. Tesla stock dropped several points when news of the SEC's lawsuit broke, and once more short sellers got to work.

After claiming he could take Tesla private, Musk may be no longer be allowed to run any public company.

Part of the SEC’s filing includes an order that the defendant (that’s ol’ Musky) “be prohibited from acting as an officer or director” of any public company operating under U.S. law.

This ban may be reassuring to anyone who’s dealt with Musk in a professional setting. As the SEC wrote in its filing, “Musk did not consult with Tesla’s Board of Directors, any other Tesla employees, or any outside advisors about these tweets before publishing them.” Not exactly the most reliable CEO, as far as the board is concerned.

Everyone thought it was a joke. Turns out it may have been federal crime.

When Musk tweeted out the $420 price point, everyone (understandably) assumed he was telling some boring joke.

Once more from the SEC’s complaint:

At approximately 2:23 PM EDT, another reporter sent Musk an email with the subject, ‘Are you just messing around?’ and wrote, ‘Reaching out to see what’s going on with your tweets about taking the company private? Is this just a 420 joke gone awry? Are you serious? It seems like you are dancing into some pretty tricky legal territory by messing about with the markets this way. Is there an actual explanation coming?’

We're laughing so we don't cry.

Read This Next
Work Culture
Former Tesla Manager Says Workers Will Actually Love Elon Musk's Tyrannical Email
The Saga Continues
SpaceX President Defends Elon Musk Against Sexual Misconduct Claims
Thanks Man!
After Sexual Allegations, Elon Musk Jets Off to Brazil
Wait Wait
Elon Musk Has a Ridiculous Excuse for Why He Suddenly Doesn't Want to Buy Twitter
Musk Gonna Musk
Experts Say That Elon Musk Has No Idea How Math Works
More on Future Society
Degrees Celsius
Yesterday on the byte
Crypto Startup in Crisis Insists That Its CEO Isn't Trying to Flee the Country
Sweet Silence
Yesterday on the byte
Elon Musk Is Missing
Go Time
Monday on the byte
Hackers Declare War on Anti-Abortion States
READ MORE STORIES ABOUT / Future Society
Keep up.
Subscribe to our daily newsletter to keep in touch with the subjects shaping our future.
+Social+Newsletter
TopicsAbout UsContact Us
Copyright ©, Camden Media Inc All Rights Reserved. See our User Agreement, Privacy Policy and Data Use Policy. The material on this site may not be reproduced, distributed, transmitted, cached or otherwise used, except with prior written permission of Futurism. Fonts by Typekit and Monotype.