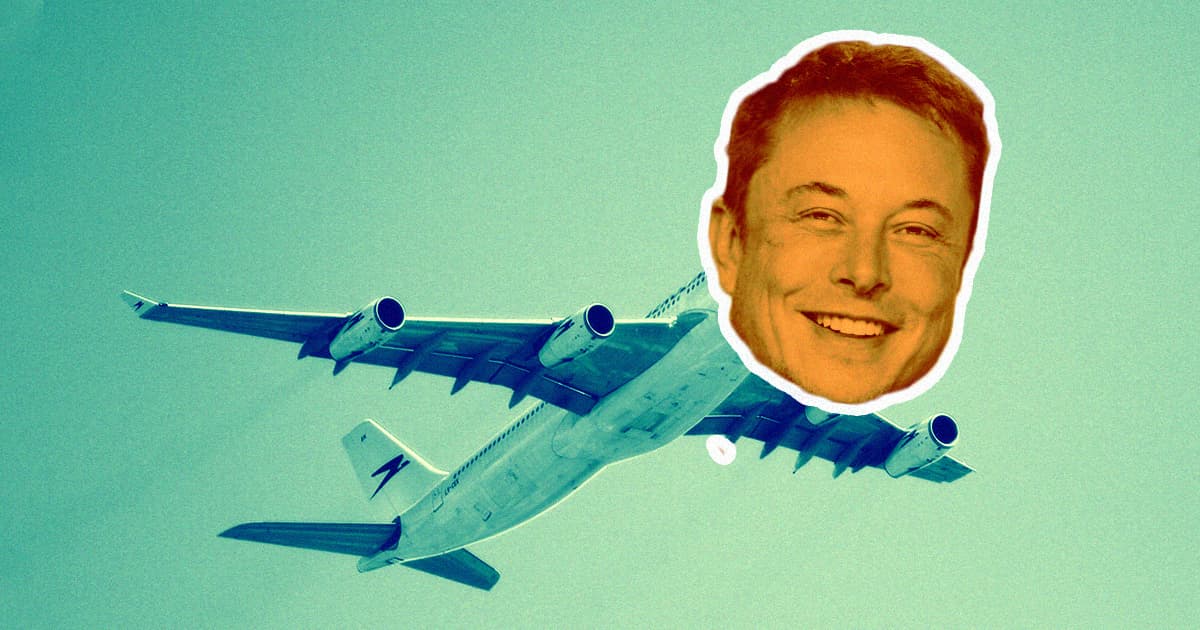 To hear Elon Musk tell it, 2018 was a terrible year. "It was excruciating," he lamented to The New York Times in August.

The newspaper tracked every trip Musk took on Tesla's corporate jet in 2018 and found that while his company was burning through $100 million per week and laying off thousands of employees, the billionaire was jet-setting across the globe — mostly on the company dime and definitely not always for business purposes.

Musk on the Move

According to WaPo, the jet flew in excess of 150,000 miles over the course of more than 250 flights in 2018 — and Musk wasn't even always on board. Sometimes, the jet was simply flown from one part of L.A. to another so Musk could meet it at the closest airport.

When Musk was on the jet, many of his trip were business-related, taking him to and from the airports nearest SpaceX's headquarters, Tesla's headquarters, and Tesla's Gigafactory.

But based on the WaPo report, Musk also took a vacation in Chile, spent spring break in Jordan and Israel, and visited the sets of two HBO dramas: "Westworld" in Texas and "Game of Thrones" in Northern Ireland.

Tesla spokesman Dave Arnold characterized this frequent air travel as par for the course for someone in Musk's position. "Until we can teleport," Arnold told WaPo, "there’s unfortunately no alternative that would allow him to do his job as effectively."

But other CEOs seem to manage just fine.

And Bezos and Cook head up companies that actually could afford to bankroll a flight itinerary comparable to Musk's.

The WaPo article asserts that Musk's 2018 travel was "largely paid for by Tesla." However, a Tesla spokesperson told the publication that the company "does not cover the costs for Musk’s personal trips and that Musk, SpaceX, and Tesla review the flights and agree on who pays for each trip."

When Musk laid off 7 percent of Tesla's staff earlier this month, he said it was because the company needed to cut costs. The next time it feels an urge to streamline finances, it might want to take a hard look at how often its CEO goes wheels up on the company dime before handing out pink slips.

READ MORE: Elon Musk’s Highflying 2018: What 150,000 Miles in a Private Jet Reveal About His ‘Excruciating’ Year [The Washington Post]

More on Tesla: Elon Musk: Tesla Is Laying off 7 Percent of Its Staff