Tesla’s Investors Make the Company. They May Also Ruin Its CEO.

Elon Musk is fraying at the edges. Now we know why. 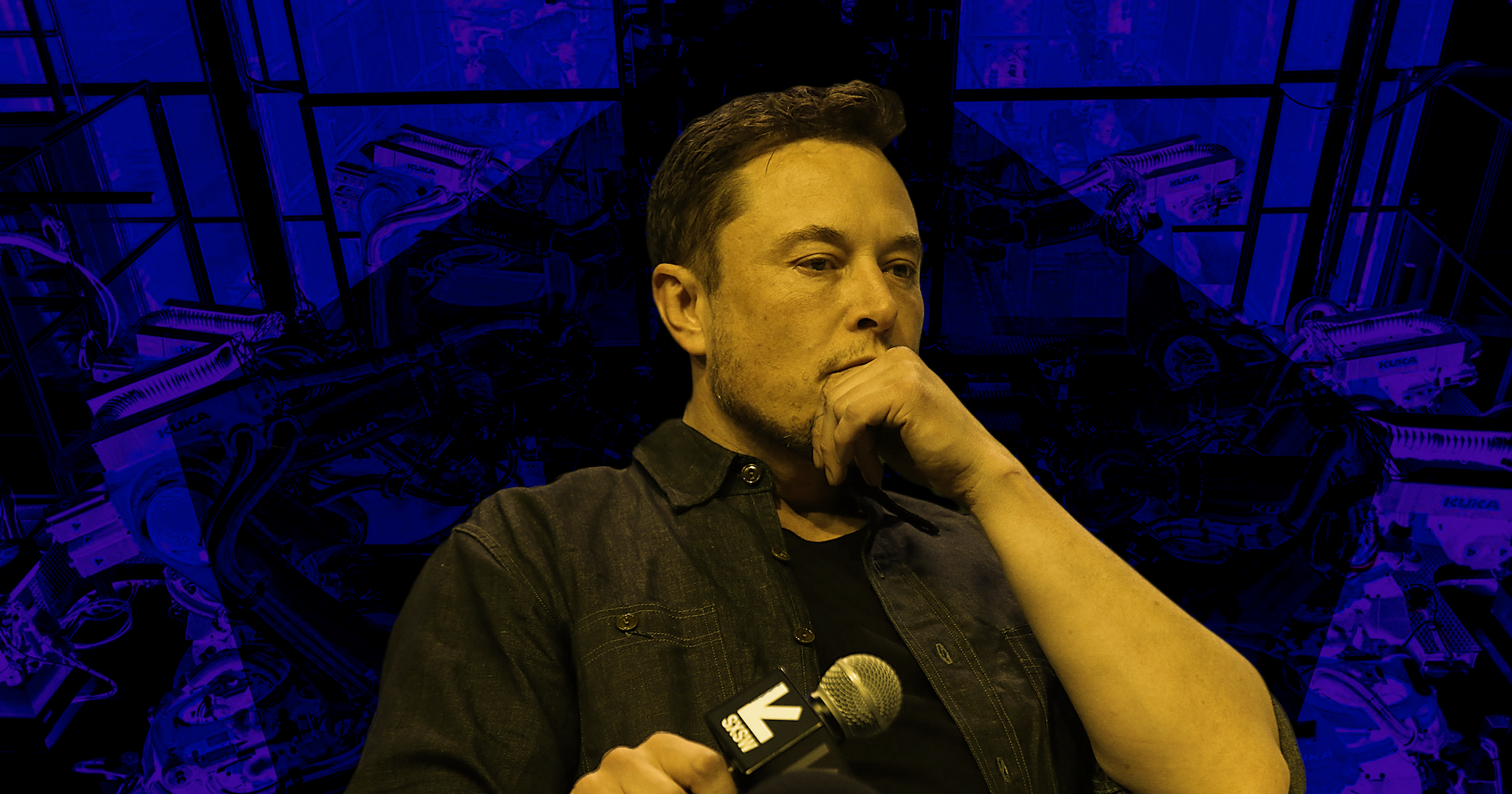 Elon Musk is unraveling before our very eyes. The sleepless nights he’s spent at the Tesla Gigafactory operating woefully behind schedule; his rather unpredictable behavior on Twitter that’s brought him, and his company, under federal scrutiny. It’s all making the CEO of one of the world’s most innovative car companies more of a liability than an asset.

Musk is giving us a better picture of the toll this has all taken on him. In a recent interview with the New York Times, Musk was frequently “choked up” when he told reporters about how his personal life has suffered because of his (admittedly ambitious) work. “There were times when I didn’t leave the factory for three or four days — days when I didn’t go outside,” he tells reporters over an hour long call. “This has really come at the expense of seeing my kids. And seeing friends.” And he’s still not getting enough sleep. “It is often a choice of no sleep or Ambien.”

The interview comes after a very rough couple of weeks for both Musk and his electric car company. To recap, Musk tweeted about plans for taking Tesla private at $420 a share (about a 20 percent bump over stock prices at the time), with “funding secured.”

That funding was supposed to come from a Saudi Arabian sovereign wealth fund, but Reuters revealed that the funding was anything but secure — the Saudis have “shown no interest so far in financing Tesla Inc,” despite acquiring a 5 percent stake earlier this year.

To add to Musk’s troubles, his rash tweets — that even surprised the company’s board and made stocks go crazy before they were frozen — landed him in hot water with the U.S. Securities and Exchange Commission, which is formally investigating whether Musk manipulated markets illegally.

Musk, though, pointed to a single source of all his suffering: it’s the short sellers. You may have heard of “buy low, sell high.” In short-selling, you are reversing this approach in day trading — you sell high and buy low. You borrow shares through a broker to sell high, then buying them back after the stock price falls. It only works when a company’s stock falls, though. So short-sellers only benefit when the company — and Musk himself — fails.

In his Times interview, Musk says he’s been suffering “at least a few months of extreme torture from the short-sellers, who are desperately pushing a narrative that will possibly result in Tesla’s destruction.”

Short-sellers have long been a thorn in Musk’s side. It’s not clear why they’re bothering Musk now more than before, but it might be because Tesla’s difficult year (Model 3 production delays and Model X crash that has dropped stock prices since March) made more short-sellers turn to Tesla, or because Musk’s own activities (say, a positive quarterly earnings call) have cost the short-sellers huge sums. And his often emotional response to short-sellers hasn’t encouraged them to back off.

Musk isn’t taking their attacks sitting down, though. Taking Tesla private would finally put an end to short-sellers — you can’t freely sell and buy private company stock — and allow Musk to finally get some much needed sleep.

But it’s not clear that Tesla will privatize anytime soon, and it won’t be easy if it does happen — the sheer uncertainty and SEC investigation are bound to scare off investors.

One way to pull it off? Hiring number two executive who could take some of that pressure off of his shoulders. An unstable Musk who “alternated between laughter and tears” might not be the most attractive to investors. But an even-keeled, level-headed, well-rested number two could help Musk.

While Musk says there’s “no active search right now” according to the interview, Tesla has tried to poach high-ranking executives in the past, including Facebook’s chief operating officer Sheryl Sandberg.

For now, it looks like Musk is staying in his job, despite speculation earlier this year that he’d be ousted (and, apparently, his own desire to leave): “If you have anyone who can do a better job, please let me know. They can have the job. Is there someone who can do the job better? They can have the reins right now,” Musk tells the Times.

But there are other ways Musk could rest easier at night. He could care less about those pesky short-sellers. Or he could heed the Tesla board and stop tweeting.