Martin Tripp has made a powerful enemy. 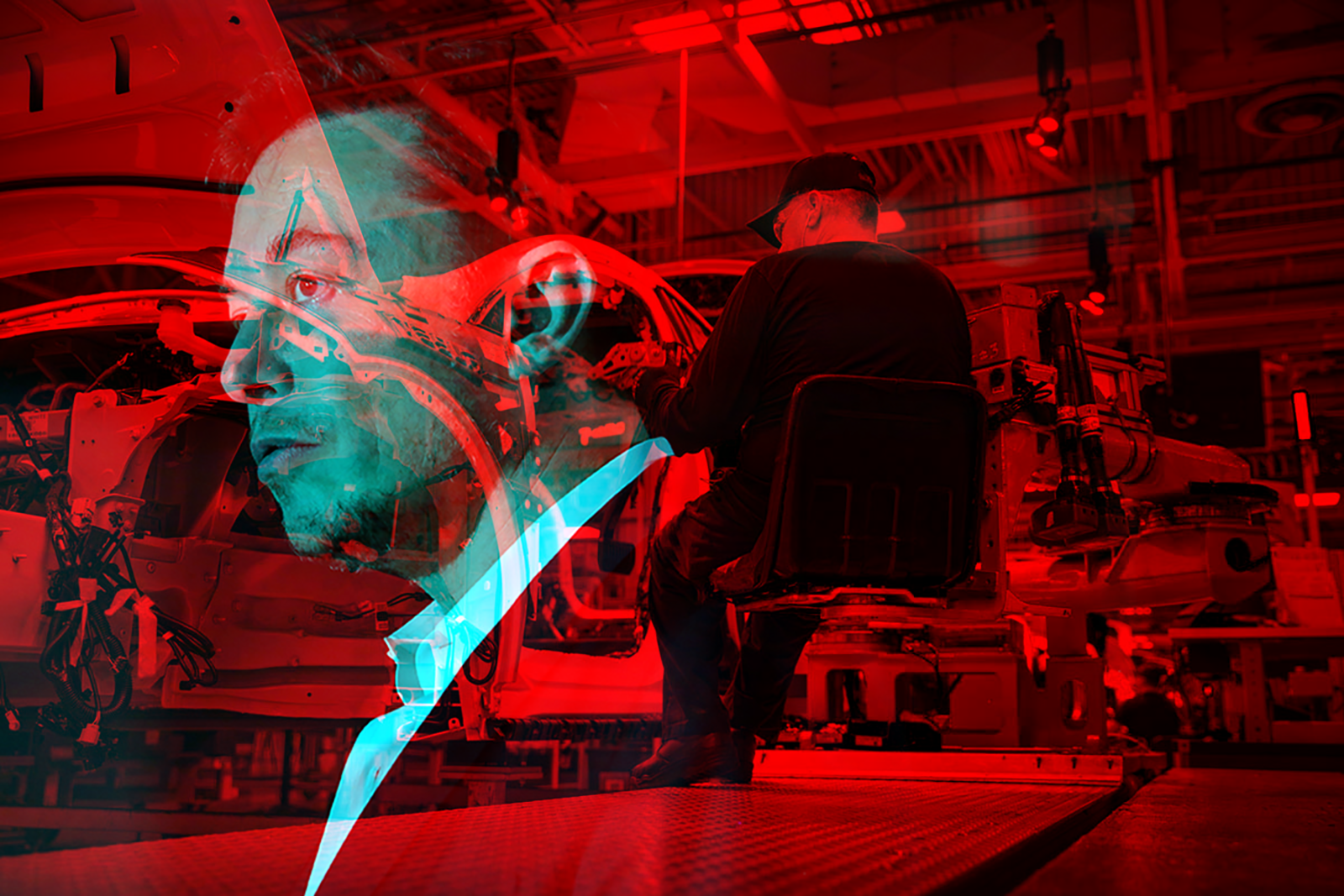 With a net worth north of $20 billion who might hold humanity's future in space, on Earth, and even below earth, Elon Musk is probably pretty high on the list of people you don't want as your enemy.

Alright, "destroy" is a strong word. He probably just wants to bankrupt the guy and leave his reputation in the gutter.

So, who is Martin Tripp and what did he do to piss off Musk?

That depends who you ask.

Sunday night, Musk sent an email to Tesla employees asserting there was a traitor in their midst. "I was dismayed to learn this weekend about a Tesla employee who had conducted quite extensive and damaging sabotage to our operations," wrote Musk. "The full extent of his actions are not yet clear, but what he has admitted to so far is pretty bad."

According to Musk's email, the saboteur said his actions were a form of retaliation toward Tesla for passing him up for a promotion.

Martin Tripp was that employee. But we didn't learn that until Tesla filed a lawsuit against him on Wednesday. Tesla's suit alleges that Tripp hacked Tesla's computer systems, stole gigabytes worth of confidential data, and told news outlets straight-up lies about the company.

Tesla said it planned to prove exactly how much it deserved to receive in damages during the trial, but given the claims in Tesla's lawsuit, you can bet it's not peanuts.

So, to Tesla, Martin Tripp is a disgruntled former employee. Tripp, however, sees himself as something else: a whistleblower.

Earlier this month, Business Insider published an article claiming an anonymous source told them Tesla was generating tens of millions of dollars in waste and producing cars with potentially faulty batteries. On Wednesday, Tripp admitted in an interview with The Washington Post that he was that source.

He also told the paper he "could literally care less" about not getting a promotion and was simply attempting to inform the world about what he saw as a potential danger.

A statement released by a Tesla spokesperson today and confirmed in an email to Futurism is adding another disturbing layer to this he said/he said story:

“Yesterday afternoon, we received a phone call from a friend of Mr. Tripp telling us that Mr. Tripp would be coming to the Gigafactory to ‘shoot the place up.’ Police have been notified and actions are being taken to enhance security at the Gigafactory.”

Tripp told The Post he never made such a threat, and the local sheriff's office told the paper “after several hours of investigation... there was no credible threat.”

Even so, an email exchange from June 20 shows that things got pretty heated between the two:

New: Here's the full email chain - confirmed by Tesla - between Elon Musk and Martin Tripp. We also have news about threat allegations at the Gigafactory and responses from Tesla, Tripp and local law enforcement https://t.co/qb9cNIkiWC pic.twitter.com/Y5ARtz9i9W

So in the brief time in which Tripp has been on Musk's radar as a potential threat, he's already facing a lawsuit from a multi-billion dollar company and accusations of being a potential mass-shooter.

Even if Tesla's lawsuit doesn't go the way the company hopes, hard to believe the past few days won't make others think twice about crossing Musk in the future.

Read This Next
The Saga Continues
SpaceX President Defends Elon Musk Against Sexual Misconduct Claims
Thanks Man!
After Sexual Allegations, Elon Musk Jets Off to Brazil
Wait Wait
Elon Musk Has a Ridiculous Excuse for Why He Suddenly Doesn't Want to Buy Twitter
Musk Gonna Musk
Experts Say That Elon Musk Has No Idea How Math Works
Market Madness
Bill Gates Says He's Quite Concerned About the Global Economy
More on Future Society
Tax the Rich
Monday on the byte
Millionaires Protest, Demanding to Pay More Taxes
THAT Number
Monday on the byte
Elon Musk Has Officially Lost $69 Billion This Year
Hot Tip
May 22 on the byte
Tesla Driver Briefly Trapped in Burning Car, Kicks Out Window
READ MORE STORIES ABOUT / Future Society
Keep up.
Subscribe to our daily newsletter to keep in touch with the subjects shaping our future.
+Social+Newsletter
TopicsAbout UsContact Us
Copyright ©, Camden Media Inc All Rights Reserved. See our User Agreement, Privacy Policy and Data Use Policy. The material on this site may not be reproduced, distributed, transmitted, cached or otherwise used, except with prior written permission of Futurism. Fonts by Typekit and Monotype.